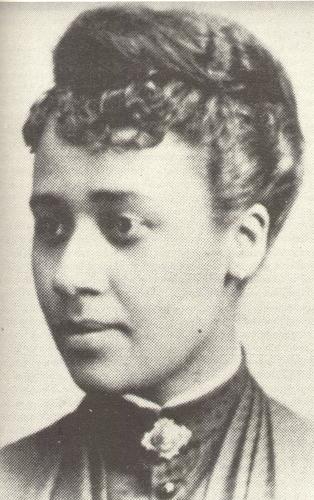 Cooper was one of the pre-eminent scholars of her day, earning a bachelor’s and a master’s degree from Oberlin College despite having been born a slave in North Carolina just before the Civil War.

A black-liberation activist, Cooper spoke and wrote frequently about black womanhood. Her 1892 book, A Voice From the South by a Black Woman of the South, is a classic black feminist text, and her 1893 speech, “Women’s Cause Is One and Universal,” delivered in front of a mostly white audience at the World’s Congress of Representative Women in Chicago, illuminated the stark differences between white women and black women:

The white woman could least plead for her own emancipation; the black woman, doubly enslaved, could but suffer and struggle and be silent. I speak for the colored women of the South, because it is there that the millions of blacks in this country have watered the soil with blood and tears, and it is there too that the colored woman of America has made her characteristic history, and there her destiny evolving.

Let woman’s claim be as broad in the concrete as in the abstract. We take our stand on the solidarity of humanity, the oneness of life, and the unnaturalness and injustice of all special favoritisms, whether of sex, race, country or condition. If one link of the chain be broken, the chain is broken. A bridge is no stronger than its weakest part, and a cause is not worthier than its weakest element. (Article)