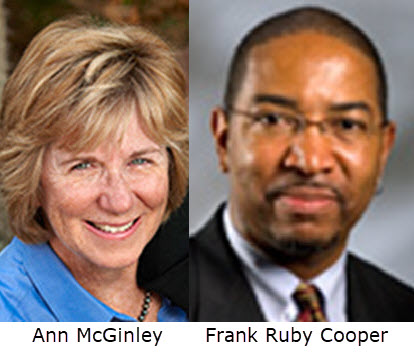 We spent much of the last three years conceiving of and producing our edited collection, Masculinities and the Law: A Multidimensional Approach. Creating the book entailed surveying the most important masculinities work touching on law by scholars in both law and the social sciences. We then switched gears and solicited legal scholars of gender, race, and other aspects of identities to write original essays on masculinities. The topics range from norms about who can be a firefighter to the way norms of masculinity influence the behavior of policemen and soldiers; from employment discrimination against masculine cocktail waitresses to that against transgendered employees; from the contradictions of legal treatment of fathers in the U.S. to the ways unauthorized migrant fathers use the dangers of border crossing to boost their masculine esteem; from how Title IX fails to curtail the masculinity of sport to the racist assumptions behind the prison rape debate; from the complicated nature of women's veiling in Turkey to the surprising roots of homophobia in Jamaican dancehall music. In drawing these insights, the authors also stage important conversations between varied schools of thought. The book draws on feminist theory, but also on critical race theory in its forms of AsianCrit, critical race feminist, and LatCrit theories, as well as on the related approaches of ClassCrit and queer theories. Both topically and methodologically, therefore, the book is appropriately termed “multidimensional.”

The principal site of analysis for MMT is masculinities. That means we are paying attention to norms--be they hegemonic in general or only in particular contexts--regarding what it means to be manly. These norms play out in how individuals see themselves, how they are seen by others, and how they perform their identities in order to influence how they are seen. Norms about masculinities also influence how law is conceived of and enacted in practices. Finally, those norms inform cultural assumptions that influence identity formation and law. We thus see masculinities at work in behaviors, institutional structures, and discourses about how the world does or ought to work (ideologies).

The point of MMT is to look at matters in a multidimensional way. That means considering masculinities to be multifaceted and in perpetual motion. The concept of multidimensionality is invoked by the cover of the book. Drawn in pencil, the Rubik's Cube has a somewhat provisional look. With its different colored squares mixed up, it suggests a clash among different elements. That dynamism is heightened because the cube is tilted, suggesting that the whole unit, not just its parts, is in motion.

This Rubik's Cube metaphor demonstrates the two basic principles of multidimensionality theory. First, identities are co-constituted. If the red squares are thought to represent the individual's race, we must always bear in mind that the individual also has gender, class, and sex orientation identities, among others. When we move a red square to the front of the cube (if any side can be said to be the front), we also move the green, brown, orange, and other colored cubes into new positions. Metaphorically and in real life, race is linked to gender, class, sex orientation, and other identities. The impression that a red square makes on you is affected by what other squares are around it. Likewise, race does not have one meaning, but its very meaning is influenced by the other identities that are in play. Think about it this way: Doesn't it matter whether you are black and male or black and female? The precise combination of one's identities is what both gives the individual her sense of self-identity and influences exactly how others see that individual.

Moreover, though, the Rubik's Cube metaphor also demonstrates multidimensionality theory's second basic principle, that context is crucial to the formation and interpretation of identities. The Rubik's Cube may be turned to present just one side or a few sides to the viewer. It may be mostly red, brown, and orange when it is presented that way. Think of the perspective the viewer of the cube is presented with as akin to an individual changing how she presents herself in different contexts. When interacting in an art gallery, an individual may choose to present her creative side; when in a business meeting, she will present her more formal side. Like the Rubik's Cube, when an individual moves into different contexts, she will reveal different facets of herself. In this sense, the individual elements of the Rubik's Cube and of our identities are both intertwined and context-dependent.

Our book seeks to expand critical legal theory by considering a set of cultural and legal norms--masculinities--that have been under-explored, and to do so in a multidimensional way. It is our premise that masculinities studies offer insights that, especially when using a multidimensional lens, will aid in improved legal interpretation. This essay explains the origins and premises of masculinities theory, the underlying concepts of multidimensionality, and how the two sets of theories can work together to analyze and criticize legal decision-making. Our ultimate goal is to urge lawmakers and judges to adopt new perspectives on issues of human behavior in order to improve law and legal interpretation.

Multidimensional masculinities theory attempts to unify three different areas of inquiry--masculinities theory, multidimensionality theory, and law--to arrive at a deeper understanding of how gender, race, national origin, religion, sexual orientation, class, and other identity factors are present yet often invisible in legal theory and doctrine. Multidimensional masculinities theory of law argues that we must always simultaneously consider gender, race, class, and other identities, but we must also shift lenses to focus primarily on a particular identity that is foregrounded in that cultural context. Multidimensional masculinities theory thus explores how particular concepts of masculinity are used to produce power in ways that differ depending on what other categories of identity they interact with, and in what cultural context. Using that approach reveals how individual men and groups of men achieve and retain power, that there are differentials among men, and how these differentials harm both women and many men. Because much legal analysis is based on narrow conceptions of how and why people act in certain ways in particular situations, MMT can change how law is interpreted and applied. We believe that these changes will result in a more just society.