Why the Equal Rights Amendment Would Endanger Women's Equality: Lessons from Colorblind Constitutionalism 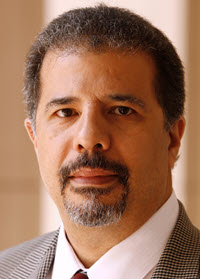 In 2020, Virginia became the thirty-eighth state to approve the Equal Rights Amendment (ERA), reaching the minimum number of states required to amend the United States Constitution. Though the ERA's legal validity remains an open question, it has achieved a milestone for those who seek its enactment. ERA supporters believe the amendment would advance and strengthen women's equality. Support for the ERA is understandable given that women's equality in America remains grossly under-achieved and the Constitution does not explicitly guarantee sex equality.

This article makes three claims. First, and most importantly, the ERA would endanger equality for women because it would likely prohibit government from addressing sources of women's inequality that government is authorized to address under current law. The reason is that the ERA would likely require the government to be “sex blind,” that is, ignore virtually all distinctions based on sex. Sex-blindness would preserve the status quo of sex hierarchy by forbidding efforts to remedy women's inequality as such efforts necessarily require taking account of, or “seeing,” sex. Race law provides an important and troubling lesson. The Court's colorblind constitutionalism, its increasing trend to forbid government from taking account of race in decision-making, has resulted in leaving significant racial inequalities beyond the power of government to remedy.

Second, to the extent the ERA's dictates would promote women's equality, those dictates already exist under current equal protection doctrine. Third, the ERA would have no effect on key goals of ERA supporters, such as advancing equal pay and reducing sexual harassment and violence against women. In short, the ERA is unnecessary, inapplicable and, worst, dangerous to women's equality.

The article has four parts. Part I describes current laws that aim to promote women's equality and identifies significant inequalities that nonetheless persist. Part II describes the ERA and how its supporters believe it would aid in securing laws and policies to promote women's equality: namely, that the ERA would protect women against discrimination and harassment in the workplace, promote equal pay, support women's reproductive rights and parental responsibilities, and prohibit, or enable Congress to prohibit, violence against women.

Part III, the article's main contribution, explains what the actual effects of the ERA would likely be. Most importantly, the ERA would likely prohibit government from adopting laws or policies intended to advance women's equality, including with respect to discrimination, harassment, pay, parental responsibilities and violence. The ERA would also likely jeopardize single-sex schools and other educational programs. Part III also argues that the ERA is unnecessary to prohibit state-sponsored intentional discrimination against women because such discrimination is already presumptively unconstitutional under the Equal Protection Clause. The ERA would also fail to challenge laws that disparately impact women and would fail to apply at all to the private sector in which the majority of pay discrimination, sexual harassment and violence occurs. The ERA would thus not advance the goals of its supporters but would instead block promising reforms that could be pursued under current law. Part IV suggests the kinds of provisions that an alternative, more promising ERA could include if women's equality is to be advanced by constitutional amendment. A lesson of Part IV is that the ERA is not just worse than the status quo, it is far worse than what could be achieved for women's equality through an alternative amendment.

The ERA would likely require courts to treat sex more like race, subjecting all state-sponsored sex discriminations to strict (or even absolute) scrutiny, rather than to the intermediate scrutiny applied to sex classifications under current equal protection doctrine. Unfortunately for racial equality, the Court has applied strict scrutiny to prohibit race-conscious efforts to remedy past discrimination, and the current Court is likely to prohibit affirmative efforts to achieve racial diversity as well. Courts are also moving toward invalidating both laws that aim to reduce racial inequality through race-neutral means and laws that create liability for policies that disparately impact racial minorities. The ERA would ask the Court to do the same with sex. The effect would be that government policies designed to advance women's equality or to avoid having a disparate impact against women would be presumptively unconstitutional, even if pursued through sex-neutral means.

The failure of the ERA to address the sex inequalities of today is not the fault of those who proposed the ERA or of those who have fought for its ratification over the ensuing decades. When proposed in 1923, few, if any, Americans imagined that constitutional provisions that guarantee race and sex equality would be interpreted by courts to invalidate efforts to achieve race and sex equality. Intentional discrimination against Blacks and women, by government and private actors, was pervasive. Race and sex equality advocates sought to enlist the courts in prohibiting discrimination against Black people and women. But no one thought that constitutionalizing race or sex equality would prohibit the very political institutions that were oppressing Blacks and women from trying to rectify that oppression. Nonetheless, that is the state of the current Supreme Court jurisprudence on race, one that requires color-blindness even at the expense of racial equality and one that will likely be reinforced by the recent rightward shift of the Court. Similarly, the ERA would likely mandate sex blindness at the expense of women's equality.

Though it can be very disappointing to have come this far in constitutionalizing the ERA, we should not let hope for what could have been blind us from what could happen with the current ERA. The courageous advocates of the ERA can take pride in the legislative and judicial protections of sex equality that have no doubt been brought about because of their activism. What is needed now is a fresh start, a new ERA designed to fit the inequalities that persist today and one that prevents the courts from blocking such reforms. In the immediate term, we need to put the original ERA to rest.