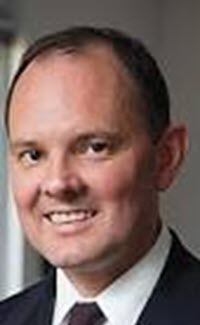 In recent years, calls for co-management of public lands by Native American tribal nations and the federal government have been increasing. To achieve ambitious conservation goals designed to mitigate the devastating effects of climate change, the federal government needs willing partners with a deep commitment to those goals. Tribal governments have long been interested in co-management of federal public lands, but obstacles have been high, fueled in part by ignorance and in part by ideological and sometimes partisan political opposition.

Federal public lands are, of course, a subject of significant contestation. To some, the very existence of federal lands is an affront to states' rights. Presidential candidate in 2016 and later secretary of housing and urban development Ben Carson famously advocated for “returning” federal public lands to the states. This statement was not well received by tribes because few of the lands in the federal public domain have ever been taken from states. The historical record shows that all of the current federal public land base was once tribal lands, and much of it can be traced to specific land cessions from tribes, often pursuant to Senate-ratified treaties or presidential executive orders that were later violated.

A well-known Native American author, Professor David Treuer, recently made a high profile and public call for the United States to return to tribes the most iconic public lands in the United States: the national parks. According to Treuer, “[T]here can be no better remedy for the theft of land than land” and “no lands are as spiritually significant as the national parks.” As discussed below, Congress recently returned a significant Fish and Wildlife Service refuge to a tribe in Montana. As our country continues to reckon with historical injustices, more actions may come.

In the meantime, a practical and politically viable path lies between the two extremes of giving away federal public lands to the states or returning all of these lands to the tribes. A simple path to tribal co-management already exists in federal law. It has been authorized by Congress for more than twenty-five years and requires no significant new congressional action. The time is right to refocus on this important existing pathway.

Tribes have been seeking a much more meaningful role in the management of public lands. For example, tribes have sought to help manage the contested Bears Ears National Monument in Utah and the Badger-Two Medicine Forest lands in Montana. The arguments in favor of tribal co-management are powerful. In the public lands space, at least one conservative property-rights organization has held up tribes as better stewards of land than the U.S. Forest Service. Indeed, in some ways, the claim that the federal government should engage tribal nations in the management of federal public lands is stronger than ever. So-called “green groups” are calling more and more for tribal co-management to bring tribal governments to the table to help advocate for strategies to address climate change.

Tribes also have deep subject matter expertise. For centuries, tribes have been stewards of the land in North America. Moreover, much of the federal public land in the western United States is “ceded land,” that is, land given up by tribes in treaties when tribes simultaneously “reserved” remaining lands as perpetual homelands, commonly called “reservations.” In addition to an ongoing affinity for these lands, many tribes continue to possess legally recognized, off-reservation treaty rights to hunt, fish, and gather on federal public lands. Some federal public lands also encompass places that are sacred to tribal communities. These sacred places could be managed in a more effective and respectful manner with greater tribal involvement, reducing conflict and improving stewardship. Tribes also have a strong desire to engage in land, wildlife, and resource management.

Legal infrastructure already exists in federal law to support greater tribal management or co-management of federal public lands. While some modest federal appropriations could help, no major new legislation is essential to achieve substantially more progress in this area. And tribes already have a handful of agreements with federal agencies.

In the Indian Self-Determination Act of 1975, tribes gained the federal authority to contract for the operation of federal programs traditionally run by the Bureau of Indian Affairs (BIA) and the Indian Health Service (IHS). In the 1970s and '80s, tribes began to contract many of the programs of the BIA and the IHS. In 1994 Congress further authorized tribes to contract with federal land management agencies, much as they have with the BIA and the IHS. To tribes, expanding the contracting regime beyond traditional tribal self-governance programs held great promise. Opportunities abound for partnerships between tribes and federal land management agencies, such as the Bureau of Land Management (BLM), the U.S. Forest Service (USFS or “Forest Service”), and even the National Park Service (NPS or “Park Service”). Not surprisingly, Indian reservations throughout the United States lie contiguous to, or at least near, many of these federal public lands. In federal treaties and executive orders, tribes “reserved” some lands while ceding contiguous lands nearby; many of the land cessions remain in federal ownership.

Despite widespread agreement that tribes have been successful in performing functions for the BIA and the IHS and that tribal contracts have resulted in improvements in federal services, tribal management of public lands has been very limited. Tribes have had comparatively little success in contracting with the federal land management agencies. The contrast in sheer numbers is striking: compared to more than 600 annual contracts with the BIA and IHS in recent years, tribes have entered into fewer than a dozen contracts annually with all of the land management agencies within the Department of the Interior (DOI or “Interior”) combined, including the BLM, Fish and Wildlife Service (FWS), and NPS. Tribes have also seen little success, so far, in contracting with the USFS under a similar regime within the Department of Agriculture. Based on the numbers alone, it is fair to conclude that the congressional initiative to encourage federal-tribal contracts related to public land management has failed. The failure of this initiative is surprising because tribal capacity for this kind of work has grown substantially since 1994 and continues to increase. Making progress would seem relatively simple.

So why has this tribal and congressional initiative failed? What is preventing the federal government from entering into agreements with tribes? What efforts can be taken to make this initiative successful? This Essay seeks to answer those questions. It first provides a brief history of the development of the applicable federal laws, identifies barriers to greater tribal management of federal public lands, and recommends ways to break down those barriers. Part I briefly summarizes the history of the tribal self-determination initiative and the expansion of these initiatives to federal land management agencies. Part II examines the existing contractual arrangements with three land management agencies and explores the details of these arrangements. Part III addresses the legal, cultural, and political obstacles that have hampered past agreements and those that could hinder future negotiations. Lastly, Part IV offers policy recommendations for future contracting agreements. Tribes can make the case that they can perform federal functions on some federal lands more competently than the federal land agencies themselves due to the comparative tribal advantages on federal public lands that lie in and adjacent to their aboriginal homelands.

At a time when all nations must work together to address the effects of climate change, federal co-management with tribal nations can bring new tools, new expertise, and new players to bear on the federal conservation agenda. Tribal co-management can be achieved in many ways, but a good way to start is to use existing mechanisms that Congress already has authorized.

Tribal contracts with federal land management agencies, though modest, appear to be working well. When tribes manage public land, they bring a long-standing and deep commitment and stewardship. They also have strong resources to bring to bear, including traditional ecological knowledge developed over centuries.

Strong potential exists to develop many more such contracts and relationships. Now is a good time to take a fresh look at the existing tribal contracting program on public lands and work to breathe new life into it.