The History of Indian Legal Services 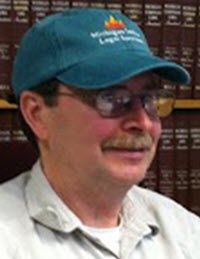 Since 1966, Indian Legal Services programs have shaped the development of Indian law in state and federal courts and the advancement of tribal justice systems using limited resources. These programs primarily provide civil legal assistance to members of Indian tribes, focusing on the special and complex legal problems that arise in Indian country.

The early history of Indian Legal Services is entwined with the history of the Office of Economic Opportunity (OEO) and the War on Poverty. The OEO was the agency responsible for administering the War on Poverty programs created as part of President Lyndon B. Johnson's Great Society legislative agenda. Programs such as VISTA, Job Corps, Community Action Program, and Head Start (which was later transferred to the Department of Health, Education and Welfare) were all administered by the OEO.

One of the components of the War on Poverty was funding for programs that provided civil legal services to the poor. For the first time, legal-aid lawyers would be available on Indian reservations: “In 1966 the Office of Economic Opportunity (OEO) began to provide legal representation in civil matters... Before then, legal representation for Indians was virtually unavailable.” Legal representation was not available for many reasons. First, there was pervasive poverty on Indian reservations, something that continues today. “Given the best available data from the U.S. Census... child poverty rates among American Indians and Alaska Natives have consistently exceeded 40% for almost the past 30 years.” Second, Indian reservations are generally located in remote and large geographic areas. For example, “[t]he Navajo Nation extends into the states of Utah, Arizona and New Mexico, covering over 27,000 square miles of unparalleled beauty. Diné Bikéyah, or Navajoland, is larger than 10 of the 50 states in America.”

While Michigan Indian reservations are much smaller than reservations in the west, they are remote. For example, the reservation of the Lac Vieux Desert Band of Lake Superior Chippewa Indians is located near Watersmeet at the western end of the Upper Peninsula. Detroit is closer to Washington, D.C. (526 miles) than it is to Watersmeet (554 miles). Clients looking to retain an attorney may find it difficult. The Keweenaw Bay Indian Community is in Baraga County, where there are only six attorneys; three are employed by the Keweenaw Bay Indian Community, one is a judge, and one is the prosecuting attorney.

Finally, there is the complexity caused by difficulties in determining jurisdiction. The first question usually asked is, which law applies? There is not always an easy answer, as criminal jurisdiction varies from state to state. Jurisdiction may be determined by the membership status of the defendant and many other factors, including whether the outcome will interfere with the right to self-governance.

Native Americans have special access barriers created by distance to services, ethnic and cultural consideration, and the special and complex nature of their legal needs.

Since the mid-1960s, specialized legal aid offices, located mostly in western states and a few states east of the Mississippi, have worked to provide legal help to families and tribes.

James A. Keedy is a staff attorney with and former executive director of Michigan Indian Legal Services (1988-2018).