The Supreme Court and Racial Progress 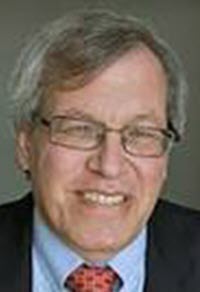 The Supreme Court has been a dismal failure in dealing with issues of race throughout American history. I fear that the foreseeable future with six conservative justices offers little basis for believing that the Court will be a force for racial justice. Indeed, I see a likelihood in the immediate future of just the opposite. However, I am hopeful that other institutions can, and will, act. The racial reckoning in the United States that began last May after the tragic death of George Floyd saw protests for racial justice in all fifty states. I am very hopeful that they will be the impetus for real change.

It is understandable why so many people look to the Supreme Court to advance racial justice because the political process has often failed. Americans want the Court to give meaning to the majestic language of the Declaration of Independence and to the constitutional guarantee of equal protection. We take heart and encouragement from when this occurred, most notably from cases like Brown v. Board of Education. We know to a certainty that elected Southern legislators and judges would not have ended segregation in 1954, or for a long time after, without the Court giving meaning to such guarantees.

Today, legislators and elected officials are still systematically disenfranchising minority voters. Americans expect the judiciary to enforce the Constitution and move our society towards greater equality. This Article addresses three questions. Looking back and looking across time and issues, Part I asks and then analyzes how the Supreme Court has done regarding racial justice. Part II explores what we can expect to see from the Court in the foreseeable future. And perhaps most importantly, Part III explores the answer to the question of who will pursue advances in racial justice if not the Court and provides suggested institutions to fulfill this role.

Though this Article paints a bleak picture with regard to the Supreme Court, there can be tremendous advances for racial justice through other avenues, such as the ones discussed in Part III. If these other avenues for change are used, there is enormous hope and optimism for the future.

Over the course of American history, there have been tremendous advances in our society with regard to equality and liberty. There, of course, is tremendous work to be done to solve the great racial inequities that remain in American society. But no one can deny that there has been progress. I was born in 1953 at a time when every southern state was segregated by law. There is an enormous way to go with regard to progress in terms of sex equality, but there has certainly been great progress in all of our lives. With regard to sexual orientation, it was just six years ago that the Supreme Court held that state laws prohibiting same-sex marriage violate equal protection and deny due process. There also has been a tremendous growth in individual freedom over the course of American history.

Dr. Martin Luther King, Jr. got it exactly right when he said, “The arc of the moral universe is long, but it bends towards justice.”