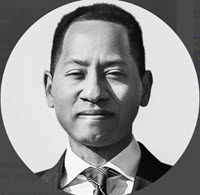 In a capitalistic society, if one is legally denied fair access to capital relative to one's compatriots, one is effectively enslaved. By 1921, in the broader United States of America, as in Oklahoma, an entire race of persons had been defined in law, and then marked, as inferior from birth and through death to populate and to re-supply the country's bottom caste as a matter of constitutional law. These are the African Americans.

Particularly during the period 1896 to 1954, this group was left with almost no legal recourse for crimes and civil wrongs committed against its members. And these actual rules of law--a bulwark of systemic racism built that way expressly and on purpose why the Tulsa Race Massacre proved so successful for its perpetrators in the first place and remains so successfully unresolved as a matter of law 100 years later. The 1921 Tulsa Race Massacre was nothing but a belated continuation of the violent dismantling of African American aspiration that had proven to be the most effective abortifacient of Reconstruction: targeted assassination of self-sufficient Black people. The continuous failure of any court petitioned by victims to correct course, this essay shows, is a marker of success of an extremely expensive and Byzantine court system largely designed to fail African Americans, who, as a bottom-caste disfavored minority, lack the capital to compete in it against well-resourced white elites, including the government of the State of Oklahoma.

Publishing the commentary presented live at the 2021 Tulsa Law Review Symposium, this essay exposes and critiques the behavior of those systems and courts of law that have been called upon to correct the injustices of 1921 over the last 100 years. Assuming the reader's rudimentary knowledge of what happened in Tulsa's Greenwood District in 1921 (hereafter “The White Riot”), the essay opens with reference to the various judicial interventions requested by victims starting right away in 1921 and continuing into the present, those requests' aims, and the courts' consistently failed outcomes with respect to redressing the victims for their government's and fellow citizens' plain violations of their civil rights.

Using the Greenwood example as a unit of analysis for how federal courts actually function when it comes to African-American litigants' economic claims against white institutional purveyors of systemic racism, the essay draws equally from interim conclusions within a major contribution to the understanding of civil rights litigation in the United States today: an in-progress longitudinal study that has built a data set characterizing and categorizing fifty recent federal civil rights cases in a study within the period of 2011 to 2021. The resulting analysis posits particular observations that are supposed to compel reform-minded scholars, lawyers, and judges to revisit the realities visible in the ongoing Greenwood crisis--which reflect more judicial disgrace than political failure, and whose patterns are visited upon typical African-American civil-rights plaintiffs today.

The essay's major thesis is that, with regard to victims of the state-sponsored destruction of African-American economic empowerment, the courts operated and are operating toward Greenwood survivors exactly as they were (and are) supposed to operate in the United States: as racially biased harbingers designed to backstop the bigotry of white elites--that is, to keep dispossessed-yet-uppity African Americans in check whenever such restive Negroes dare to challenge powerful white parties by demanding any form of economic reparation in a court of law, including and especially as remediation of white-orchestrated employment discrimination in violation of Title VII of the Civil Rights Act of 1964, the bases of the cases in the dataset. The essay's critique focuses on the facilitation by federal courts of the continual violation flowing from the Greenwood Massacre and similar events, drawing on primary sourcing of the type almost never analyzed in legal scholarship and rarely appearing in case books due to biases apparent in both the dismissal opinions themselves and in reporter-publication decisions, as well as in practitioners' reluctance to announce results that could detrimentally be regarded and dismissed as “attorney failure” in the practice of law.

The essay's historical arguments are informed by the powerful personal encounters this author had on March 9, 2005, when he, with other members of the Harvard Black Law Students Association under the sponsorship of Professor Charles J. Ogletree, Jr., of Harvard Law School, escorted approximately twenty of The White Riot's victim-survivors around Washington, D.C., to senators, representatives, and other officials as a Supreme Court petition for certiorari was being filed on their behalf to allow them recourse into federal court to go after the State of Oklahoma for ordering and staffing the mass execution. The essay exposes the ultimate denial of recourse by the Supreme Court as actuating the chilling messaging as received by the average Black litigant in federal court: this public space is whites-only.

The essay then likens this dispositive denial to the plight of African Americans bringing claims as alleged victims of employment discrimination--the ones in the forthcoming data set referenced is in developmental status. This group forms approximately twenty-five percent of the current federal courts' civil dockets, in which twenty percent of all civil litigants are now pro se and in which, this essay suggests, virtually every Black plaintiff fails to achieve just results (i.e., making victims of discrimination “whole” while white victimizers not only prosper but also continue their offending patterns and practices, all while white defense law firms are enriched by the white-victimizer clientele investing in billable hours to financially revictimize Black people through defense lawyering favored by the federal courts.

This central claim, again, is that the federal courts function as racially biased harbingers designed to keep dispossessed-yet-uppity Negroes in check whenever they dare to challenge powerful white parties by demanding any form of economic reparation in a court. This is not an overbroad finding, as careful qualitative analysis published in preexisting studies, scholarship, and reports as well as the author's assessment of federal courts' deny-and-dismiss responses to the Tulsa Race Massacre victims' petitions will evidence.

The essay's subsidiary thesis is that the centennial observance of the racial scar that is the Tulsa Race Massacre (a continuing violation, in this scholar's estimation)--with the backdrop of the historic long, hot summer of 2020 looming--offers an unparalleled moment for reform. For the first time since 1968, a national-consensus awareness of systemic racism appears to be reckoning with a burning desire for systemic reform of policy toward African Americans and of the management of the federal court system, though the latter inquire is misplaced at the Supreme Court, as noted within this essay. With Greenwood as the focus and the dataset as a confirmatory contemporary exercise to be released in 2022, this essay sets out justifications for specific court reform that can serve to reestablish the legitimacy of the federal courts where African Americans are concerned by fostering justice (i.e., economic victories) rather than continuing the federal courts' centuries-deep tradition of facilitating the continuous subjugation of African Americans in the fundamentally determinative space in a money and knowledge economy: the job market.

A product of the available evidence from full case records (and not just the reported decisions that themselves usually propagate false narratives about what actually happened in civil-rights cases the chief assumption underlying the essay's suggested reforms is that individual district court judges' aggregated biases, informed by the politically favored manners in which they acquired these patronage jobs, cause them to go against African-American civil-rights litigants seeking economic damages in virtually every case. As the essay's most constructive promise, this set of reforms may be minted as “Reforms Inspired by Greenwood Survivors' Fatalities in Federal Court.”

Thus, the deferred justice in the Tulsa Race Massacre cases is a powerfully illustrative point of departure. Presenting this set of arguments within this Symposium Issue serves to re-orient the national discussion of systemic racism and social justice. This discussion must be fused into the concurrent discussion of “court reform,” which is focused, short-sightedly, on the popular critiques of the current composition of the Supreme Court of the United States, even though that is the forum where African-American victims of systemic racism today are almost never guaranteed to be heard anyway, for reasons exposed in the essay's analytical passages exposing systemic racial bias in the federal courts. The Court Reform proposals offered in the conclusion of this treatment long precede the louder proposals superficially based on the Band-Aid solution of court packing the highest court; the proposals unveiled in this essay tackle the systemic racial bias from the ground up--in the federal district courts that generally fail African-Americans, just as they have failed in every single case brought by The White Riot survivors. The essay thereby concludes on a note of hope, positing that these reform principles already have received a serious early hearing in Washington, D.C., among stakeholder audiences including the National Conference of Black Lawyers and listeners and callers to WBGR independent radio, independent avenues of creative discourse that should inform the legal academy's foray into court reform in the spirit of the multi-disciplinary Symposium out of which this essay grew.

I believe that American people, American justice, Oklahoma, everybody is in a “convictable posture,” but sometimes you have to bring a little light to it. Those are the two major points of reform. The other thing you do when you make it a three-judge proposition (yes, that takes away a lot of power of an individual judge), but the big thing you do is you will inherently diversify.

Professor Lani Guinier has said that when she was winning all of those cases for the NAACP, every time someone else worked on a brief with her, the brief got better. And if you get multiple people, you are more likely to have a woman or two or three in there. Ethnic diversity, other types of diversity can come in. These are matters of impression. We are all deeply raced. We are all deeply informed by or limited by certain experiences or non-experiences, so if we can bring it together, then we can look at the problem more comprehensively.

Those are the two big ones: more people, more exposure. Everything else derives from that. I will save these remaining, as Professor cummings said, “aggressive” forms of reform for discussion later on.

I thank you all for inviting this conversation and for allowing me to stand here and offer an unusual critique of federal courts and judges, and unusual because you have to go before these people all the time, and the judiciary can be quite imperial. And I think that if we can implement some of these reforms, then we can prevent another 100-year travesty of injustice that we have all seen in this state and these courts that have failed these victims.