Evidentiary Policies Through Other Means: The Disparate Impact of "Substantive Law" on the Distribution of Errors among Racial Groups

Excerpted From: Gustavo Ribeiro, Evidentiary Policies Through Other Means: the Disparate Impact of "Substantive Law" on the Distribution of Errors among Racial Groups, 2021 Utah Law Review 441 (2021) (146 Footnotes) (Full Document) 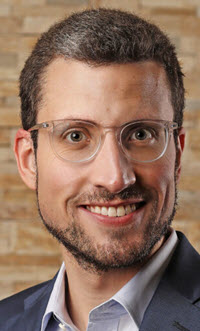 Evidence determines winners and losers in a lawsuit. But the impact of evidence, and the body of rules governing it, are not limited to the outcome of cases. Evidence can affect how (or whether) laws are enforced and policies promoted. For instance, evidentiary rules can alter individuals' incentives outside the courtroom by partially determining the expected outcomes of potential lawsuits. Evidence can also affect the distribution of legal entitlements in society. Policymakers seeking to alter wealth or income distribution across or within different social groups can use evidentiary devices to do so.

Much of this is known to legal scholars. The relevant literature, however, has not paid enough attention to the inverse relationship between substantive and evidence law. That is, they have not focused sufficiently on the different ways "substantive law" affects policies traditionally associated with evidence law--"evidentiary policies." This omission comes with potentially high social costs for defendants' procedural due process safeguards, particularly for members of minority groups. This Article fills this gap by developing an analytical framework to assess how changes in "substantive law" influence evidentiary policies.

The Article focuses on three related evidentiary policies. The first is accuracy, which courts and scholars consider a central objective of evidence law. Improving the accuracy of legal fact-finding is not an exclusive function of evidence law; different substantive rules and doctrines also influence the accuracy of legal decisions. Consider, for instance, the criminalization of perjury. Individuals willing to come forward and testify under oath have an incentive to tell the truth because they will likely face a sanction if they fail to do so. The expected result is an increase in truthful testimony--and a corresponding increase in accuracy--in legal proceedings.

Albeit valuable, accuracy is neither free nor cheap. The cost of litigation-- and fact-finding, in particular--is also an important consideration in evidence and procedural law. Substantive law also plays a role in determining the expense of adjudication. Copyright law presents two interesting and surprising examples of substantive rules with important effects on litigation costs. For instance, the eligibility requirements for copyright protection that an author's work be creative and fixed in any tangible medium of expression gain special significance when viewed as mechanisms to reduce litigation costs in copyright cases.

The prohibitive costs of perfect accuracy mean that we should expect to make mistakes. Since we cannot eliminate all errors from an adjudicative system with limited resources, we must decide which errors we are willing to accept and which are worth spending more resources to avoid. This brings us to another policy goal of evidence law: the allocation of the risk of errors between parties. Standards of proof stand out as an especially important evidentiary mechanism with this function. For instance, a preponderance of the evidence standard is meant to share the risk of error between litigants in (almost) equal fashion. Accordingly, it is often used in cases, such as private monetary disputes, where the dominant belief is that we should be less concerned about how errors are distributed between parties. On the other hand, in criminal cases, where defendants' life and liberty are at stake, we resort to a beyond reasonable doubt standard, which is meant to reduce the likelihood of an erroneous judgment against defendants.

The final error distribution is also a function of other factors, such as legal factfinding accuracy and how rules are designed and applied. Substantive rules can alter the error-distribution by changing these factors in a myriad of ways. This Article develops an analytical framework to identify and assess these impacts in a variety of situations. For instance, it shows how legal reforms in "substantive law" that decrease legal fact-finding accuracy might also result in a corresponding error distribution that is less protective of defendants.

The Article also discusses the disparate racial impacts that reforms in "substantive law" can have on Black and White defendants. The Article uncovers another form of racial disparity in our legal system seldom discussed by legal scholarship: because the appearance of guilt is unevenly distributed across races, White defendants are often afforded a more protective error distribution than Black defendants. For instance, the Article shows that legal reforms that decrease accuracy can lead to an error distribution that is less protective of Black defendants but more protective of White defendants. The effects of substantive law on allocating error risk between parties raise important concerns for different doctrines, including procedural due process. The Supreme Court has consistently held that due process requires an error distribution strongly biased in favor of criminal defendants. However, as this Article shows, even small legal changes can move away from that requirement. Scholars and practitioners often fail to consider these effects when discussing changes to existing "substantive" laws. This omission comes at a potentially high cost for defendants' procedural due process and other constitutional safeguards, especially for minority groups.

This Article proceeds in two parts. Part II examines ways to pursue policies traditionally associated with substantive law using tools from the evidence toolbox. It focuses on how evidence rules and doctrines can alter incentives outside the courtroom and the distribution of entitlements in our society. Part III presents the flip side of the same coin, addressing specific ways substantive law can affect evidentiary policies, including improving accuracy in legal fact-finding, reducing litigation costs, and distributing the risk of error between parties. Special attention is paid to the allocation of the risk of error between parties and racial disparities between Black and White defendants.

Changes in substantive law can move away from a defendant-friendly error distribution, with potentially high costs for defendants' procedural due process and other safeguards, especially for minorities. This approach is very different from the one we employ today. Currently, the potential effects that changes in substantive laws might cause in the error distribution in a particular area of law or type of case virtually always go unnoticed. When discussing legal reforms, lawmakers rarely, if ever, explicitly weigh the consequences for evidentiary policies in general and the error-distribution in particular. This Article shows how such omissions are dangerous. Just like decisions about "procedure" can be disguised as Trojan horses for changing individuals' substantive rights, so too can decisions about "substance" unnoticeably affect defendants' procedural due process safeguards. We should always be aware of unexpected ways a legal change might influence our legal and constitutional landscape. This is cause for both optimism and caution as new policy tools become available. We can pursue evidentiary policies through many different means.