The Id, the Ego, and Equal Protection in the 21st Century: Building upon Charles Lawrence's Vision to Mount a Contemporary Challenge to the Intent Doctrine

Excerpted from: Eva Paterson, Kimberly Thomas Rapp and Sara Jackson, The Id, the Ego, and Equal Protection in the 21st Century: Building upon Charles Lawrence's Vision to Mount a Contemporary Challenge to the Intent Doctrine, 40 Connecticut Law Review. 1175 (May 2008) (120 Footnotes) (Full Document) 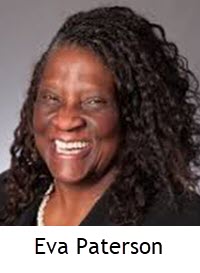 On September 20, 2007 thousands of marchers took to the streets to protest the severe criminal charges filed against six black high school students in Jena, Louisiana. Known popularly as the “Jena 6,” these students were accused of beating a white classmate after he and others had hung nooses on a tree in order to prevent a black student from sitting under it. In response to this series of events, the black students, all under eighteen years old, were charged as adults with attempted murder and conspiracy-charges that could result in decades in prison. The white students were briefly suspended but not charged with any crime. Although charges against the black students were later reduced, due in large part to public outcry, the underlying message was clear: equal justice in America is still a dream, not a reality.

While the Jena 6 incident was a disturbing and highly visible reminder of the continued prevalence of racism in America, the equally troubling reality is that far less visible forms of racism and discrimination occur everyday and go largely unchallenged. For instance, recent studies show that employers and landlords are more likely to respond positively to applicants with “white” sounding names; white Americans continue to receive superior health and medical services; blacks and Latinos are more likely to receive sub-prime mortgages; and schools populated with black and Latino students get fewer resources than those comprised predominantly of white students. Further, hate crimes against nearly all minority groups, and immigrant groups in particular, are on the rise-with more than half motivated by racial prejudice. In the two months following the Jena 6 protests, a rash of fifty to sixty noose incidents occurred across the country. Perhaps most troubling, and directly connected to all of these findings, recent studies link racial gaps in health and well-being-including higher infant mortality rates for African American babies-to the stressful and persistent effects of racism. 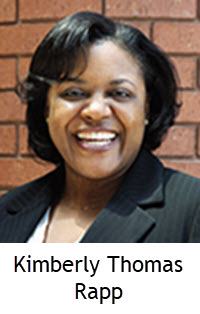 Although nearly four decades have passed since the height of the Civil Rights Movement, we have yet to address racial injustice in this country. Our politicians and courts laud the progress we have made towards becoming a “color-blind” society, but in reality, they too often mistake “race-blindness” with “racism-blindness.” Unfortunately, we need only look to the states that have passed measures banning race- and gender-based affirmative action to see that “color-blind” admissions and hiring policies produce largely “color-less” results. For instance, in the decade after California passed Proposition 209, which banned the consideration of race in public education and hiring, enrollment of black undergraduates at UCLA dropped fifty-seven percent, leading to the lowest enrollment of black students in over thirty years. During this same time period, California Minority Business Enterprises (MBEs) experienced a significant decline in public contracting awards. These outcomes are rarely attributable to overt racial discrimination; instead, they result from patterns of implicit bias and institutionalized racism that tend to repeat and normalize the status quo. Consequently, until we tackle the psychological and structural sources of racial inequality, we will remain stalled in our efforts to advance racial justice-particularly if voters and legislators continue to insist on taking consideration of race off the table.

This Article posits that in order to more effectively acknowledge and remediate racial discrimination, we need to put race back on the table. We need to develop legal, social and political paradigms that acknowledge the modern face of racism-both its overt manifestations, like in Jena, Louisiana, and also its less visible forms of prejudice and discrimination, including subconscious bias and institutional racism. Unfortunately, our existing legal framework recognizes only intentional acts of discrimination caused by individual perpetrators-acts motivated by racial animus. Falling outside this framework are instances where patterns of racially disparate impacts are clear-for example, the inferior provision of municipal services to predominantly black neighborhoods in the wake of Hurricane Katrina, or sentencing disparities for crack cocaine versus crack powder which, until recently, resulted in significantly longer prison terms for black drug offenders. However, these examples are not recognized because a guilty “perpetrator” cannot be identified. While the legislature, the Supreme Court, and the U.S. Sentencing Commission have remedied this oversight to some extent with respect to certain types of claims, such as employment discrimination under Title VII, we have yet to see the courts acknowledge evidence of unconscious or institutional bias where it matters most: in Equal Protection Doctrine. Plaintiffs bringing constitutional claims of race-based unequal treatment are without a remedy unless they can prove an actor's intended racial animus. This standard bars courts from acknowledging, or effectively remedying, the vast majority of contemporary race discrimination. It also confounds the long-standing tradition of civil rights lawyers and advocates utilizing the courts to advance racial equality. 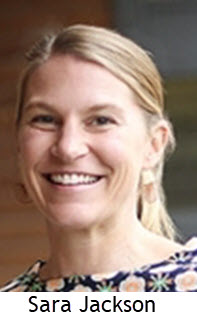 Part Two presents a brief overview of Washington v. Davis and the Intent Doctrine as well as the primary critiques that have been lodged against it. This Part also introduces the concepts of unconscious bias and structural racism, and offers numerous contemporary examples of these phenomena playing out across various spheres of American society.

Part Three discusses the science behind implicit and institutional biases, including overviews of research in stereotyping, social cognition and organizational sociology. This Part then links the research to the Intent Doctrine, positing that in light of what modern science tells us about discrimination, requiring “proof of intent” is both outdated and largely ineffective as an equal protection strategy.

Part Four discusses how evidence of unconscious bias has been used in various types of litigation, focusing specifically on areas such as jury selection, employment discrimination, and expert witness qualifications where courts have been particularly receptive.

Unfortunately, bad laws cannot be reversed overnight. As evidenced by the long and multi-faceted struggle that ultimately overturned “separate but equal,” we will likely need to mount a similarly interdisciplinary and carefully mapped out plan to overturn the Intent Doctrine. Charles Lawrence started us on this path twenty years ago when, through his writing, he invited us all to reflect upon those instances when no invidious racial message is intended, but nevertheless a racialized impact results. In Lawrence's youth, it was his well-meaning white teacher reading Little Black Sambo to the class or college friends telling him “I don't think of you as Negro.” Today, it's Joe Biden saying of presidential hopeful Barack Obama, “I mean, you got the first mainstream African-American who is articulate and bright and clean and a nice-looking guy.” In neither case did the speaker intend their remark to be racist. However, in both cases the implicit message is that blacks are somehow inferior.

It's one thing to challenge such instances on an individual basis, and on this front, we are making some progress. Biden was criticized for his remarks shortly after they left his mouth, and later issued a formal apology. However, the systemic and cumulative effects of unconscious bias are much harder to tackle, even when the resulting disparities are clear.

Twenty years after Lawrence started us on this path, we are finally approaching a “tipping point” with respect to mainstream acknowledgment of unconscious bias and institutionalized discrimination. We now possess the science, the hard evidence, and the educational tools necessary to educate both the judiciary, and the public, about the realities of implicit bias and its implications for anti-discrimination law. Our next step is to marshal this evidence, and the public's support, to mount a constitutional challenge to the Intent Doctrine. If all goes well, in twenty more years “intent,” like “separate but equal,” will be a relic of the past, and the courts will again provide a meaningful venue for advancing racial justice.