The Increasingly Broad Language of Qualified Immunity, Deference Towards Granting It, and the Ramifications of Racial Injustice

Excerpted From: Brandon Sweeney, The Increasingly Broad Language of Qualified Immunity, Deference Towards Granting It, and the Ramifications of Racial Injustice , 22 Rutgers Race & the Law Review 405 (2021) (214 Footnotes) (Full Document) 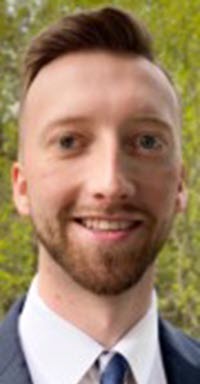 In the United States' civil court system, if a person acting “under the color of” state-level or local law deprives a person of their constitutionally protected rights, a remedy can be sought through filing a “Section 1983” claim. If the actor depriving the victim of their constitutional rights acted “in the color of federal authority,” then a “Bivens Action” can be brought by the victim.

What follows Pierson is a series of cases starting in the early 1980s which try to more clearly define qualified immunity, however what they do instead is create an unbreakable foundation for further expansion of the doctrine. In 1982, the United States Supreme Court held that in performing discretionary functions, petitioners, senior aides and advisors of the President of the United States, were generally shielded from liability for civil damages insofar as their conduct did not violate clearly established statutory or constitutional rights of which a reasonable person would have had knowledge.

Harlow gave qualified immunity its “reasonable person” standard, while also fortifying the requirement that the conduct needs to have violated “clearly established law.” The consequence of Harlow is the elimination of the subjective component analysis when determining if immunity is warranted.

The subjective component of the doctrine made qualified immunity similar to its derivative, the good faith defense, which was available under common law and used for the subjective component of the doctrine for some time. Four years later, the United States Supreme Court took the objective reasonableness standard one step further when it ruled that warrant applications that do not lack indicia of probable cause, under an objective reasonableness standard, allow for qualified immunity to be granted, subject to satisfying its other requirements. The Court in Malley even described the public policy reasoning for qualified immunity as “protection to all but the plainly incompetent.”

Principles of qualified immunity ... require that [petitioner] be permitted to argue that he is entitled to summary judgment on the ground that, in light of clearly established principles governing warrantless searches, he could, as a matter of law, reasonably have believed that the search ... was lawful.

The foundation of qualified immunity was not fortified again until the United States Supreme Court reiterated in their ruling that the inquiry into qualified immunity should first be whether the facts alleged showed the [government agent's] conduct violated a constitutional right, then courts' should inquire into whether the right was clearly established. “Saucier thereby helps to ensure that the qualified immunity inquiry promotes, rather than frustrates, the deterrent function of Section 1983.” However, when these questions are left unanswered in a particular case, either because they have yet to be ruled on or that the issue pertaining to the present case is caught up in appeal, the outcome may be that a government agent who acted unlawfully, is still granted qualified immunity.

This was precisely the issue in 2009 when the United States Supreme Court reversed the United States Court of Appeals judgment that the petitioner-police officers were not entitled to qualified immunity, because the unlawfulness of the officers' conduct was not clearly established. The issue concerning the unlawful nature of the officers' conduct in Pearson was tied up in the Circuit Court of Appeals, therefore the Court in Pearson did not think it was fair to subject police officers to money damages for picking the losing side of the controversy, simply because a few judges disagreed. The majority here viewed the qualified immunity doctrine as balancing “two important interests--the need to hold public officials accountable when they exercise power irresponsibly and the need to shield officials from harassment, distraction, and liability when they perform their duties reasonably”

Finally, in 2014, the United States Supreme Court held that officers who fired multiple rounds into a car during a high-speed chase, contributing to the death of the driver and passenger, were entitled to qualified immunity because their conduct was not unreasonable, they did not violate the driver or passenger's Fourth Amendment rights, and a clearly established law was not violated.

The government actors with which we see the most public debate and uproar concerning the question of the lawfulness of the qualified immunity doctrine, are law enforcement officers. Law enforcement officers will often find their names involved in excessive use of force claims, which most often assert that a police officer's use of force violated the plaintiff's Fourth Amendment right to be free from unreasonable seizures. Some characterize qualified immunity as “metastasiz[ing] into an almost absolute defense” for police officers, because over the last two decades, the law regarding the use of force and qualified immunity has evolved to provide a “near-blanket protection for even the most egregious, unwarranted, and racially charged police misconduct.”

In the last ten years, United States Supreme Court cases examining the issue of qualified immunity have been questioned for broadening the language of the doctrine and causing more confusion regarding its applicability.

For example, in 2011, Justice Antonin Scalia's majority opinion in Ashcroft v. al-Kidd broke up the language provided in Anderson v. Creighton asserting that qualified immunity protects government officials unless the law is 'sufficiently clear’ that every 'reasonable official’ would have understood that what he is doing violates that right. Although the Supreme Court has reiterated on multiple occasions that a 'case-on-point’ is not required in the definition of 'clearly- established law,’ Justice Scalia also noted in his opinion in Ashcroft, that “existing precedent must have placed the statutory or constitutional question beyond debate.” This was the first time beyond debate had been used, but not the last, considering the phrase was used in eight of eleven subsequent United States Supreme Court opinions that have concluded that government officials did not act in violation of clearly established law.

In 2015, we saw the foundational case law culminate into one opinion, when the Court held:

[a]n officer 'cannot be said to have violated a clearly established right unless the right's contours were sufficiently definite that any reasonable official in [his] shoes would have understood that he was violating it,’ meaning that 'existing precedent ... placed the statutory or constitutional question beyond debate’ ... [standard] 'gives government officials breathing room to make reasonable but mistaken judgments' by 'protect[ing] all but the plainly incompetent or those who knowingly violate the law.’

Considering the above statistics, the barriers plaintiffs face in Section 1983 or Bivens Actions are very difficult to break down and often are completely dependent on where the plaintiff brings suit. Part One (I) will discuss modern and relevant cases that continue to portray the consequences of the poor language behind qualified immunity. This section will also discuss how so many cases, where the issue on appeal concerns the question of qualified immunity, ultimately reach the appellate court level, because of a concerning decision in the federal district court. Part Two (II) will discuss how all of the consequences of a poorly written qualified immunity doctrine has detrimentally affected communities of color. Part Three (III) will discuss the policy recommendations and the movement for abolishment of the qualified immunity doctrine, which has been headed by the CATO Institute and the Institute for Justice, with CATO dedicating an entire project to qualified immunity's abolishment in their Criminal Justice divisions.

The end to be achieved in qualified immunity cases is to remedy situations where constitutional rights have been violated by government officials who have exceeded their constitutional authority. The CATO Institute has put it simply that

... the Court, the legal community, and the public at large should now be aware that criminal defense lawyers, trial lawyers, public-interest lawyers of every ideological stripe, criminal-justice reform groups, free-market & limited-government advocates, and law enforcement professionals themselves all agree on at least one thing, qualified immunity is a blight on our legal system, and the time has come to cast off this pernicious, counter-productive doctrine.

The current state of the qualified immunity doctrine suggests to officers that they can act with impunity. The doctrine may also discourage plaintiffs from bringing suit, despite a clear and apparent violation of constitutional rights. The way the doctrine has been scripted by the United States Supreme Court affects the way police departments write their policies and train their officers. Such policies and training are often informed by legal decisions relating to constitutional rights, and when courts are encouraged to avoid ruling on underlying constitutional questions, the necessary guidance is not provided. Victims and their families seeking to bring suit simply want their day in court. The power and blanket protection that qualified immunity holds, does everything to discourage victims instead of providing a clear lane for remedy of a constitutional violation at the hands of government officials who have exceeded their constitutional authority. Thus, it is past time to limit, overhaul, or eliminate the qualified immunity doctrine.