The “Tri-ethnic” Dilemma: Race, Equality, and the Fourteenth Amendment in the American West 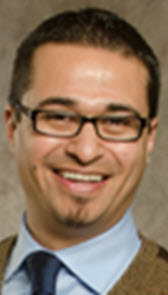 In 1973, the Supreme Court for the first time had before it a non-Southern school desegregation case, Keyes v. School District Number One. Petitioners, a group of Mexican American and African American parents, sought to integrate segregated schools located in downtown and northeast Denver, Colorado. One issue that particularly vexed the Justices was determining how the Equal Protection Clause of the Fourteenth Amendment operated in cities with more than just Black and White populations. As Justice Brennan's majority opinion made patently clear, unlike cities in the American South, “Denver is a tri-ethnic, as distinguished from a bi-racial, community.” Accordingly, past constitutional jurisprudence left the Court little guidance in dealing with the complications of a “tri-ethnic” student body composed of “Anglos,” “Negroes,” and “Hispanos.” Hence, the Court asked whether “Negroes and Hispanos should not be placed in the same category to establish the segregated character of a school?”

In answering this question, Justice Brennan ultimately concluded that “one of the things which the Hispano has in common with the Negro is economic and cultural deprivation and discrimination.” This conclusion was particularly surprising given past constitutional jurisprudence that had treated Mexican Americans as White. As a result, Keyes points to a fundamental reassessment about the racial positioning of Mexican-Americans in Fourteenth Amendment jurisprudence. In this reformulation, the Court used the American West's social situation to formulate “constitutional principles of national rather than merely regional application” in order to deal with the crises affecting increasingly heterogeneous non-Southern metropolitan areas. Especially in the region's so-called “tri-ethnic” cities, the Fourteenth Amendment's existing racial paradigm gave courts little guidance for dealing with segregation, economic stratification, and neighborhood tension affecting non-White and non-Black groups.

This essay is a brief historical account of the challenges that cases like Keyes--set in context of the multiracial and multiethnic American West--posed to the nationwide application of the Fourteenth Amendment. Beginning in the second half of the nineteenth century, many of the most controversial and contentious legal cases surrounding the substantive meaning and application of the Fourteenth Amendment have taken place in the region known as the American West. Although the region is not subject to easy definition, scholars agree that the American West has been and continues to be the United States' most eclectic place of human variety, cultural complexity, and racial assortment. As those involved in the Keyes litigation quickly discovered, the American West's demographic complexity created difficult questions about equality in a racially and ethnically diverse American society. Consequently, no region in the United States has had such a long, combustible, and dynamic history in the process of determining equality as the American West.

Another defining feature of the American West is the propensity of Westerners--despite myths to the contrary--to utilize the full power and resources of the legal system. Consequently, the region's courts provide valuable insights into the ways that a multiracial and multiethnic cohort of Westerners used law to grapple with the profound and complex interaction of variant cultures, peoples, and backgrounds. Most important, Westerners struggled to answer how such concepts work in a dynamic, often transient, and racially fluid world.

This essay explores the regional variations in equality discourse by examining the ways that the American West's diverse populations shaped the meaning and understanding of race in Fourteenth Amendment jurisprudence. Soon after the adoption of the Fourteenth Amendment in 1868, litigants, lawyers, and judges encountered unique difficulties in extending the guarantees of the Amendment to the region's Asian-American, Pacific Islander, American Indian, Mexican-American, African-American, and White populations. As this list indicates, Justice Brennan's “tri-ethnic” Denver understated the complexity of the region's social structure and citizenry. Indeed, the American West--in its long-standing and recent past--included a diverse range of nationalities, from Swedes and Chinese to Russian Jews and Philippinos. The “tri-ethnic” distinction laid out by the Keyes court, however, suggested complex racial rather than ethnic fault lines that operated differently in the American West than any other region. Consequently, racial differences and racial formation heavily influenced the ability of Fourteenth Amendment jurisprudence to extend to the nation's non-White and non-Black ethnic groups.

The struggle over the meaning of “equality” began as soon as there was a “West” to which Americans and non-American-Americans moved and settled.

Part I of this essay looks at the social condition of the American West as it developed in the nineteenth and early twentieth centuries. Compelled first by westward movement and the spoils of war, legislatures and courts grappled with the “fair” and “equal” incorporation of non--AmericanAmerican and non-White peoples as full participating citizens in an American republic. Although many of these struggles predated the passage of the Fourteenth Amendment in 1868, they provided a context in which American courts and policy makers labored to extend and limit the Amendment's guarantees to groups not envisioned by the Framers. Starting with the westward movement of European squatters and culminating in anti-Chinese legislation in California during the second half of the nineteenth century, the American West's human diversity disrupted notions of inequality, hierarchy, and freedom in a rapidly growing region. By the early twentieth century, legislative, political, and legal bodies responded by racially limiting the Fourteenth Amendment's protections.

Part II then turns to important jurisprudential and social issues litigants of the American West encountered during and after World War II. During this time, no region of the country grew as fast or attracted such a massive mixture of people as the American West. As a result, Westerners were forced to reconcile rapidly contemporary notions of fairness and equality to the region's quickly changing citizenry. Part II specifically assesses such issues in the context of one Western city: Denver, Colorado. In two cases litigated during and after World War II, Honda v. People and Keyes v. School District Number One, courts in the West once again struggled over the correct application of the Fourteenth Amendment in a racially diverse society. The region's diverse metropolitan areas prompted American courts to become conscious of the multiracial color lines dividing their communities. The relationship between race, equality, and the Fourteenth Amendment--forged in the American West's legal history--in turn has become the American “dilemma” for the twenty-first century. This essay concludes by briefly discussing the “tri-ethnic” implications of Keyes in relation to affirmative action jurisprudence.

From the question of citizenship to the issue of racial identity, the American West's distinct populations forced courts to more fully consider the meaning of equality in a diverse, multiracial and multicultural nation. As this essay argues, regional difference played a central role in the development of the jurisprudence of the Fourteenth Amendment. Yet, the “dilemmas” produced by the people, places, and institutions of the American West did not merely reflect the region's difference, but were an important catalyst behind making the law meaningful for all Americans.

The change from a “bi-racial” to a “tri-ethnic” understanding of race in Keyes suggests an end of history--not necessarily in the terms proposed by Francis Fukuyama more pragmatically in the inability of constitutional jurisprudence to speak effectively about the divergent and competing histories of race and ethnicity in the history of the United States. By conflating the processes of racial and ethnic formation, Keyes provided a means by which subsequent courts made history irrelevant in their analyses.

In the aftermath of Keyes, fact patterns in the American West again compelled state and federal courts to consider the applicability of the Fourteenth Amendment in a racially and ethnically fluid United States. In Regents of the University of California v. Bakke, the Court had the opportunity to test Keyes' “tri-ethnic” assumption: namely that other “minority” groups shared analogous discriminatory experiences to Blacks to merit Fourteenth Amendment consideration. In a sharply divided court, Justice Lewis Powell noted the impact of Western based Fourteenth Amendment jurisprudence:

“It is far too late to argue that the guarantee of equal protection to all persons permits the recognition of special wards entitled to a degree of protection greater than that accorded others. 'The Fourteenth Amendment is not directed solely against discrimination due to a 'two-class theory'--that is, based upon differences between 'white’ and 'Negro.”’

For Justice Powell, however, this meant not the validity of a program to remedy a long history of societal discrimination against California Blacks, Chicanos, or Asians, but rather an arbitrary line where various “minority” groups, including most Whites, could “lay claim to a history of prior discrimination at the hands of the State and private individuals.” Ironically, in introducing a “tri-ethnic” conception of America into Fourteenth Amendment jurisprudence, Keyes allowed the Bakke Court to unhinge the analysis from the specific and regional historical and contemporary discriminatory experiences of Mexican Americans, Asian Americans and Pacific Islanders, Blacks, and American Indians. Not surprisingly, all “tri-ethnic” and multiracial claasifications became highly “suspect” in subsequent Fourteenth Amendment litigation. This loose articulation of race transformed the racial, and by extension the historical, dimensions of the Fourteenth Amendment, into an ahistorical ethnic understanding of racial tensions and difference. The consequences of this shift will be the American dilemma for the 21 twenty-first century.

When the United States Supreme Court recently issued its opinion concerning the affirmative action programs of the University of Michigan's Law School and its undergraduate Literature, Arts, and Science and Arts program, it represented only the most recent example of the institutions and people of the American West shaping the substantive meaning of the Fourteenth Amendment for a new century. Similar to the American's West's long history of legal struggle, the University of Michigan's attempt to provide equality has provided an imperfect model towards achieving the guarantees and promises of the Fourteenth Amendment in a diverse and multiracial world. As Justice O'Connor's opinion in Grutter made clear, “race unfortunately still matters” in the United States. Yet, the “tri-ethnic” understanding of difference that emerged has prevented many Americans from comprehending the reality of the multiracial formation and the subsequent need for “affirmative” programs directed at historically racialized groups.

Sociologist Edward Chang has noted that the Kerner Commission Report of 1968, that concluded concluding that America was headed toward two societies--one Black and the other White--separate but unequal was “only partially correct in its projections.” For Chang, the 1992 Los Angeles uprisings that included “Latino immigrants, Korean merchants, African American residents, and Whites “as both victims and assailants” only served to underscore the fact that the United States is starting to look, at least socially, like much of the American West. Accordingly, it has been the equality experiences of Asian Mexican Americans, Asian Americans and Pacific Islanders, African Americans, American Indians, and Whites that has have substantively shaped the Fourteenth Amendment for the vast array of people settling and living in the United States. While Fourteenth Amendment jurisprudence regarding the region's multiracial populations have has not always been consistent, the continued arguments of the American West's non-White and non-Black groups have forced courts and policy makers to consider and re-consider the meaning of equality in a racially and ethnically fluid nation.

Consequently, the American West's diverse citizenry has posed special challenges for the Fourteenth Amendment jurisprudence ever since its passage in 1868. From the claims of Chinese immigrants for social and economic equality to the demands made by Black, Chicano, and White parents and students for educational equity, the region has forced courts and legislators to consider more fully the meaning of “equality.” Most important, the region's multiracialized citizenry posed a dilemma for courts asked to consider the Amendment's application to non-White and non-African Black groups. The “American Dilemma” for the twenty-first century remains the same: “[T]he fundamental equality of all men [and women], and of certain inalienable rights to freedom, justice, and a fair opportunity.” However, the “problem” can no longer be contemplated in “Black and White” terms. Accordingly, the American West has been and will continue to be the testing ground for a Fourteenth Amendment that can meaningfully be applied to all people in the United States.