The Lawfulness of the Reconstruction Amendments 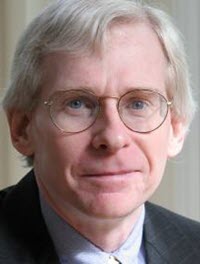 During Reconstruction the Thirteenth, Fourteenth, and Fifteenth Amendments were added to the Constitution. The circumstances under which the Reconstruction amendments were proposed and ratified were extremely unusual, and at the time serious objections were raised to the legality of the proceedings. Although for practical purposes that controversy is long over, the amendments' lawfulness remains a nagging problem. There are two important lines of objection to the amendments' adoption. One is that some or all of the southern state governments that participated in ratifying them were not legally competent to do so because of the irregular fashion in which those governments had been created. The other objection is that some or all of the southern ratifications were extorted from the states through unlawful federal threats.

This Article reviews the relevant history and discusses legal rationales under which the constitutional amendments were valid even if there were serious illegalities in the creation of the southern state governments. According to one such rationale, southern ratifications were unnecessary because the ex-Confederate states were excluded from the denominator on which the Article V super-majority is calculated. The Article concludes that this thesis is plausible but ultimately unpersuasive. Another theory is that the identification of a state's lawful government is a political question to be decided by the political branches of the national government and ultimately by Congress, and that Congress endorsed the ratifying southern governments, thereby binding all other actors to treat those governments as lawful. The Article reviews the arguments for and against this version of the political question doctrine and regards the issue as an open one. Finally, the southern ratifications may have been effective, despite legal defects in the ratifying governments, because those governments had de facto authority and hence were able to bind their states. The legal authority of de facto governments is a familiar principle of international law that has been followed in American constitutional practice, and the Article endorses it in this context. Either the political question or the de facto government thesis must confront the argument that southern ratifications were invalid because extorted through unlawful federal threats. The Article maintains that it is doubtful whether the ratifications were so extorted, and claims that in any event Article V of the Constitution does not implicitly invalidate ratifications made in the face of illegal threats.

The conclusion argues that this result, under which constitutional amendments can be validly ratified even when principles of state autonomy are violated, is nevertheless consistent with the purpose of Article V and the constitutional system in general. Certainty as to the text of the Constitution is more fundamental than more substantive considerations.

Article V of the Constitution seeks to capture, in a bottle made of legal form, the lightning of American popular sovereignty. Its compound supermajority rules reflect the compound nature of that sovereignty. As Madison explained, Article V is partly federal and partly national. Behind that complexity is the goal of determining whether a proposed change in the basic law has the consent of the governed.

Rules and their reasons can lose touch with one another, and Article V is no exception to this principle. If the stakes are low such slippage can produce puzzles that are of little practical importance. The leading example is the Twenty-seventh Amendment, proposed by the First Congress in 1789 and ratified, if ratified, in 1992. Article V mentions no time limit; the question with respect to the Amendment is whether Article V is really so formalistic that it permits ratification in the absence of a contemporary consensus that would truly reflect popular consent.

Sometimes the stakes are higher, as they were in the 1860s. According to the official documents, Congress proposed and three-fourths of the state legislatures ratified three constitutional amendments of considerable importance. The Thirteenth Amendment eliminated slavery, the Fourteenth protected the freed slaves' civil rights and sought to curb the political power of the former rebels, and the Fifteenth forbade race discrimination with respect to the franchise. These issues were more important than congressional salaries.

During the turmoil of Reconstruction, one major question was whether the Article V process was truly being followed. Much of the country was not represented in the Congress that proposed the Thirteenth and Fourteenth Amendments. State governments in the South were being made, unmade, and remade through extraordinary processes in which the federal government took the lead. These convulsions created doubts as to whether the resulting political organizations were truly empowered to speak for their states in ratification. Many of those governments were given strong and possibly unlawful incentives to ratify. The most blatant such threat was the statement in the first Military Reconstruction Act that the ten southern states then excluded from representation in Congress would be restored when they had met a series of conditions, including ratification of the Fourteenth Amendment.

Despite the bitterness of Reconstruction, for political purposes the question of the amendments' validity was quickly settled: In 1872 both major parties accepted all three. Since then the issue has attracted almost no attention for practical or even theoretical purposes.

American constitutional theorists now have reason to think about this issue because the most prominent of them has made it central to his work. Bruce Ackerman says that twice since the framing, the American people have changed their constitution without using the Article V process. The second time, in the 1930s, they dispensed with the written amendments contemplated by that provision. But the first time, in the 1860s, they used a procedure that resembled but was not Article V to produce three authoritative texts that had the appearance, but only the appearance, of Article V amendments. Hyperformalists and hypertextualists, says Ackerman, cannot account for the Thirteenth and Fourteenth Amendments, which became part of the fundamental law through a process inconsistent with the formal rules of Article V's text.

This Article is concerned specifically with two objections to the ratification process. First is the claim that some or all of the southern state legislatures that ratified the Thirteenth and Fourteenth Amendments lacked the legal power to act for their states. Second is that those ratifications, even if made by valid state legislatures, were void because they were made under unlawful political pressure from the national government. I maintain that the proposal and ratification of the Reconstruction amendments was legally effective under Article V. The words “legally effective” are chosen carefully, for the argument is formalistic: it does not deny that during Reconstruction Article V badly served its purpose of balancing the federal and national principles. Moreover, I will admit the possibility that the amendment process included illegal acts, some of them by Congress. Nevertheless, I will assert that the amendments satisfied the Constitution's explicit and implicit requirements for validity. Those requirements do not implement every plausible description of Article V's purposes and they tolerate some illegalities.

Part I presents yet another brief history of Reconstruction, this one focused on the ratification process and in particular on the changes in southern state governments. That Part also discusses the Republicans' responses to the legal objections they faced.

Part II then presents three plausible theories under which the amendments were validly ratified. One claims that massive disruptions to a state's government can temporarily remove that state from the total number of which three-fourths are needed for ratification, thus for a while taking it out of the Article V denominator without permanently taking it out of the Union. I find this thesis plausible but unpersuasive, although others may be more persuaded. The other two theories assert that legally doubtful state governments nevertheless may perform legally effective acts, either because the legal doubts are resolved by recognition from the federal political branches or because in general a government de facto may bind the state for which it acts despite defects in its claim to power. I think the first rationale arguable but very difficult ultimately to assess, while I think the second is correct. Both theories that include all the states in the denominator must deal with the claim that Article V does not count ratifications obtained through federal political coercion. I suggest that the problem posed by coercion is not fatal.

Part III then moves away from the detail and explains how it is sensible to read Article V so that it is so formalistic and so tolerant of possibly illegal acts.

After describing the many problems confronting the Thirteenth and Fourteenth Amendments, Ackerman asks, “Is there any way out of the textualist wilderness?” This Article is a voice that cries from that wilderness. It says that the path of the Reconstruction amendments, although in many ways winding, was legally straight.

Clarity and certainty are in substantial measure what this Constitution is about, and both the Luther doctrine and the de facto principle serve those ends. They are thus entirely plausible principles from the standpoint of the Constitution's purpose, even though they may subvert other purposes like state autonomy. Certainty can be more important than more substantive goals. Sometimes the spirit killeth, and the letter giveth life.

Professor of Law and Class of 1966 Research Professor, University of Virginia.