The Equal Protection Doctrine in the Age of Trump: The Example of Undocumented Immigrant Children 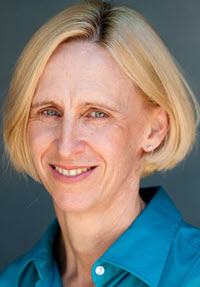 Nearly a century ago, Supreme Court Justice Oliver Wendell Holmes, Jr. described an equal protection claim as “the usual last resort of constitutional arguments.” Not anymore. In the last forty years, the “equal protection doctrine has become the Court's chief instrument for invalidating... laws.” Now dawns a new era--the age of Trump--when the equal protection doctrine has greater significance, a broader application, and renewed utility to invalidate federal laws and executive actions that deny due process or discriminate.

President Trump has made no secret of his desire to unwind policies of the prior administration in the areas of civil rights, voting rights, immigration, environmental protection, international relations, and health care. By the end of his first year in office, “approximately [thirty] major federal lawsuits were filed against the president and his administration challenging[his executive orders or executive branch actions].” Specifically, equal protection claims appear in recent challenges to the executive branch's actions related to the travel ban, transgender members of the military, the Deferred Action for Childhood Arrivals program, efforts to eliminate benefits under the Affordable Care Act, and the “zero tolerance” immigration policy. The federal courts appear ready, willing, and able to entertain these challenges.

This article explores the new frontier of potential equal protection challenges using federal immigration law as an example, specifically, the law governing Special Immigrant Juvenile Status (SIJS). SIJS opens a pathway for undocumented immigrant children who are in the United States without a parent in order to obtain legal status. It is unique both in the context of immigration law and the general canon of federal law. The SIJS law embodies a bifurcated legal framework that requires SIJS applicants to apply first to the state courts to obtain predicate factual findings based on state family law, including findings that SIJS applicants cannot be reunified with a parent because of abuse, abandonment, or neglect, and that it would not be in the child's best interest to be returned to their home country. If the SIJS applicants obtain the state court predicate findings, they must then apply to the Department of Homeland Security (DHS) for approval, and if the applications are granted, the SIJS applicants obtain lawful permanent residence in the United States.

This shared role of state courts and federal agencies and their respective realms of authority under the SIJS law are ambiguous and susceptible to different and inconsistent interpretations. On occasion, the state courts have exceeded their authority and interpreted the SIJS statute to apply their own legal standards, which effectively prevents certain applicants from obtaining the requisite predicate findings. Because DHS is not authorized to review a state court's refusal to issue SIJS findings, this refusal results in the automatic denial of the application by DHS. Consequently, the availability of SIJS may depend on the state where the predicate findings are sought, rather than the merits of the application. As a result, similarly situated SIJS applicants in different states will obtain inconsistent outcomes. For these reasons, a state court's denial of a request for predicate SIJS findings based on the state court's unique interpretation of federal law offends the Constitution's guarantee of equal protection under the law. This article proposes that the only viable solution to remedy the problems that plague SIJS is a novel challenge to the SIJS law in the federal courts, asserting that the subsection of the law which empowers the state courts to make SIJS eligibility findings violates the equal protection guarantees included in the Fifth Amendment's Due Process Clause.

Part II explores the development of the law of SIJS. It begins with a brief history of unaccompanied children immigrating to the United States before the enactment of SIJS in 1990, as well as the trends in the migration of unaccompanied children and changes to the SIJS law over the last twenty-seven years. This Part also highlights the significant legal and prudential problems with SIJS. Solutions to the problems with the SIJS legal framework previously proposed in the academic scholarship, including proposals to amend SIJS and its governing regulations, are also identified and deconstructed. This Part concludes by explaining that given the current political climate in the federal executive and legislative branches, none of the previously proposed fixes or changes to SIJS will be implemented, and thus a new approach is required.

The values embodied in the equal protection doctrine--that similarly situated people will be accorded equal treatment under the law--are central to American democracy. Likewise, and undeniably, the United States has always been a nation of immigrants--they have been given equal protection under the law and fair access to the privileges to which they are entitled. These ideals, however, are under siege. The current executive and legislative branches are not only ineffective in safeguarding the equal protection rights of immigrants but are also leading the attacks on them. Consequently, as discussed in the SIJS example, when equal protection concerns arise based on states' inconsistent interpretations and application of the federal laws, in conjunction with the hostility from the executive and legislative branches, resorting to the courts is the only viable option to vindicate those rights. Although the problems in the SIJS framework are inborn, existing since the law's enactment, given the tremendous increase in immigration of unaccompanied immigrant minors to the United States in the last five years, it is crunch time for addressing the problems in SIJS. Since 2016, the federal courts have shown a greater willingness to consider equal protection challenges to government action. Thus, an equal protection challenge to SIJS is viable and ripe. It is time to strike while the iron is hot--the Trump era demands nothing less.

Clinical Professor of Law at Loyola Law School Los Angeles. I am grateful to my colleagues for their helpful comments, particularly Sande Buhai and Justin Levitt.