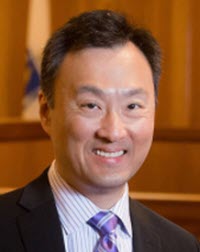 Perhaps the assertion will seem uncontroversial, as far as it goes. If a group can be constituted so that it is racially diverse without making it worse in any other respect, without any undesired side effects, and without need for any special selection procedures--i.e., all else being equal--then why not say that we have reason to prefer that the group exhibit that property? Given all of those qualifications, even the skeptic may see little reason to dispute the point. Racial diversity is generally a good thing. Who would want to deny that?

Then again, maybe all of those qualifications only make the claim more difficult to fathom. If everything else really is held equal, how exactly could adding the property of racial diversity make any group of people better? If two groups of people are really identical in every other way, and we hold fixed all other circumstances of social context, then is it really so clear that the racially diverse group is necessarily better? Better in what sense? Sure, racial diversity is a good thing, other things being equal, but its value starts to seem obscure when we prescind from too many of our actual social circumstances.

So perhaps we had better reflect a bit more carefully. Let us start again with the assumption that racial diversity can have positive value. Now let us ask a few different questions. Does racial diversity always have value, or does its value depend on the existence of other conditions? If the latter, what are those conditions? When racial diversity does have value, what exactly is the nature of that value? What specific reasons do we have to prefer a group that is racially diverse to a group that is racially homogeneous? How do those reasons hold up against other values that we hold important? Perhaps everyone will agree that, other things equal, racial diversity is a good thing, but people obviously disagree about the relation of the value of racial diversity to other things we value. Namely, they disagree about the nature and strength of the reasons that we have to want diversity, about whether it conflicts with other values or principles to which we should also be committed, and about the priority of principles by which such conflicts should be resolved.

Take, for example, the disagreement among the Justices in Parents Involved in Community Schools v. Seattle School District No. 1. In his dissenting opinion, Justice Breyer argued that in the context of public school education, the “interest in achieving racial 'diversity’ . . . [or] in promoting or preserving greater racial 'integration’ of public schools” is a function of our interest in the social consequences that such diversity would help bring about, such as the eradication of remnants of past segregation, the enhancement of education for all students, and better preparation for democratic government. For Justice Breyer, the obvious importance of those goals left no room to deny the constitutionally compelling value of racial diversity.

Chief Justice Roberts, however, was unmoved. He dismissed Justice Breyer's conclusions about the value of racial diversity in the public school context as little more than a non sequitur. In the Chief Justice's view, it did not follow from the fact that racial diversity might have important social benefits that it was constitutionally permissible for school districts to use race-conscious procedures to bring such diversity about. As he put it,

Justice Breyer's position comes down to a familiar claim: The end justifies the means. . . . Simply because the school districts may seek a worthy goal does not mean they are free to discriminate on the basis of race to achieve it, or that their racial classifications should be subject to less exacting scrutiny.

For Chief Justice Roberts, even if one were to concede that racial diversity in the public school setting might help promote “worthy” ends, that would not justify compromising what he sees as the core value of the Equal Protection Clause: a deontological commitment to a principle of colorblindness.

The disagreement between Chief Justice Roberts and Justice Breyer implicates an apparently irreconcilable conflict of values, an intractable difference of views on what we have most reason to care about--or at least what the Equal Protection Clause calls upon us to care about--when it comes to issues of racial diversity. I characterize the debate in terms of a conflict of values in part to emphasize that it seems to transcend disagreements about any particular matter of fact, such as whether or not racial diversity really does contribute to certain salutary social consequences. This is not to deny that the debate encompasses various important factual disagreements. Surely, it does. But whatever the conclusions that social science might deliver on particular issues in dispute--for example, whether racial diversity has measurable pedagogical benefits question of the significance that we should attach to those conclusions is not itself susceptible to empirical determination. The questions of how and whether the importance of achieving racial diversity relates to the value of colorblindness (such as it may be) and of how any tension between them should be arbitrated depend upon normative judgments about what we should most care about and the principles to which we should commit ourselves. The task of identifying and sharpening these questions is the focus of this Article.

After addressing some threshold difficulties in Part II relating to the definition of “racial diversity,” I devote some time in Part III to the explication of a set of helpful categories borrowed from philosophical discussions in the theory of value. I then chart out possible arguments for the value of racial diversity in each of those conceptual categories. In Part IV, I discuss the ideal of colorblindness. My main interest there is to investigate how, if we assume that racial diversity does indeed have value, the constraint of colorblindness could possibly be thought to prevent measures designed to bring it about. In Part V, I summarize several key points of my analysis and offer some concluding observations.

My goal has been to understand the nature of the value of racial diversity, the value of adhering to an ideal of colorblindness, and how those values come into opposition. I have mapped out what I view as the main categories of arguments. I conclude with a few observations about the implications of occupying the various value positions I have staked out.

First, although I have considered each argument for the value of diversity and colorblindness on its independent merits, it is of course possible to hold that racial diversity or colorblindness is worth caring about for a variety of reasons that span the various categories I have delineated. This simple point can have important implications. For example, insofar as we regard racial diversity in particular contexts as having both instrumental and non-instrumental value, we should be careful not to overemphasize the significance of ongoing empirical findings regarding whether or not cultivating racial diversity is useful for producing certain kinds of beneficial effects. In other words, if we do place at least some non-instrumental value on racial diversity, then negative empirical findings on the effects of diversity should not be seen as necessarily fatal to the project of promoting it.

Second, I think that the way that racial diversity is valued in some contexts may paradoxically undercut arguments for aiming directly at it in others. For example, I described an “evidential” view of the value of diversity, according to which racial diversity is good for a community in the same sense a wet nose is good for a dog: it is a sign of healthy functioning. Or, racial diversity might be regarded as an indicator that a community is committed to a certain ethos of equality or vision of justice. But if this is the best way to think about the good of racial diversity, then aiming at racial diversity for the sake of equality or justice might seem to take on a peculiar character, perhaps akin to splashing water on a dog's dry nose for the sake of its health, i.e., treating the manifestation rather than the root cause of racial inequality or injustice. This seems to me an important worry, but not a conclusive argument against selecting for diversity and adopting a policy of colorblindness. Creating diversity is generally not easy. In the contexts where we care about it most, adopting the goal of racial diversity is itself a significant commitment, and then actually achieving it requires deep institutional resolve. Thus, it seems hard to imagine that a non-diverse community could make itself racially diverse in a way that failed to touch whatever had been the root cause of its former lack of diversity. Putting it another way, I think it is plausible that the very institutional changes required to produce racial diversity may also work to alleviate the root sources of inequalities that would explain its absence. If that is true, then even if the value of diversity is regarded as primarily evidential, there might be no illogic in aiming at it as a surrogate for the conditions of equality and justice that we really have reason to care about.

Finally, I have tried to show that in the debate about the commitment to colorblindness versus the adoption of procedures that select for diversity, a large part of the controversy may have to do with conflicting notions about the normative commitments that particular actions may properly be regarded to express. Proponents of colorblindness tend to argue that a commitment to that ideal is a direct expression or realization of the fundamental principle of equal respect contained in the Fourteenth Amendment. I have asserted that the original power of the argument for colorblindness consisted in its being a unique expression of the repudiation of institutionalized white supremacy and of policies of racial subordination. In today's circumstances, however, a commitment to colorblindness does not have that same expressive value. Indeed, if living up to the ideals of the Fourteenth Amendment requires committing ourselves to making actual progress toward equal citizenship and the elimination of racial stratification, direct methods of selecting for racial diversity and producing integrated communities are arguably a more faithful expression and realization of the basic principles of equal respect and concern embodied in the guarantee of Equal Protection.