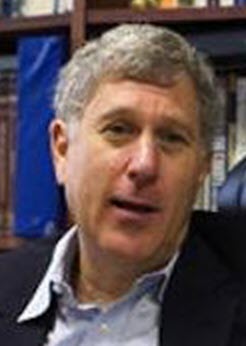 On May 14, 1992, the New York Times ran a disturbing lead article. “In the aftermath of the Los Angeles riots,” it reported, “Californians are buying firearms at the highest rate since the state began keeping records 20 years ago, and other states are reporting similar surges in gun sales.” The article continued:

In large part, the rush to buy guns in California can be attributed to one of the more frightening messages to come out of the two days of arson, looting and violence in South-Central Los Angeles. That message, that fear, is that the police might not be able to defend people during an outbreak of civil unrest.

The National Rifle Association (N.R.A.) wasted no time capitalizing on this sentiment. It ran national advertisements that painted a picture of law-abiding citizens, made vulnerable by gun control laws, cowering helplessly before armed mobs. The mainstream media condemned this appeal to fear, but some believed that the Los Angeles riots did indeed demonstrate that people should arm themselves. The American Spectator, a high-brow conservative magazine, even ran an article recommending the type of gun its readers should select.

The N.R.A. exploited racial fears. Its ads—which included color photographs of black rioters—were published in a select group of magazines that have particularly rural, white readerships such as Field & Stream, Progressive Farmer, and Western Outdoors. But it was not hunters or farmers who were left unprotected by the police during the L.A. riots; it was the largely non-white residents of South Central Los Angeles. The riots do, therefore, raise a legitimate question about race and gun control: Does gun control impose a disproportionate burden on inner-city residents, particularly those in minority communities?

Even before the riot, some scholars suggested that gun control had racial implications. In December 1991 Professors Robert J. Cottrol and Raymond T. Diamond, of the Rutgers-Camden and Tulane law schools, respectively, presented what they called an Afro-American reconsideration of the Second Amendment to the Constitution, which contains the provision referring to the right to bear arms. Cottrol and Diamond trace how guns were used by white colonialists to subjugate blacks and Indians in early America and by Southern whites to enforce the Jim Crow system after the Civil War. They explain that, at least in the South, gun control laws were originally designed to disarm blacks, and suggest that these statutes helped the Ku Klux Klan (KKK) lynch thousands of African-Americans. “[A] society with a dismal record of protecting a people has a dubious claim on the right to disarm them,” Cottrol and Diamond write. They conclude that “it is unwise to place the means of protection totally in the hands of the state, and that self-defense is also a civil right” judgment, some would argue, that has been corroborated by the L.A. riots.

This Article challenges that conclusion. It argues that an examination of the interrelationships among race, riots, and guns in America properly leads to the conclusion that African-Americans have been particularly victimized by guns and the so-called “right to bear arms.” The lesson to be drawn from both history and contemporary experience is not that blacks should be armed, but that all citizens should be subject to stricter gun control regulations.

Part II of the Article explores the racial motivations behind the Second Amendment to the Constitution. There is, it turns out, a great deal to be learned from reconsidering the Second Amendment from this perspective—much of it surprising and unpleasant. An African-American reconsideration of the Second Amendment punctures a nearly sacred myth—that the framers wanted to guarantee a right to bear arms so that patriotic citizens, in the mold of the rugged individualists who defended freedom at Concord and Bunker Hill, would have the means to resist tyranny. The framers' motives may not have been so pure. There is strong evidence that the Second Amendment was intended, in large part at least, to serve as an instrument of slave control. The armed militia were principally used to deter and suppress America's first race riots—slave insurrections. A view from this perspective militates in favor of treating the Second Amendment as an anachronism, in much the same manner that we treat the provision that counts a slave as three-fifths of a person for purposes of determining the number of congressional representatives for each state.

Part III examines the complex interactions among guns, race, riots, and urban history. This Part follows two intertwined threads. One thread concerns the question of whether the state should have a monopoly on the use of organized force. When public authorities fail to adequately protect citizens, it is tempting to conclude that citizens should be prepared to protect themselves. But history teaches that the alternative to a state monopoly on organized force is vigilantism. The other thread concerns the role of guns in the inner city. Here, both history and contemporary experience demonstrate that arming for self-defense is counterproductive. The Article argues that strict gun control is in everyone's interest, and especially in the interest of the African-American community. Indeed, the question must be asked: If white America suffered as much from guns as black America, would strict gun control be enacted immediately?