Much Ado about . . . Something Else: D.C. V. Heller, the Racialized Mythology of the Second Amendment, and Gun Policy Reform

excerpted from: Maxine Burkett, Much Ado about . . . Something Else: D.c. V. Heller, the Racialized Mythology of the Second Amendment, and Gun Policy Reform , 12 Journal of Gender, Race and Justice 57 (Fall 2008) (276 Footnotes) (Full Article) 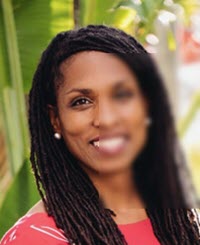 In late 2007, the National Rifle Association and the Brady Campaign to Prevent Gun Violence shared a rare moment of agreement. The U.S. Supreme Court's grant of certiorari in District of Columbia v. Heller, both organizations declared, brought before the Court the most important Second Amendment case in history. For the first time since its 1939 decision in United States v. Miller, the Court squarely confronted the scope and meaning of the Second Amendment, and did so by reinterpreting this once-neglected area of constitutional law. For the District of Columbia itself, the case introduced a watershed moment--a determination of whether its longstanding handgun ban and regulation of other firearms would stand or fall, and thus a determination of its autonomy to legislate for the health and welfare of its citizens. Yet for the rest of the nation, I contend, Heller simply does not represent the transformative moment in constitutional interpretation that both sides of the gun policy debate may hope it to be.

Whether the “right to bear arms” guaranteed by the Second Amendment is an “individual” right or a “collective” right constitutional issue before the Court in Heller little practical difference in states' and local governments' ability to regulate firearms. The Second Amendment has never been incorporated against the states, and that issue was not before the Court in Heller. Yet even if the Heller holding were to apply to the states, gun policy would continue to be created by the political decisions of state and local legislative bodies, relatively unconstrained by acts of judicial constitutional interpretation.

Indeed, as recent scholarship makes clear, those decisions ultimately are not anchored in the Second Amendment at all, but rather derive from intensely embraced cultural values and cultural myths. Proponents and opponents of gun control essentially are arguing not so much about policy as about the preservation--or, in some cases, the generation--of venerated ways of life. In its most basic incarnation, this argument takes the form of a clash between a strongly avowed reverence for the nation's individualist frontier spirit and an equally strongly expressed desire for a communitarian approach to American public life and policymaking.

While recent scholarship has taken a critical first step toward gun policy reform by making clear that debates over gun control have always been, at their heart, debates over competing cultural values, that scholarship has stopped short of its most valuable conclusion. The competing cultural values at stake in the gun debate have, at their core, an often unrecognized racial conflict that extends back to the very founding of the nation. A look at the story of the Second Amendment from the African American perspective reveals not only the greater complexity of the cultural conflicts undergirding the gun policy debate, but also lays bare the deep structure of gun policy that has aided black repression from the slavery epoch to today. The cultural mythology that undergirds the commitment to the right to bear arms has long gained force from and been perpetuated by a perennial struggle between white and black America. These myths pit white commitment to gun ownership against a counter-narrative in the African American community, which has simultaneously looked to guns as a defense against white oppression, to gun control as a means of disenfranchisement and dispossession, and to the contemporary prevalence of firearms as a threat to its livelihood.

To date, most scholars have failed to analyze the way in which gun policy has historically been deployed not to regulate gun ownership by white men--the primary locus of the gun rights movement--but rather to disarm or generally disempower African Americans. In the culture wars over gun policy, therefore, it is not enough to highlight racial tension; the debate must also recognize the link between firearms and white control. By doing so, true resolution of the divisive gun debate may be achieved.

Heller's most critical legacy thus will lie not in its interpretation of the constitutional right to bear arms, but rather in its potential to generate a renewed and reformed conversation about gun policy in light of these powerful underlying cultural inputs. At its most productive, that conversation will illuminate the powerful American mythology of gun ownership, a mythology the origins and continuing vitality of which are ineluctably bound up with racial conflict and with notions of true citizenship. Tracing that mythology from its colonial roots through the present will elucidate the motivations attached to the much-trumpeted cultural value of defending home, hearth, and the free state in the American context.

Part II of this Article examines what was at stake in Heller, both for the District of Columbia and for the nation as a whole, arguing that the case will have a limited impact at most on actual gun policy. While the “ideological, visceral, polarized, ad hominem--and, often, ugly” rhetoric of the “great American gun debates” might suggest otherwise, actual decisions about gun ownership and use will be made not by judicial fiat, but rather by legislative action at the state and local level. Even though the Heller Court held that the Second Amendment protects an individual right, state and local governments will still have significant freedom to craft gun policy.

Part III explores the more crucial reason for Heller's ultimately limited impact: The debate over the right to bear arms is not grounded in constitutional interpretation, but in cultural values and cultural myth. This Part demonstrates that political fights over gun control are more accurately understood as fights over the ability to protect or construct revered ways of life. As a result, any significant policy reform can only derive from an understanding of and appeal to those ways of life.

Part IV delves into the specific cultural mythology that Richard Slotkin has called the “Cult of the Colt,” with a detailed focus on the myth's racialized underpinnings and effects, and on the elements of American culture that enable its persistence. This Part develops my contention that the debate over gun control is steeped in and propelled by a larger, four- century-old tension between white and black America, a tension that must be addressed-- and ultimately eliminated--for meaningful reform to be possible.

Finally, Part V responds to recent scholarly calls for reframing and reforming the debate over gun policy. Solving the problem of gun violence means crafting both policy and cultural attitudes that will make it possible for those who embrace the values associated with gun ownership as well as gun control to protect and revere their ways of life without any need or motivation for quarrelling about armament. Systemic reform will require far more than illusory compromises between advocates and opponents of gun control, and it will be enacted on the ground by communities unwilling to “stand by while [their] citizens die.”