Gun Control and the Color of the Law 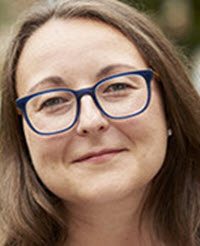 In August of 2017, then-St. Paul, Minnesota mayoral candidate Melvin Carter's home was burglarized. A lockbox containing two firearms he had inherited from his father, a retired St. Paul police officer, was stolen. In response, the St. Paul Police Federation (a police union) wrote an open letter to the community asking the Black candidate a series of questions regarding his gun storage practices: where he had gotten the firearms, whether he had taken a gun safety course, and why he had waited to report the break-in. The letter was followed by a mailer from the Political Action Committee (PAC) Building a Better St. Paul--primarily funded by the St. Paul Police Federation--which claimed that “[o]ver 100 shots have been fired since August 15 when Melvin Carter's guns went missing”--despite there being no allegation that Carter's guns had, in fact, fired a single shot. The Carter campaign quickly denounced the letter and the mailing as racist, which created a maelstrom of commentary on social media and in online news articles. While some saw it as evidence that “[t]he Federation's letter has achieved its objective, bringing out all the unconscious racial stereotypes of a black man with a gun ...,” others were unconvinced, commenting, “I don't see how asking for the serial # and gun training is racist. I put this more in the category of political harassment and distraction.” Still others maligned Carter for his failure to take proper care of his weapons and declared that the incident made them less likely to vote for him. This incident represents yet another way society treats people of color-- especially Black men--differently. While perhaps nowhere else in the world is the idea that one has the right to carry a gun for protection from violence so enshrined in the cultural ethos, that right does not extend to everyone. Instead, statutes criminalizing firearm possession help reinforce the social concept that White gun owners are heroes protecting their homes and their families, whereas Black gun owners are thugs, gangbangers, and super-predators. The history of the Second Amendment, gun regulation, and the War on Drugs support that conclusion. Recent data showing that gun possession conviction rates for Black people in Minnesota are shockingly disproportionate to their percentage of the population--sometimes six times what would be their 'fair share’ strong evidence that the state's law, and likely the many similar laws that have been enacted across the nation, are discriminatory in effect, if not in intent.

This may only get worse in the coming years: due to heightened public awareness of race-based police brutality resulting from projects such as the Washington Post's police-involved shooting database, more and more Black Americans believe owning a firearm will protect them not only from 'common criminals' and racially-motivated mass shootings but from the police officers patrolling their streets. And it is undeniable that more Americans die from gun violence than anywhere else in the world, a large percentage of them Black. Both gun control and gun rights advocates agree that something must be done to reduce gun deaths--the question is what.

There is a remarkable lack of reliable data on gun violence because gun rights groups have fought tooth and nail to prevent the establishment of a gun registry and to discourage federal funding for research into gun violence. Without that data, regulators have been unable to move to evidence-based solutions from the one thing gun control and gun rights groups have been able to compromise on: statutes criminalizing gun possession for various groups. While for many, this seems like a common-sense and fair solution, these statutes tend to do to minorities what the War on Drugs did best: namely, regulate and punish them differently than Whites. The solution, however, cannot be to do away with gun regulation altogether. The limited national data that does exist indicate that stricter gun control laws are effective at reducing gun deaths. States like Minnesota that rank lower on the Guns and Ammo list of best places for gun owners to live and states that have lower rates of gun ownership also tend to have lower rates of gun deaths of all types--although the inverse relationship is not perfect. Indeed, a majority of Americans support increased gun restrictions, although the intensity of that support and the vision for reform are heavily partisan issues. Nor is it practical to advocate for the abolition of private gun ownership in light of the sheer number of firearms in the United States and the Supreme Court's decision in District of Columbia v. Heller, which established a personal right to bear arms for traditional purposes, such as self-defense, under the Second Amendment.

This Note contends that if a right is granted to one class of citizens, the denial of that right and the subsequent negative consequences of that denial are at odds with the principal value expounded in the nation's founding documents, that all people are created equal. As the emotional push and pull for gun regulation continues, states must be careful to construct gun regulations that do not further contribute to racial inequality and the mass incarceration of Black people.

Part I of this Note discusses the history of the debate over gun control and the Second Amendment in the United States.

Part III uses the Minnesota statute regulating gun possession as an example of the consequences of 'colorblind’ laws, analyzes the racial biases inherent in its construction, examines the disparate enforcement of the statute, and argues that decriminalization of gun possession, the removal of certain redundant sections of the statute, and police reform are necessary to eliminate the disparate consequences for communities of color that contribute to the overall climate of inequality in Minnesota and the nation as a whole.

Over the past 30 years, few issues have sparked such outrage and yet such little concrete action as the gun control debate. Understandably so--the United States has a gun violence problem. Americans are ten times more likely to be killed by guns than people in other developed countries, and there are more firearms per capita than anywhere else in the world. Mass shootings at schools, movie theaters, and night clubs have left an indelible mark on the nation's collective conscience and caused many to call for a ban on all guns. If, however, political will to make change does exist, legislators must be more careful in constructing regulations so they do not contribute to further inequality between White and Black Americans. States like Minnesota may take several steps to reform existing statutory schemes to prevent disparate treatment of minorities. Removing the bar on the sale and manufacture of Saturday night specials would allow those without the means to purchase a more expensive model the ability to do so legally. Eliminating controlled substances offenses from the list of violent crimes would similarly bring down a barrier that is more likely to have prevented Blacks from obtaining a permit for a firearm than Whites. Abolishing the provision preventing those appearing on the gang database from obtaining a permit is necessary to undo the prejudice that comes from linking Black style to criminality. Lastly, establishing a higher standard of investigation for gun possession and instituting state-and country-wide police reforms are essential to eliminating bias in the highly discretionary world of police-citizen interaction.

Without these reforms, Black Americans and other minorities will continue to be over-policed, over-searched, over-prosecuted, and over-incarcerated for exercising their Second Amendment rights as (newly) granted by the Supreme Court. It may not be easy to convince legislators to pass laws that people could perceive as putting more guns in the hands of criminals. Fortunately, as the country as a whole has begun to recognize the effects that drug crime enforcement and mass incarceration generally have had on the Black population, and even conservatives push for sentencing reforms and decriminalization, this may become easier. But what will make these reforms politically difficult is exactly what makes them necessary--to eliminate one more instance of the racialized social control of Black people through 'colorblind’ legislation.