The Indignities of Color Blindness 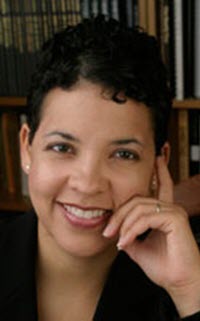 Imagine an applicant to a public university who is an accomplished pianist, grew up in a rural town in central Texas, and is African American. Each of these aspects of her background has played a formative role in shaping her identity. Now imagine that the university's admissions office, which is reviewing her application, has been directed not to consider her race or the race of any other applicant. The university used to take race into account in evaluating the entirety of each individual candidate in order to promote student diversity, but is now under a court order that bars racial considerations. Admissions officers may deliberate on our applicant's experiences playing the piano and coming of age in a rural town. But because the university has been compelled by the court to adopt a colorblind admissions process, her race is off limits.

Colorblindness defines the rules of equal protection. It manifests in the strict scrutiny standard that treats racial classifications as presumptively unconstitutional, on the assumption that they “promote notions of racial inferiority” and are inherently stigmatizing. Taking away the state's authority to make decisions on the basis of race, the thinking goes, will eliminate these corrosive effects.

This Essay takes a different view. It argues that colorblindness itself stigmatizes and demeans the dignity of individuals who identify by race. Colorblindness does this in two, related ways--one narrow and one broad. First, it treats racial identity as inferior to the extent that it excludes race from consideration of an individual's background while considering other forms of social identity. In the above example, the state is forced to ignore the race of our hypothetical applicant, even as it takes account of other aspects of her personal history. Second, by foreclosing racial considerations, colorblindness denies those who racially self-identify the full expression of their identity. Because the race of our applicant is officially invisible, the state is prohibited from recognizing her as she sees and defines herself. Colorblindness, therefore, demeans persons who embrace racial identity by denying them agency over how they present themselves to--and consequently are understood by--the state.

In Grutter v. Bollinger, the Court upheld racial considerations in university admissions as part of a “holistic” assessment of each applicant's characteristics and experiences. The question of whether and how racial identity matters for these purposes is at the heart of Fisher v. University of Texas at Austin (Fisher II), which as of this writing is pending before the U.S. Supreme Court. The case could determine whether the University of Texas may explicitly consider the race of individual applicants as part of its college admissions process in order to supplement the level of racial diversity achieved under the state's race-neutral Top Ten Percent Law. A decision to reject the University's individualized consideration of race would lead to the compulsory colorblindness problem described in the opening hypothetical.

This Essay draws upon “whole-person” rationales in the Supreme Court's dignity jurisprudence to bolster the diversity justification established in Grutter. I contend that the Court has advanced these rationales to strike down laws that prevent persons from expressing, or the state from recognizing, core social identities. I define “core social identity” to refer to a biological or physical characteristic, status, or condition that limits access to opportunity and that has been subject to some form of social sanction, such as discrimination, prejudice, or stereotype. In such a context, I argue, the compelled disregard of identity in higher education admissions is not neutral, but rather can have the subordinating effect of coercing a disfavored group into a state of social invisibility. The state's failure to consider a core social identity, therefore, burdens individual dignity, raising constitutional concerns.

The holistic emphasis of diversity-based admissions aligns with the Court's whole-person considerations in other constitutional contexts. In each of the cases described in this Essay, the Court has rejected--either on equal protection or substantive due process grounds--government policies that are perceived as diminishing a core social identity, thereby denying the whole person state recognition. I contend that the failure to consider race in higher education admissions, along with other individual experiences and perspectives, similarly degrades persons who have chosen to racially self-identify.

The Court's recent marriage equality decision in Obergefell v. Hodges raised whole-person rationales to a new constitutional plane, creating a path for reimagining constitutional controversies in the area of race. Although Obergefell's meaning and significance may be debated for some time, this Essay argues that it advances equality-based conceptions of liberty that should be applied to diversity-based considerations of race. Building on Obergefell, I contend that disregarding racial identity is analogous to discrimination against gays and lesbians who have been denied their “distinctive human experience” through laws that forbid marriage equality or that inhibit sexual autonomy. I focus in particular on the Court's conclusion that these laws constitutionally infringe the dignity of gays and lesbians. My point here is that both race and sexual orientation are core social identities. The compelled invisibility of racial identity, therefore, comparably demeans those who have chosen to express themselves through race. By this logic, states not only should be allowed to consider racial identity in admissions policies, but the exclusion of race from an array of otherwise permissible background considerations, should itself violate equal protection.

Because Justice Kennedy has been the swing vote on affirmative action, I focus some attention on how to reconcile his equal protection opinions in this area with the dignity concerns he has expressed outside the context of race. A practical reading of Kennedy suggests that his concerns about stigma extend to those classifications that are imposed by the state and that the dignity principles he advances elsewhere should lead him to embrace voluntary racial identities. For the sake of consistency, if nothing else, he should reject constitutional rules that compel states to disregard an applicant's self-declared race in higher education admissions.

At bottom, I contend that the Court should extend the same generous interpretation of dignity in cases involving matters of sexual orientation and other core social identities to race cases, where dignity rationales are virtually absent. Fisher II, however, threatens to entrench colorblindness and racial identity's quasi-illicit status. By making it prohibitively difficult to consider race, the case could incentivize social practices and customs that seek to drive race underground, delegitimizing it as a subject of inquiry, exploration, and understanding and forcing racial identity further into the shadows.

There are other harms as well. Because colorblindness obscures the existence and complexity of racial difference, it perpetuates whiteness as a social norm. For example, in the absence of any explicit reference in the above hypothetical to the applicant's race, the university's admissions officers may assume that she is white, based on stereotypes that people who are accomplished pianists are white, as are people who grow up in rural, central Texas. Colorblindness in this scenario reinforces, rather than reduces, racial stereotypes by denying our applicant the opportunity to frame her identity in a narrative that challenges both racial conventions about whiteness and the presumed sameness of individuals of color.

Part I discusses dignity as it relates to whole-person considerations in the Court's individual rights jurisprudence. Here I contend that the Court's treatment of dignity in other constitutional realms is inconsistent with colorblindness doctrine and that the same dignity considerations--which have long been at the center of the struggle for racial justice and freedom be available on the basis of race.

Part III applies these lessons to argue for race-conscious admissions in higher education.

At first blush, diversity-based affirmative action and marriage equality may appear to have little to do with each other. Yet both acknowledge an individual's expressed identity in ways that advance institutional inclusion. In diversity-based affirmative action, universities recognize the race of individual applicants in admissions as a means for assembling a student body with varied backgrounds and experiences in order to enhance the educational environment. Marriage equality requires states to recognize the marital choices of same-sex couples on the same terms as opposite-sex couples, allowing gays and lesbians who choose to define themselves through marriage the same opportunities as heterosexuals. As the Court has observed in separate cases, affirmative action and marriage equality promote access for persons from historically subordinated groups to the institutions of marriage and higher education, respectively, enhancing the possibilities for social and civic inclusion.

My project here is purposely narrow, but as both Kenji Yoshino and Laurence Tribe have argued, Obergefell potentially opens new horizons in individual rights jurisprudence, far beyond the realm of university affirmative action. It remains to be seen how willing the Court is to develop equal dignity to expand opportunities for people of color. There is much territory to explore. This Essay only dips its toe into these waters.

Much has been lost under colorblindness. This Essay has sought to frame some of the possibilities for imagining a more robust constitutional order, which provides the state room to acknowledge and act upon individual racial identity in ways that are more faithful to the promises of our Constitution. It points to the Court's dignity jurisprudence--most notably in Obergefell--which has rejected laws and policies that fail to recognize individuals as whole persons and that otherwise subvert core social identities. Over the long run, these liberty and equality themes may be the key to a more racially inclusive constitutional order that rejects colorblindness and instead embraces a more robust vision of dignity and freedom.