Do Black Lives Matter to the Constitution? 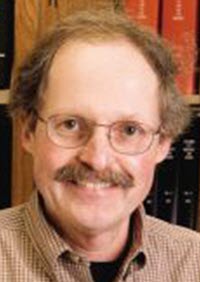 The fruits of the Second Founding were slow to develop. The post- Civil War amendments did, of course, abolish the formal institution of slavery, secure birthright citizenship, grant (theoretical) black male suffrage, and provide a secure foundation for a set of crucial civil rights statutes enacted by the early Reconstruction Congress. But these statutes quickly fell into desuetude, to be revived by the Supreme Court only in the 1960s when the Civil Rights Movement was at its apex. After the court's disposition of Civil Rights Cases in 1883, the Second Founding had little positive, and much negative, practical effect on the lives of African Americans until Charles Houston and his colleagues began to breathe life into the Fourteenth Amendment's Equal Protection Guarantee during the Great Depression. The nadir from which this effort began was aptly marked by Justice Holmes' (then sadly accurate) observation that the Equal Protection Clause is the last refuge of the desperate lawyer.

Still, the Brown decision, however late its arrival, was no mean accomplishment. If it did not, in the end, make much of a permanent dent in the racial identifiability of America's public schools, it did crumble the formal legal foundations of Jim Crow. Probably more important, as Congressman John Lewis has pointed out, it inspired civil rights organizers like himself to believe that the law was with them, rather than their oppressors, and provided at least a prod, at best an inspiration, to the Congresses that enacted the Civil Rights Act of 1964 and 1968 and the Voting Rights Act of 1965. Finally, and perhaps most significantly for the persuasiveness of the Second Founding argument, the Supreme Court's announced commitment in Brown II to desegregation “with all deliberate speed” prompted it to expand considerable institutional resources over nearly two decades in an effort to bring about this promised outcome. Through Green v. New Kent County, Alexander v. Holmes County Board of Education, and finally Swann v. Mecklenburg, the Court persisted in directing and approving measures aimed at dissolution of black schools and white schools in favor of a unitary regime of “just schools.” Although the Court eventually pulled back from this ambitious, unprecedented undertaking, and although America's public schools may again be nearly as racially identifiable as they were in 1954, the example set by its effort to redeem Brown's aspiration suggested that the Constitution could be used to advance substantive visions of racial justice.

So, the Second Founding rejoinder to the original Constitution's corruption through its capture by slavery may not be summarily dismissed. But if the regime established by our fatally compromised charter was founded on white supremacy, it would be surprising if the lasting impact of that foundation could be eradicated by the adoption, eighty years later, of three amendments which were themselves enforced only minimally for another eighty years, and inconsistently after that. The question posed by the title of this article is thus not intended rhetorically, in either direction. The extent to which black lives matter to the Constitution remains a matter of enduring controversy.

The lasting influence of Korematsu has made the path toward racial redemption by way of the so-called Second Founding a long and arduous one. The obstacles set along this path are considerable--racially discriminatory policies that harm African Americans and other racial minorities are likely unconstitutional only if the policies do so formally and explicitly, which today is very unlikely. On the other hand, racially remedial measures, which are likely to be formal and explicit precisely because of their remedial aims, are often struck down for that very reason. Measures that are formally neutral but disparately damage the lives of African Americans and other minorities as compared to whites will be evaluated by the courts with great deference to the governmental bodies who adopt them. Only rarely will these courts give weight to either our past and present societal structures of discrimination or the often unconscious, but no less real, white supremacist assumptions that perpetuate these structures. Instead, judicial review of formally neutral measures will seek to ferret out an elusive racial animus or antagonism that is rarely expressed and is thus nearly always nullified if race is used as a proxy for the pursuit of other goals. Whether a measure subordinates a racial group, on the other hand, is rarely a consideration.

These doctrinal barriers are indeed formidable. But, perhaps we need not be without hope. Constitutional doctrines, as we have seen many times throughout our history, are rarely permanent. And sometimes, as the success of the gay and lesbian movement for legal equality has taught us, ancient doctrines can be unraveled and replaced by new and better ones with considerable speed. Though the Constitutional law of race is, as we have seen, deeply entrenched, a different doctrinal approach to that law is available, even if the results its adoption might yield are unpredictable. This alternative approach is exemplified by Justice Ginsburg's opinion for the Court in United States v. Virginia. That opinion famously invalidated the Virginia Military Institute's ban on the admission of female students as unconstitutional discrimination on the basis of sex. But Justice Ginsburg also sought to ensure that requiring VMI to admit women would not, or at least would not automatically or reflexively, provide an argument for the demise of single-sex colleges for women which barred the enrollment of men. Accordingly, Justice Ginsburg reminded us that not all gender classifications are the same. Some gender classifications, those that “create or perpetuate the legal, social, and economic inferiority of women,” may never be used. But there are others, the admission policies of women's colleges among them, that are employed “to dissipate rather than perpetuate traditional gender classifications.” There is perhaps a paradox on the surface of this observation: How can a gender classification be used to dissipate gender classifications? But the resolution is obvious once we recognize that measures aimed at remedying the subordination of a disfavored group are entirely different from those which enforce that subordination. The form taken by either sort of measure--that is, whether it explicitly classifies on this basis of group membership or not--is less important than what it actually does.

If we could import Justice Ginsburg's approach to unconstitutional sex discrimination over into our law of race discrimination, and especially if we could extend that approach to formally neutral measures as well, we might significantly improve the chances that the post-Civil War Amendments can achieve their redemptive promise of racial equality. This rethinking would enable, even direct, our courts to focus explicitly on whether challenged laws “create or perpetuate the legal, social, and economic inferiority” of African Americans or other racial minorities in order to adjudicate their constitutionality. Such a focus would in turn require courts to consider the remedial (or subordinating) goals of challenged measures, their impact on the lives and social standing of racial minorities, the effects of past and present societal discrimination in their adoption and execution, and the possibility that they were influenced by unconscious racial denigration growing out of our common and tragic legacy of white supremacy. Whether a challenged measure formally classified people on the basis of race would not be irrelevant. But it would be just one factor among many rather than the sine qua non of unconstitutional discrimination. Notwithstanding Chief Justice Roberts' admonition in Parents Involved, it is not always true that “the way to stop discrimination on the basis of race is to stop discriminating on the basis of race.”

To acknowledge the obvious, none of this would be easy in practice. Not every law or policy with an adverse impact on racial minorities would be unconstitutional. Not every purportedly remedial measure would be sustained. The outcomes of challenges based on a law or policy's alleged discrimination would, for a time at least, and maybe indefinitely, be considerably less predictable than they are now. They would require, to borrow from Hamilton, judgment of a much more nuanced sort. To condemn racial subordination will not provide a ready algorithm for identifying it.

And there is a deeper problem. By asking judges to reject an almost purely formal approach to racial discrimination in favor of one that pursues a more substantive vision of racial justice, we may be demanding more of them than they can deliver. First, and most crucially, our current formal approach to race jeopardizes racially remedial measures above all others because they are likely to be open about their aims. It also almost completely ignores the disparate racial impact of our public policies, one of the most enduring features of American society. This state of affairs is likely to draw little objection from whites, many of whom are comfortable in the belief that equality is simply formal equality. A more vigorous judicial commitment to the eradication of racial subordination will lead not only to white discomfort but also to a reduction of unjustified white advantage. Indeed, that is part of the point of racial equality. This is not to suggest that racial justice is a zero-sum game. But it is to wonder whether our judges, themselves drawn almost by definition from elite backgrounds, are likely for long to pursue or sustain outcomes aimed at fundamentally changing a long-standing and stable, if unjust, racial distribution of social advantages.

Perhaps more vexing is the question whether independent Article III federal judges, even assuming they are less constrained by popular opinion than are elected officials, can or should be trusted with the power to decide which laws “create or perpetuate the legal, social, or economic inferiority” of African Americans and other racial minorities, and which ones, by contrast, “dissipate” such inferiority. Imagine the differences between the likely views of, say, Justices Ginsburg or Sotomayor on this question from those of Justice Alito or Thomas. Are the platonic guardians actually equipped to protect minorities from racial subordination? With respect to race, then, formalism may not offer much justice, but it does at least afford racial minorities a certain safe harbor from the worst sorts of race-based official, and perhaps even judicial, abuse.

So, a measure of caution about the efficacy of Justice Ginsburg's subtle, flexible, and above all, substantive vision of Constitutional anti-discrimination law is in order. And yet, to surrender to this caution and settle for the inadequate post-Korematsu law of race we have wrought is to concede that black lives may matter to the Constitution, just not all that much. If we are to transcend the white supremacist heritage bestowed upon us by the original founders, the heritage of Dred Scott and Plessy, we Americans should act as if we have the courage to demand that the Second Founding live up to its aspiration to end racial subordination in our country. That means insisting that our constitutional law of race at least ask the right questions, no matter how uncertain, unsettling, and painful the answers to these questions are likely to be.