White Americans and Rights as a Zero-sum Game 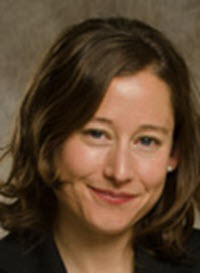 A century and a half after the ratification of the Fourteenth Amendment, and two years into the Trump presidency, it is as urgent as ever to try to make sense of American race talk. This Article takes on one dimension of that vast and often baffling undertaking: the growing sense among white Americans that it is they who suffer from discrimination in the current sociopolitical landscape. A recent study conducted by the Brookings Institute and the Public Religion Research Institute (PRRI) reveals that more than half of white Americans believe that "discrimination against whites has become as big a problem today as discrimination against blacks and other minorities," and the numbers go up to 72% for Republicans and 81% for those who supported Trump in the 2016 election. Other researchers have discovered that white Americans link this perceived threat to improvements they observe in the status of minority communities, revealing a zero-sum attitude toward rights and racial justice that is profoundly troubling to the constitutional order upon which we stake so much. If Americans truly believe that subordinated groups cannot achieve equality without diminishing the stature of the historically powerful, there is little reason to be optimistic about the future of rights in our multiracial democracy.

Rights continue to enjoy enormous symbolic power in our legal and political culture, even as concerns about judicial overreach in the articulation of rights continue to circulate in popular and academic discourse, and even as scholars have engaged in a thoroughgoing project of rights critique, exposing the ways in which rights legitimize and mask subordination. But if rights are seen as something to battle over in a zero-sum game--if every victory for one group is thought to be a defeat for another--then they are tragic indeed, containing within themselves the fodder for the next battle and perhaps countless others.

This Article sets out to analyze the various ways in which white Americans think about anti-white discrimination, including and especially the zero-sum premise, and to illustrate the surprising ways in which equal protection doctrine reflects and facilitates these different forms of white anxiety. The notion of white victimhood is, of course, a long-standing phenomenon in American politics and culture and has been explored in a rich literature spanning the disciplines of law, history, and political science. As historian Rick Perlstein has explained, detailing the development of the Right's "politics of rage," the storm of racialized resentment has been building for a while. But there is reason to believe that it has become a more potent force in contemporary American politics than was previously understood, and reason to explore the ways in which the very doctrine that should safeguard against these revanchist impulses instead facilitates them.

In Part I of this Article, I introduce research that reveals the proliferating view that discrimination against white Americans is a pervasive problem. Parsing the language of the survey instruments, I show that the queries can support a range of possible interpretations for what respondents intended to convey--possibilities that include a recapitulation of the well-worn claim that all instances of race-conscious treatment are equally offensive to moral and constitutional values. This normative premise, which we might call the "moral equivalence" principle, has long been the subject of intense debate and sustained scholarly inquiry. Its very familiarity, in fact, obscures what is a conceptually distinctive possibility: that in embracing the position that discrimination against white Americans is a pervasive problem, white Americans are advancing a descriptive claim about our world; not only that discrimination is equally pernicious no matter which way it runs, but also that it is as likely to be experienced by white Americans as by people of color. I describe this premise as the "factual prevalence" position to emphasize that it is an epistemic assertion, noting that it is one that is so deeply at odds with actual social patterns of subordination that we might be tempted to describe it, in contemporary parlance, as little more than "alternative facts." Most troublingly, some of the research suggests that white Americans who believe that they are now the primary victims of discrimination actually attribute that status to the improvements they observe in status for black Americans, revealing a zero-sum attitude about rights that is deeply corrosive to aspirations for racial justice.

In Part II, I demonstrate that there is a doctrinal foundation for each of these forms of race talk in constitutional law. To identify the moral-equivalence concept in current equal protection doctrine is easy to do, as this is more or less the Court's explicit position on race-conscious decision-making. Seeing the connection between the moral-equivalence position and the Court's own treatment of race requires only a quick survey of the equal protection landscape and the accompanying scholarly literature. What is less immediately apparent is how readily one can also make sense of the factual-prevalence position--absurd as it seems to be--by mapping it onto the Supreme Court's equal protection jurisprudence. As has been established (and critiqued) for decades, unconstitutional discrimination happens only when a government actor makes an explicit racial classification or engages in decision-making that was demonstrably intended to burden a racial group. The category of unconstitutional discrimination defined by the Court, therefore, does not include inadequate and grossly inequitable access to health, wealth, security, political power, or education. It does, however, presumptively include race-conscious strategies for combatting those inequities, such as affirmative action, school assignment, and redistricting. The result is a peculiarly shaped territory that may very well include more white claimants than claimants of color, providing a perverse doctrinal vindication for the otherwise preposterous idea that discrimination against white people is as factually prevalent as discrimination against people of color.

In the last Section of Part II, I show that even the zero-sum thesis, the most troubling and pessimistic view of racial justice among those surveyed, can also be traced to doctrinal principles. First, the Court has been fairly open about its own zero-sum anxieties in race-conscious employment and admissions programs. But the zero-sum messaging goes deeper and broader in equal protection jurisprudence. The Court has repeatedly allowed the government to meet its equal-treatment obligations by equalizing down rather than up, sending a recurring message that equality victories for some will entail losses for others. And because of the Court's persistent refusal to interpret the Constitution as providing anything other than a guarantee of negative liberties, there is no real limit to how low a state may choose to set the floor in response to demands for equality.  Part II, in sum, shows that in a series of independent doctrinal moves that were neither logically required nor otherwise inevitable, the Court has crafted an equality jurisprudence that reflects and facilitates all three forms of anxiety about anti-white discrimination: that it is morally equivalent to discrimination against racial minorities; that it is as factually prevalent as discrimination against racial minorities; and that it is indeed caused by the hard-fought progress for communities of color.

In Part III, I address whether we have sufficient evidence of the Court's actual impact on public opinion to draw any kind of meaningful connection between the attitudes revealed in recent research and the doctrinal principles articulated by the Court. Acknowledging the deep and persistent uncertainty about the extent to which the public pays any attention to the Court--much less allows itself to be influenced by it different ways of thinking about this relationship. Even accounting for the tenuous state of our current understanding about the "imperfect and inaudible dialogue" between the Court and the public, it is worth identifying the ways in which equal protection doctrine--with whatever communicative power it speaks to the public--reinforces rather than remedies the idea of a zero sum game

During Judge Robert Bork's confirmation hearings in 1987, he sat for five days and answered questions about his constitutional philosophy. One of the questions was whether he agreed that "when 'a court adds to one person's constitutional rights, it subtracts from the rights of others."' Bork said yes, describing it as "a matter of plain arithmetic." Linda Greenhouse, covering the hearings for the New York Times, focused on this "zero-sum" view, describing it as "sharply at variance with the vision put forth by [the judge's] opponents," who "spoke of the Constitution in organic rather than arithmetical terms, as a system elastic enough so that that adding to the rights of some did not necessarily diminish the rights of others." For some scholars, Bork's downfall serves as an example of the public's influence on the Supreme Court and constitutional meaning that's true, then his commitment to a zero-sum view of rights surely had something to do with it.

Some 22 years later, this same clash of visions emerged in another confirmation battle. This time, pressing Justice Sotomayor on her decision as a Second Circuit judge in Ricci v. DeStefano, Senator Sessions asserted vehemently that "[e]mpathy for one party is always prejudice against another." Unlike Bork, Sotomayor was easily confirmed, but it is Bork's view of the matter that now seems ascendant--for white Americans, that is. Significant numbers of white Americans believe that it is they who are now the primary victims of racial discrimination and that this is in fact caused by the progress that has been made toward racial equality by communities of color. This Article has shown that there's support for these corrosive ideas where we should least expect to find it: in the Court's equal protection jurisprudence.

As detailed above, the Court has crafted an equal protection landscape that primarily protects white claimants protesting the remedial use of race by government actors, making "discrimination" against whites highly salient and constitutionally significant. In another series of decisions, the Court has developed an equality jurisprudence that allows a state to meet its equal-treatment obligations by equalizing down rather than up, choosing the "equality of the graveyard" rather than the "equality of the vineyard." And because of the Court's persistent refusal to interpret the Constitution as providing anything other than a "charter of negative liberties," there's no real floor to how far a state may choose to equalize down. In combination, these doctrinal principles send the message that equality is something for historically powerful groups to fear--and it seems clearer and clearer that they most certainly do.

This is alarming under any view of the relationship between the public and the Court. One can harbor a healthy skepticism about whether the Court actually functions as a "Republican schoolmaster to the citizenry" and still be concerned about the Court's contribution to a sense among the public that historically subordinated groups cannot achieve equality without threatening the prospects of the politically powerful. Resisting this zero-sum premise--first by acknowledging its proliferation, and then by doggedly continuing to articulate robust alternative visions of equality--is essential to any hopes we might foster about working toward racial justice. In light of recent evidence that intolerant white Americans withdraw their support for democratic institutions when they perceive that people of color will share in the benefits those institutions provide, it appears that nothing less is at stake than the future of our democracy.