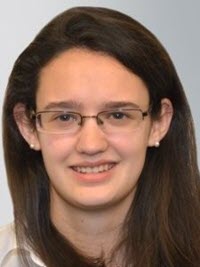 On the evening of April 19, 2017, a Texas police officer fired four shots into a vehicle driving away from a high-school party. One of those bullets struck and killed Jordan Edwards, a fifteen-year-old Black boy who was sitting in the passenger seat. Jordan's parents have since filed a civil rights lawsuit against the officer arguing that the officer used excessive force when he shot Jordan.

Since the 2014 shooting of another young, unarmed black man by a police officer in Ferguson, Missouri, activists have campaigned for a societal recognition that "Black Lives Matter." Scholars and commentators have advocated for new standards for police use of force and brought to light the disproportionate impact of certain police practices on minority communities. Protests have erupted as a series of police officers were acquitted of various forms of criminal homicide, if the officers were ever charged at all. This has led to the common refrain that "Black Lives Matter" and that our criminal justice system must begin to reflect that fact. However, little attention has been paid to the fact that Black lives are systematically undervalued even when governments do compensate victims of police violence.

The literal undervaluation of Black lives is the result of constitutional torts' adoption of a corrective justice approach to calculating damages. More specifically, Black lives are compensated at a discount because courts use race-based actuarial tables to calculate how much defendants must pay plaintiffs. To understand how this works, we must first consider the scheme used to calculate tort damages. When a young person is killed or seriously injured by a tortfeasor, such as a negligent driver, courts rely on actuarial tables to try to calculate damages. The tables help calculate how much the victim would have earned, how long they would have worked, and how long they would have lived. So too when a child is shot by a police officer, in violation of the Fourth Amendment, or denied medical treatment while incarcerated, in violation of the Eighth Amendment.

But these tables are not simply the average expected outcome for a "typical" or "average" person. Rather, the tables show the average member of a group defined not only by such metrics as age and income but also by race. Problematically, this results in lower damages valuations for Black lives since the tables estimate that they will live shorter lives and earn less money. It is shocking enough that tort law relies explicitly on such measures. It is even more startling that our civil rights enforcement mechanisms have adopted tort law's race-based approach to valuing lives.

Consider the example of a fifteen-year-old Black boy, like Jordan Edwards. When an adolescent is killed or seriously injured, estimating damages in a subsequent lawsuit is a major challenge. Little is known about the victim's future educational attainment, health habits, or employment prospects. So, in light of this uncertainty, experts must guess. In doing so, forensic damages experts almost always use two factors to approximate an individual's life expectancy and earnings: sex and race. Jordan would be expected to live another 58.4 years. The average weekly wage for a Black man in 2016 was $718. Based on these numbers, Jordan's lost earnings would be worth about $2.1 million, without adjusting for future inflation or discounting to present value. If Jordan were white, however, his lost earnings would be just under $3 million. Under our civil rights law, a Black boy's life is worth about seventy percent of a white boy's.

As of early 2019, Jordan's case had yet to be resolved and, like many such lawsuits, is likely to end in settlement. But there is ample evidence that race-based damages calculations in § 1983 civil rights cases are common. In one case, an expert witness who had performed thousands of lost-income analyses across his career testified that "no one had ever asked him to provide race- and sex-neutral calculations in wrongful death cases." Even when cases settle, this near-consensus approach to damages calculations informs the parties' initial bargaining positions and, by extension, the ultimate settlement. Therefore, these tables are at the center of how we value the rights and lives of people harmed by others-- including victims of unconstitutional state violence.

Yet plaintiffs' lawyers rarely challenge the use of race-based actuarial tables in court. Surprisingly, parties routinely stipulate to their use. Indeed, plaintiffs' lawyers have generally overlooked how race-based tables reduce plaintiffs' recovery amounts, even as they target other factors for that very reason. Consider the following perplexing example: In Estate of Gaither ex rel. Gaither v. District of Columbia, a plaintiff's expert used race to calculate damages in a case alleging unconstitutional conditions of imprisonment. By using tables that undervalue Black lives, the plaintiff's expert considerably reduced the potential award. Yet, at the same time, the plaintiff challenged the defendant's expert's use of the client's socioeconomic status in calculating lost earnings. If the plaintiff's lawyer was concerned about improperly reducing the award amount, why rely on a race-based table in the plaintiff's own report?

Similarly in Woodson v. City of Richmond, another constitutional tort case, the plaintiff's expert objected to the city's use of an online life-expectancy calculator that considered multiple factors not included in the standard actuarial tables, such as diet, exercise, and other lifestyle factors. One of the objections the plaintiff's expert raised was that this calculator was impermissible because it was not sufficiently individualized, in part because it did not consider race. Taking Woodson and Estate of Gaither together with the widespread practice of stipulating to the use of race-based tables suggests that there is an assumption--even by plaintiffs' lawyers--that race is relevant to calculating constitutional tort damages.

But even these courts were primarily squeamish about the reliability of the tables, not their constitutional implications. In short, these courts reasoned that because the defendant had not shown this particular person of color would live a shorter life or earn less money, the race-based figure was not a reliable way to calculate damages. This line of reasoning, however, is as much an argument against actuarial tables and statistical modeling as it is against the use of any particular factor in calculating damages. It does not address the uniquely problematic aspects of race-based tables and their potential equal protection implications.

This Note argues that the acceptance by plaintiffs' lawyers of race-based tables and courts' concerns about accuracy arise out of the same flawed assumption: that the goal of constitutional tort remedies is to restore a plaintiff to the position she was in before the unconstitutional conduct. This Note demonstrates that this seemingly value-neutral, technocratic fashion of calculating damages is anything but. Instead, the very selection of a narrow, private-tort-like framework smuggles in a value judgment that entirely ignores background conditions of inequality. Once the normativity of the current approach is laid bare, competing approaches--such as distributive justice or more historically sensitive corrective justice--that have long been discounted by scholars (and are thus undertheorized) become viable.

Analytically, the question of how damages should be calculated comes before the question of whether some external constraint--such as the feasibility or constitutionality of the chosen method--permits that approach. In other words, there are two separate questions of constitutional law at play in this Note: (1) by what metric should we evaluate methods of calculating constitutional tort damages?; and (2) is the current method constitutional? But, in the interest of breaking before fixing and laying bare the tort-like assumptions in the current approach, Part I of the Note explores the constitutionality of the use of race-based tables in constitutional torts. Prior scholars have argued these tables are unconstitutional in the context of private torts. Part I builds on those arguments, emphasizing the important ways that the analysis is changed and strengthened when the defendant is a government actor and the plaintiff is seeking to remedy violations of constitutional rights.

In private torts, that baseline is where the plaintiff was before the harm caused by the defendant. Part II argues that the narrow baseline conceived of in private torts is inappropriate for constitutional torts because of the government's entanglement with, and partial responsibility for, the plaintiff's original baseline. In short, unlike the usual tort, the plaintiff and defendant in a constitutional tort case are not strangers drawn together by unfortunate happenstance.

Proposing the use of a distributive justice framework is entirely new to this body of scholarship.

First, constitutional torts--especially police shootings and prison conditions--perpetuate racial hierarchies. This racial injustice, in turn, alters the baseline and makes the use of race-based tables especially problematic. In other words, constitutional torts have distributive ripple effects. Second, because the government (i.e., taxpayers) and not a specific tortfeasor pays out damages, distributive justice has a special appeal. To be sure, even as distributive justice fixes many of the analytical problems with corrective justice raised in Part II, it admittedly introduces its own distinct issues, which the Note also explores. By drawing out the various trade-offs between the two approaches, this Note lays bare the value choices currently being made only implicitly in the selection of a narrow, tort-like corrective justice approach to constitutional tort remedies.

Finally, in Part IV, the Note argues that the use of race-based tables is a symptom of a broader embrace of a particular, tort-like vision of corrective justice in the civil rights context, which explains why the practice has largely gone unchallenged. In light of the advantages and disadvantages of both corrective and distributive justice described in Parts II and III, the Note concludes by suggesting that debate over which of the two frames should be used is much needed and tries to identify the trade-offs between the two. In doing so, the Note highlights the potential implications of that discussion for substantive areas of constitutional law.

The consequences of this debate are far-reaching and serious, especially for those who believe constitutional and civil rights litigation has a role to play in correcting societal inequities. The fundamental limitation on corrective justice, even in its most capacious understanding, is the theoretical fiction that there is always some alternate timeline in which the harm did not occur that sets the baseline to which the plaintiff must be restored. But when the set of harms that might be corrected for includes the Atlantic slave trade, Jim Crow laws, or a racially discriminatory system of mass incarceration, the alternate timeline that flows from an unspoiled baseline is nearly impossible to conceptualize. Yet any baseline selected thereafter includes the harms that flow from those original sins. Thus we are left with three options: decide that those harms are not relevant in constitutional litigation, leave those harms uncorrected because our remedial framework cannot contemplate them, or look for a different framework. This pressing and essential question in constitutional law should not be answered covertly or by implication.