Anger, Gender, Race, and the Limits of Free Speech Protection 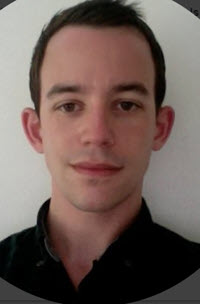 Like other areas of American law and jurisprudence, free speech rights under the First Amendment use emotions as essential indicia in analyses of claims, including those concerning individual rights. Anger is understood to affect individuals in a particularly powerful way. Typically, American constitutional law understands it as a combination of instinctual and cognitive-rationalist sensations at the individual level, reflecting perspectives from Roman Stoic Seneca to the modern works of Martha Nussbaum. In this generalized view, people may experience anger when engaged in speaking or listening--and often will experience it in the contentious debates of modern society--but can manage to curb most impulses to lash out (i.e., violently), at least most of the time.

Yet, First Amendment jurisprudence permits some exceptions to the broad sweep of free speech rights at least in part with anger in mind. Two of these doctrines hold that certain speech does not receive protection under the First Amendment: situations where the speech is so patently offensive as to constitute “fighting words,” i.e., statements likely to induce a listener to move to censure the speaker; and situations where the speech is meant to and likely will incite listeners to heed a call to join the speaker, i.e., statements intended to command others to engage in “imminent lawless action.” These scenarios correspond to doctrines established in the landmark cases of Chaplinsky v. New Hampshire and Brandenburg v. Ohio, respectively. Both doctrines recognize the potential for anger to override rationality and restraint, carving out room for the state to prevent or terminate unprotected speech perceived as especially likely to produce those results.

Per those examples, First Amendment jurisprudence echoes well Nussbaum and others' work on emotions, and especially their framing of anger, in direct, face-to-face speech contexts. This essay challenges those streams of work, drawing heavily from critical legal studies (CLS), including feminist and critical race theorists work in U.S. constitutional law, to highlight the ways in which these understandings of anger are limited. Ultimately, these doctrines give only a partial view of anger--and the ways in which anger is understood and permitted to be expressed produce concrete inequalities. These doctrines also conflate distinct forms of ressentiment and resentment with anger, and free speech jurisprudence as a whole takes for granted an overly narrow, context-less view of “objective” anger. The way anger is understood, and can be expressed given prevailing social norms and legal tests, essentially erases individuals and groups (e.g., women, nonwhite and queer/LGBTQ+ people, and others) who face unequally distributed constraints on expressing certain emotions, or how they are permitted to express them, in public settings. Finally, this essay juxtaposes Chaplinsky's “fighting words” doctrine with “incitement” under Brandenburg, which share a common conceptual framework for understanding anger as a politically volatile emotion, yet present distinct normative and strategic concerns from a CLS perspective. This essay concludes with a summary and discussion of these phenomena as they concern First Amendment scholarship and jurisprudence, providing some suggestions for subsequent research pushing toward achieving more-flexible, truly expansive free speech protections.

CLS and other progressive-left legal scholars typically have embraced extant, expansive First Amendment protections for reasons of principle and pragmatism alike. Giving the federal courts greater power to regulate the content of individuals' beliefs or speech would expose already marginalized groups to the latent and overt biases of judges and Supreme Court justices just as surely as it could curb rhetoric propagating violent ideologies. Indeed, for that very reason, these concluding remarks do not call into question the “free speech principle” in general. After all, targeting the “mere advocacy” of the Klan's ideology through a refinement of the 1960s-era Ohio criminal syndicalism statute could, in the hands of hostile authorities or equivocal courts, open up leftist radicals to censure to the extent their “advocacy” contemplates extralegal strategies of protest and action. With these manifold challenges and pragmatic uncertainties in clearer view, plus the concerns of potential backlash in mind, the need for considerable further examination of how anger's framing in free speech claims is abundantly clear.