In Practice but Not in Name: The Futality of the Thirteenth Amendment in Protecting Against Forced Labor in Correctional Facilities and Detention Centers in the U.S.

Excerpted From: Holly Etheridge, In Practice but Not in Name: The Futality of the Thirteenth Amendment in Protecting Against Forced Labor in Correctional Facilities and Detention Centers in the U.S., 55 UIC Law Review 549 (Fall, 2022) (273 Footnotes) (Full Document) 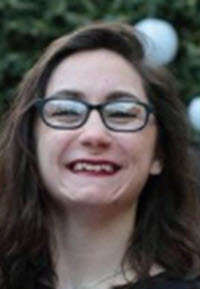 Dominique Morgan, a former inmate at an Omaha correctional facility, worked twelve hours a day in prison kitchens for 2.25 dollars per day. After taxes, Morgan would take home fifty-four dollars a month at this job. Most of the money earned would go towards necessities such as phone calls which could cost upwards of five dollars a call. Morgan shared that they would spend a whole day's worth of work on one stick of deodorant.

While the initial decision to become employed was voluntary, the working conditions were “grueling”, and the correctional facility cared little about their wellbeing. Morgan was diagnosed with HIV, and there were days where they physically could not handle the stress of spending twelve hours on their feet, yet if Morgan refused to work, they could face repercussions such as solitary confinement.

Such treatment is not confined to correctional facilities. It is also seen in immigration detention centers around America. At an Immigration and Customs Enforcement (“ICE”) detention facility in Aurora, Colorado, detainees described being forced to work. For up to eight hours a day, five days a week, detainees clean bathrooms, windows, patient rooms and staff offices, wax floors, and prepare and serve meals--all for little to no pay. ICE claims the work is voluntary and never required, but detainees share that such work is forced. If they refuse to work, they are threatened with solitary confinement.

These anecdotes are examples of the treatment inmates receive around the country. When those who are imprisoned refuse to work, they are threatened with punishment to coerce said work. Such experiences are modern forms of forced labor-- something that ought to have been illegal but has persisted in our society to this day. The Punishment Clause of the Thirteenth Amendment has allowed for such practices to legally occur in our country, and they have taken on different shapes when challenged either by the courts, statutorily, or per public outcry.

This Comment discusses the Thirteenth Amendment's failure to end forced labor in America and put whites and nonwhites on an equal social playing field. Part II discusses the purpose and passage of the Thirteenth Amendment and its Punishment Clause and tracks through history the practices of indentured servitude. Part III argues that the Punishment Clause has allowed for forced labor to persist in our society. As new forms of slavery and indentured servitude meet challenges, oppressors find new ways to morph and disguise these social ills, thus continuing the pervasive oppression of Black individuals and other people of color. Part IV of this Comment proposes amending the Thirteenth Amendment to eliminate the Punishment Clause, thus criminalizing the practice of slavery and indentured servitude in its entirety. However, this singular effort would likely not be enough the combat the modern forms this has taken. To solidify concrete change, defunding of major police forces in our country and other common law and statutory reform is necessary.

The Thirteenth Amendment has been futile in protecting Black people from modern day slavery and indentured servitude. Throughout our nation's history, inhumane treatment has persisted and cleverly adapted to challenges posed by the legislature, judiciary, executive, and the public. When one form of slavery or indentured servitude is shunned or outlawed, its subsequent evil was not far behind. It began with vagrancy laws following four million enslaved people becoming freed individuals with the ratification of the Thirteenth Amendment. Convict leasing grew alongside vagrancy laws and sooner after debt peonage. Decades later, the War on Drugs began, and this paved the way for the present-day mass incarceration of Black people in our nation.

The rhetoric that our country is the “land of the free” is a falsehood for a significant portion of the population. Still today, Black people are forced into labor despite the passage of the Thirteenth Amendment centuries ago. It has failed to protect Black Americans from the slavery and indentured servitude it purports as unconstitutional.

This failure of the Thirteenth Amendment stems from centuries old prejudices and biases backed by nothing but bigotry and lies spread in order to keep Black people oppressed. To make a tangible difference we must begin to make the aforementioned, concrete changes in our criminal justice system--the system that has failed Black Americans for centuries. It is the duty of those with privilege and power to work toward fixing this problem, for it is time we move our country out of the seventeenth century and into a new time.