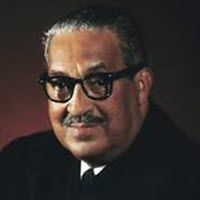 1987 marks the 200th anniversary of the United States Constitution. A Commission has been established to coordinate the celebration. The official meetings, essay contests, and festivities have begun.

The planned commemoration will span three years, and I am told 1987 is ‘dedicated to the memory of the Founders and the document they drafted in Philadelphia.’ We are to ‘recall the achievements of our Founders and the knowledge and experience that inspired them, the nature of the government they established, its origins, its character, and its ends, and the rights and privileges of citizenship, as well as its attendant responsibilities.’

Like many anniversary celebrations, the plan for 1987 takes particular events and holds them up as the source of all the very best that has followed. Patriotic feelings will surely swell, prompting proud proclamations of the wisdom, foresight, and sense of justice shared by the Framers and reflected in a written document now yellowed with age. This is unfortunate—not the patriotism itself, but the tendency for the celebration to oversimplify, and overlook the many other events that have been instrumental to our achievements as a nation. The focus of this celebration invites a complacent belief that the vision of those who debated and compromised in Philadelphia yielded the ‘more perfect Union’ it is said we now enjoy.

I cannot accept this invitation, for I do not believe that the meaning of the Constitution was forever ‘fixed’ at the Philadelphia Convention. Nor do I find the wisdom, foresight, and sense of justice exhibited by the Framers particularly profound. To the contrary, the government they devised was defective from the start, requiring several amendments, a civil war, and momentous social transformation to attain the system of constitutional government, and its respect for the individual freedoms and human rights, we hold as fundamental today. When contemporary Americans cite ‘The Constitution,’ they invoke a concept that is vastly different from what the Framers barely began to construct two centuries ago.

For a sense of the evolving nature of the Constitution we need look no further than the first three words of the document's preamble: ‘We the People.’ When the Founding Fathers used this phrase in 1787, they did not have in mind the majority of America's citizens. ‘We the People’ included, in the words of the Framers, ‘the whole Number of free Persons.’ On a matter so basic as the right to vote, for example, Negro slaves were excluded, although they were counted for representational purposes—at three-fifths each. Women did not gain the right to vote for over a hundred and thirty years.

These omissions were intentional. The record of the Framers' debates on the slave question is especially clear: The Southern States acceded to the demands of the New England States for giving Congress broad power to regulate commerce, in exchange for the right to continue the slave trade. The economic interests of the regions coalesced: New Englanders engaged in the ‘carrying trade’ would profit from transporting slaves from Africa as well as goods produced in America by slave labor. The perpetuation of slavery ensured the primary source of wealth in the Southern States.

Despite this clear understanding of the role slavery would play in the new republic, use of the words ‘slaves' and ‘slavery’ was carefully avoided in the original document. Political representation in the lower House of Congress was to be based on the population of ‘free Persons' in each State, plus three-fifths of all ‘other Persons.’ Moral principles against slavery, for those who had them, were compromised, with no explanation of the conflicting principles for which the American Revolutionary War had ostensibly been fought: the self-evident truths ‘that all men are created equal, that they are endowed by their Creator with certain unalienable Rights, that among these are Life, Liberty and the pursuit of Happiness.’

It was not the first such compromise. Even these ringing phrases from the Declaration of Independence are filled with irony, for an early draft of what became that Declaration assailed the King of England for suppressing legislative attempts to end the slave trade and for encouraging slave rebellions. The final draft adopted in 1776 did not contain this criticism. And so again at the Constitutional Convention eloquent objections to the institution of slavery went unheeded, and its opponents eventually consented to a document which laid a foundation for the tragic events that were to follow.

Pennsylvania's Gouverneur Morris provides an example. He opposed slavery and the counting of slaves in determining the basis for representation in Congress. At the Convention he objected that

the inhabitant of Georgia [or] South Carolina who goes to the coast of Africa, and in defiance of the most sacred laws of humanity tears away his fellow creatures from their dearest connections and damns them to the most cruel bondages, shall have more votes in a Government instituted for protection of the rights of mankind, than the Citizen of Pennsylvania or New Jersey who views with a laudable horror, so nefarious a practice.

And yet Gouverneur Morris eventually accepted the three-fifths accommodation. In fact, he wrote the final draft of the Constitution, the very document the Bicentennial will commemorate.

As a reslt of compromise, the right of the Southern States to continue importing slaves was extended, officially, at least until 1808. We know that it actually lasted a good deal longer, as the Framers possessed no monopoly on the ability to trade moral principles for self-interest. But they nevertheless set an unfortunate example. Slaves could be imported, if the commercial interests of the North were protected. To make the compromise even more palatable, customs duties would be imposed at up to ten dollars per slave as a means of raising public revenues.

No doubt it will be said, when the unpleasant truth of the history of slavery in America is mentioned during this Bicentennial year, that the Constitution was a product of its times, and embodied a compromise which, under other circumstances, would not have been made. But the effects of the Framers' compromise have remained for generations. They arose from the contradiction between guaranteeing liberty and justice to all, and denying both to Negroes.

The original intent of the phrase, ‘We the People,’ was far too clear for any ameliorating construction. Writing for the Supreme Court in 1857, Chief Justice Taney penned the following passage in the Dred Scott case, on the issue whether, in the eyes of the Framers, slaves were ‘constituent members of the sovereignty,’ and were to be included among ‘We the People’:

We think they are not, and that they are not included, and were not intended to be included. . . .

They had for more than a century before been regarded as beings of an inferior order; and altogether unfit to associate with the white race . . .; and so far inferior, that they had no rights which the white man was bound to respect; and that the negro might justly and lawfully be reduced to slavery for his benefit.

[A]ccordingly, a negro of the African race was regarded . . . as an article of property, and held, and bought and sold as such. . . . [N]o one seems to have doubted the correctness of the prevailing opinion of the time.

And so, nearly seven decades after the Constitutional Convention, the Supreme Court reaffirmed the prevailing opinion of the Framers regarding the rights of Negroes in America. It took a bloody civil war before the thirteenth amendment could be adopted to abolish slavery, though not the consequences slavery would have for future Americans.

While the Union survived the Civil War, the Constitution did not. In its place arose a new, more promising basis for justice and equality, the fourteenth amendment, ensuring protection of the life, liberty, and property of all persons against deprivations without due process, and guaranteeing equal protection of the laws. And yet almost another century would pass before any significant recognition was obtained of the rights of black Americans to share equally even in such basic opportunities as education, housing, and employment, and to have their votes counted, and counted equally. In the meantime, blacks joined America's military to fight its wars and invested untold hours working in its factories and on its farms, contributing to the development of this country's magnificent wealth and waiting to share in its prosperity.

What is striking is the role legal principles have played throughout America's history in determining the condition of Negroes. They were enslaved by law, emancipated by law, disenfranchised and segregated by law; and, finally, they have begun to win equality by law. Along the way, new constitutional principles have emerged to meet the challenges of a changing society. The progress has been dramatic, and it will continue.

The men who gathered in Philadelphia in 1787 could not have envisioned these changes. They could not have imagined, nor would they have accepted, that the document they were drafting would one day be construed by a Supreme Court to which had been appointed a woman and the descendent of an African slave. ‘We the People’ no longer enslave, but the credit does not belong to the Framers. It belongs to those who refused to acquiesce in outdated notions of ‘liberty,’ ‘justice,’ and ‘equality,’ and who strived to better them.

And so we must be careful, when focusing on the events which took place in Philadelphia two centuries ago, that we not overlook the momentous events which followed, and thereby lose our proper sense of perspective. Otherwise, the odds are that for many Americans the Bicentennial celebration will be little more than a blind pilgrimage to the shrine of the original document now stored in a valut in the National Archives. If we seek, instead, a sensitive understanding of the Constitution's inherent defects, and its promising evolution through 200 years of history, the celebration of the ‘Miracle at Philadelphia’ will, in my view, be a far more meaningful and humbling experience. We will see that the true miracle was not the birth of the Constitution, but its life, a life nurtured through two turbulent centuries of our own making, and a life embodying much good fortune that was not.

Thus, in this Bicentennial year, we may not all participate in the festivities with flag-waving fervor. Some may more quietly commemorate the suffering, struggle, and sacrifice that has triumphed over much of what was wrong with the original document, and observe the anniversary with hopes not realized and promises not fulfilled. I plan to celebrate the Bicentennial of the Constitution as a living document, inclding the Bill of Rights and the other amendments protecting individual freedoms and human rights.

Associate Justice, United States Supreme Court, Justice Marshall delivered this speech on May 6, 1987, at the Annual Seminar of the San Francisco Patent and Trademark Law Association in Maui, Hawaii. These remarks are reprinted in the Vanderbilt Law Review with his permission.