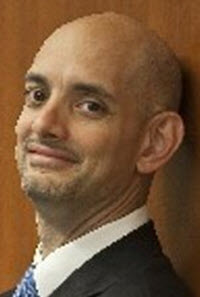 Mark Twain once defined a classic as something nobody reads. That aphorism has little relevance in law, where students and scholars carefully examine well-worn opinions to illuminate core principles. But a few legal classics, such as Dred Scott, are often not read today because they stand as examples of a judicial system gone wrong. These cases are the haunted houses of constitutional law-abandoned yet frightening. Lawyers are taught to avoid the principles they represent but spend little time examining how these decisions came about. For the profession, they are just mistakes that are best left buried and forgotten.

This article begins developing a conceptual framework for these anti-canonical episodes by describing a pattern of “preemptive opinions” issued during times of great constitutional stress. Just as volcanoes are thrown up along the fault lines of tectonic plates, so preemptive opinions lie on the boundaries between potential constitutional regimes. When a rising political movement sharply questions established legal principles, the Supreme Court often defends the old order by launching a preemptive strike to defeat the constitutional insurgents before they can gain overwhelming power. The result is an opinion that delegitimizes the opposition and turns unstated assumptions of the prevailing regime into enduring doctrine.

Preemptive opinions are harshly condemned because they share three traits that are radically at odds with ordinary jurisprudence. They first reach out to decide important and highly controversial questions that would otherwise be avoided under well-settled rules of judicial restraint. In the course of analyzing these red-hot issues, a preemptive decision falls into further disrepute by grossly inflating principles associated with the prevailing constitutional regime at the expense of competing values. Finally, almost every preemptive case develops new concepts of equality and fairness in an attempt to make its opinion invulnerable by appealing to the first principles of American liberty. The resulting decision purports to settle the debate against the Court's challengers. As Lincoln famously observed in his First Inaugural, however, the Court does not have the final word. Indeed, preemptive opinions are usually the last gasp of a dying constitutional order.

To illuminate the unique characteristics of preemptive cases, this analysis focuses on Jacksonian Democracy, which I have previously described as a “lost tribe of our constitutional heritage.” Interpreters of the Fourteenth Amendment usually proceed on the assumption that it was written against the backdrop of principles that were largely unchanged from the Founding. Yet the continuity between the Framers and the Reconstruction generation was deliberately ruptured in the 1830s by another set of creative leaders with their own constitutional vision. The fact that this era remains largely unknown to legal scholars reflects an excessive focus on the major periods of transformation-the Founding, Reconstruction, and, to a lesser extent, the New Deal. This article is part of a continuing effort to redress that imbalance by focusing attention on Jacksonian Democracy and other lesser movements for constitutional change in order to reveal their hidden influence on more familiar legal milestones.

That inquiry is particularly important here because two of the most famous preemptive opinions, Worcester v. Georgia and Dred Scott v. Sandford, were spawned by the rise and fall of Jacksonism. Worcester, the decision John Marshall made but Andrew Jackson did not enforce, was a sweeping and wholly unnecessary construction of Native American tribal equality and federal power designed to entrench Federalist doctrine and halt the racist and states' rights agenda of Jacksonian constitutionalism. By contrast, Dred Scott imposed a sharply limited and wholly unnecessary construction of African-American rights and federal authority to preserve Jacksonian principles against the threat posed by a growing Republican Party. The substance of these cases and the reputations of their authors could not be farther apart. With a little work, however, we will see that Worcester and Dred Scott are actually mirror opposites that are best understood as a yoked pair.

As this insight becomes clear, our view of these great cases will shift dramatically. While Worcester is often touted as a principled decision made in the face of a lawless President, in reality Marshall's opinion was largely a partisan exercise from beginning to end. In Dred Scott, the revisionism runs in reverse. One of the greatest symbols of result-oriented judging turns out to be pretty consistent in its application of Jacksonian tenets that had repeatedly won the approval of the American people. This does not mean that the conventional wisdom about Worcester and Dred Scott is completely false. Rather, the point is that both decisions contain exaggerated elements of partisanship and principle that are the signature of preemptive opinions.

This conclusion cannot answer the ultimate question of whether a given preemptive case was correctly decided. Some are wise. Others are foolish. But they are all the residue of profound constitutional disagreements and reflect structural forces rather than whispered conspiracies. It is therefore a mistake to view these opinions as unprincipled acts that should bring shame upon a particular group of justices. Instead, the discussion should focus on how preemptive decisions influence constitutional law and how they should be treated as precedent.

Part I sets forth a framework for understanding preemptive cases by contrasting their explosive dynamics with the traditional judicial process.

Part II chronicles the rise of Jacksonian Democracy and the Marshall Court's unsuccessful attempt to turn back that movement in Worcester.

Part III describes how Jackson gained control of the Court and follows the Taney Court as it asserted a new constitutional vision.

Finally, Part IV shows how Dred Scott followed Worcester and administered an overdose of Jacksonian constitutional principle in a futile effort to defeat the Republican Party.

Preemptive opinions lurk in the darkest parts of the jurisprudential wilderness. Driven by the fealty Justices owe to a particular constitutional regime and by the time pressure created when a new legal order appears on the horizon, these cases spurn traditional judicial norms and actively resist the oncoming transformation. In the process, preemptive decisions are wrought into monuments intended to stand for all time as representatives of a once-splendid era in constitutional law.

Yet the only truly timeless concept in American constitutionalism is the endless cycle of episodic change. Each generation seeks to place its unique stamp on our fundamental law, and in so doing comes into collision with the collective wisdom of the past. This article focused on just one turn of that wheel during the Jacksonian era. Most of the values and achievements of that period are now hidden; buried beneath the events of Reconstruction that were in large part intended to reverse Andrew Jackson's views on racial (in)equality and federal power. But this just shows how each cycle is inextricably linked to what came before. Thus, the story of how the Jacksonian era influenced and can still influence the law is only beginning.

By straddling the divisions between very different constitutional regimes, preemptive opinions become the most vibrant parts of our ongoing dialogue on the meaning of liberty. Perhaps the most brilliant example is Worcester v. Georgia, which should be restored to its rightful place as one of the great cases in the constitutional canon. Other such treasures are waiting to be discovered. We just need to dig where others refuse to look.