The Shaw Claim: The Rise and Fall of Colorblind Jurisprudence 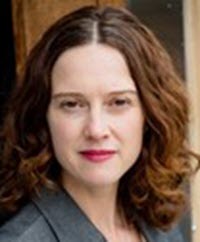 Justice is not blind, nor should it aspire to be. Our training as legal professionals demands that we apply the law to the facts and produce the decision. However, facts come in the form of narrative, of storytelling-- framed, clothed, dressed in skin.

Jurisprudence is never objective, nor does it stand isolated from cultural and politico-economic influences of the day. In Shaw v. Reno, the Supreme Court used colorblind theory to allow white voters Article III standing to allege a voting rights claim under the Fourteenth Amendment's Equal Protection Clause. The basic facts that prompted Shaw v. Reno are simple: after the 1990 census, North Carolina had redistricted and created majority-minority districts in an effort to comply with the federal Voting Rights Act (VRA). White voters, backed by strong partisan support, challenged the very districts that were created to give black voters an equal opportunity to elect their preferred candidate.

Shaw v. Reno was born in North Carolina at the time when white voters held voting majorities in 83% of congressional districts, when ten out of twelve districts were majority-white districts. Since 1898, during Reconstruction, North Carolina had failed to elect a single African American representative to Congress, although 22% percent of its population was of African descent.

After the 1990 Census, North Carolina gained a seat in Congress, and in response, the state packed a district with majority African American constituents in hopes of complying with the VRA. Since North Carolina was covered under federal preclearance due to its history of racial violence and voting rights discrimination, the Department of Justice (DOJ) reviewed the redistricting map. The DOJ rejected the map, finding that two districts, not just one, could be majority-minority districts to ensure African Americans would have an equal opportunity to participate in the political process and to elect a representative of their choice. North Carolina then created two majority-minority districts, First and Twelfth Districts, to comply with the VRA. The DOJ accepted that district map.

The General Assembly shaped the Twelfth District like a massive winding snake basking 160 miles along the state highway, intersecting ten counties in an industrialized corridor connecting North Carolina's largest cities of Durham, Greensboro, Winston-Salem, and Charlotte. The record of the General Assembly map drawers suggested it was designed to protect Democratic incumbents. The district was 53% African American. With two majority-minority districts, black legislators Eva M. Clayton and Melvin L. Watt were elected to Congress. White voters reacted to the election of the first black representatives in nearly a century by filing a federal lawsuit attacking the Twelfth District that elected Representative Melvin Watt.

Why return to Shaw v. Reno in 2020? For the past three decades, the principles of Shaw v. Reno have supported a movement to dismantle our most revered human rights legislation, the federal Voting Rights Act and the Fourteenth and Fifteenth Amendments. This movement was foreseen by a watershed of scholarship proceeding Shaw v. Reno on its absence of a coherent legal theory of injury to justify standing, its unprecedented factual vacuum, and its perverse distortion of the Equal Protection Clause.

With the rise of presidential lawlessness; a surge of voter suppression laws; a sharp increase in hate crimes against communities of color, immigrants, and sexual minorities; human rights abuses against refugee children; and the ever-present reckoning of climate change and capitalism more than ever--it's time to examine the causes and conditions that got us here. To do so, we must first acknowledge and then reevaluate the underlying judicial principles that no longer serve us and actively work injustice--one of which is colorblind theory.

Section II examines how the legal strategy of a deracialized narrative and colorblind theory captured the unexamined minds of the judiciary.

Section III challenges the premise that using race and color to determine election methods and district lines “threatens to carry us further from the goal of a political system in which race no longer matters” and explores the Supreme Court's theory of political integration. Section III presents Shaw v. Reno's factual vacuum and aspirational colorblind narrative juxtaposed with the massive factual investigations required of federal voting rights claims.

Section V lays a foundation for color-conscious jurisprudence offered by Supreme Court dissents of Justices Brennan, White, Blackmun, Stevens, Marshall, and Souter, which envision a judicial evolution to reformulate the unfit principles of colorblind theory. That section demands the critical need to raise the judicial level of consciousness, and develop new jurisprudence founded in strengthening the body politic and advancing democratic principles through race-conscious remedies. Given the 2016-2020 political climate that has emboldened white nationalism, these important dissents can provide a roadmap back to the original intent, purpose, and application of the Fourteenth Amendment.

It is intellectually disingenuous to state that at a time when white families gathered on a Sunday afternoon to watch a lynching, when terrorism reigned upon communities of color, when children feared their parents would be killed exercising their right to vote, Congress intended the Fourteenth and Fifteenth Amendments to be interpreted through a colorblind lens.

Applying the facts to the law requires the judiciary to interrogate the narratives and examine the causes and conditions that create racial inequality and human suffering. For those who have neglected to learn America's history of domestic terrorism against black and brown communities, jurisprudence based on the aspiration of a society where race no longer matters is, in fact, a racial act. Toni Morrison poignantly declared, “Statements ... insisting on the meaninglessness of race to the American identity are themselves full of meaning. The world does not become raceless or will not become unracialized by assertion.” Refusing to see data of America's economic and political racial hierarchy will not manifest political integration of historically underrepresented communities. Political integration is the true goal of the Fourteenth and Fifteenth Amendments. The next Reconstruction--our current civil and human rights crisis--demands eyes wide open.

Seventeenth-century French Archbishop Frances Fénelon counseled, “We only perceive our malady when the cure begins.” The 1965 Voting Rights Act and racially-conscious legislation and remedies authorized by Section V of the Fourteenth Amendment and Section II of the Fifteenth Amendment are the cures that allow us to perceive the malady of white supremacy. It is time an independent and conscious judiciary allows the medicine to work its cure.

Molly Peach Matter is a voting rights and human rights attorney based in King County, WA.