The Constitution, A Noble Framework for Participatory Politics but Not a Protection for Non-white Americans 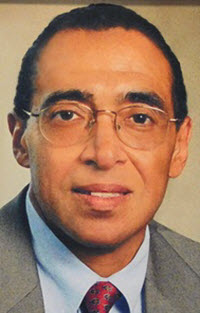 The United States Constitution deserves the veneration which we, as Americans, give it. The Constitution is the document evidencing the creation of our nation. The Bill of Rights was a noble attempt to guarantee certain rights for all American citizens. We must, nonetheless, remember that the Constitution is only a document and as a document it is subject to the varying and subjective interpretations of the men and women appointed to the federal judiciary. We must also remember that the President can, by his power of appointment, constitutionally seek to change the policy posture of the federal courts to effect economic, social and political change. As a result, nonwhite Americans cannot rely on the Constitution alone to protect their individual rights. Rather, they must be active participants in the political process by which the federal judiciary is appointed.

Judge Learned Hand, discussing the Constitution as it relates to the role of the judiciary in American society, stated that moral determinations contained only the content which each new generation gave to them in the light of its own experience.

You may ask what then will become of the fundamental principles of equity and fair play which our constitutions enshrine; and whether I seriously believe that unsupported they will serve merely as counsels of moderation. I do not think that anyone can say what will be left to those principles; I do not know whether they will serve only as counsels; but this much I think I do know-that a society so riven that the spirit of moderation is gone, no court can save; that a society where the spirit flourishes, no court need save; that a society which evades its responsibility by thrusting upon the courts the nurture of the spirit, that spirit in the end will perish.

Judge Hand wrote these words in response to the court packing fights of 1937. However, their significance may be equally relevant today as we watch President Reagan appoint judges to the federal judiciary who adhere to certain moral and political ideologies which promise to characterize the federal judiciary for several decades to come. By the end of his second term, President Reagan will have appointed approximately half the judges on the federal district and appeals courts. He will name more judges than any other president in United States history.

Traditionally, presidents have solicited recommendations from Senators of the president's political party. The greatest weight was given to the recommendations of Senators from the state or states within the district or appeals court's jurisdiction. “The more senior a senator is or the greater his power in the Senate (such as being chair of the Judiciary Committee) or in the national party hierarchy, the more influential he will be in the selection process.” Although loyal political party members were favored for judicial appointment, there was no in-depth investigation concerning a candidate's moral and political ideologies. The Attorney General and his staff screened candidates and submitted their names to the American Bar Association (ABA) Committee on Federal Judiciary for approval.

While judicial selections in the past have usually been made on grounds of politics and policy, the procedures tended to be loose, and the pressures and recommendations to the President came from so many different sources-members of Congress, governors, active party officials, members of the bar-that the result was a valuable diversity on the federal bench.

After this exhaustive screening process, the Justice Department sends recommendations to a White House Department of Justice committee, called the President's Committee on Federal Judicial Selection. This nine person joint Committee, which includes the Attorney General and the Chief of Staff, formalizes an active White House role in judicial selection and makes final recommendations to the President, who usually approves them. The judicial selection process is thus highly political and results in the recruitment of judges with identifiable attitudes and backgrounds. The background characteristics of a judicial candidate will inevitably have some effect on his or her decisions on the bench by reflecting personal beliefs, experiences and self-identification with various groups.

As a result, it is indeed difficult to imagine that Attorney General Meese has not imposed his constitutional and moral ideologies upon the Justice Department's federal judicial appointments screening process. According to Sheldon Goldman, a political scientist at the University of Massachusetts at Amherst, “[n]ot since the Roosevelt Administration have we seen such a systematic attempt to place on the bench people whose judicial philosophy and political views are compatible with those of the Administration.” As of December 15, 1986, President Reagan has appointed 292 Federal judges. Only 17 judges have been Black or Hispanic.

Recently, Jan Gottschall, a political science professor at the State University of New York at Plattsburgh, compared the votes of Reagan and Carter appointees in appellate court decisions during 1983 and 1984. Although Carter and Reagan appointees agreed 75% of the time, in civil liberties cases such as those involving racial discrimination, the Reagan judges were likely to favor the plaintiff in 26% of the cases as compared to 63% for the Carter judges. Reagan judicial appointees want to take the courts out of the business of protecting individual rights.

On December 5, 1986, a divided federal appellate court rejected an appeal to broaden a court ordered plan to desegregate Kansas City, Missouri's city schools by including suburban districts. The United States Court of Appeals for the Eighth Circuit, in a 5-3 vote, affirmed the district court's conclusion that the suburban school districts “are not liable” for violations that led to the major problems of intensely segregated city schools. Judge John R. Gibson, who wrote the majority opinion, and two judges who joined in his opinion were Reagan appointees. A fourth judge, a Nixon appointee, also joined the majority. A Carter appointee concurred in part and dissented in part of the majority opinion.

In his dissent, Chief Judge Donald P. Lay argued that the decision “destines the Kansas City metropolitan area to racially segregated schools and a segregated community for decades to come,” ignores Brown v. Board of Education and “brushes aside 30 years of this circuit's rulings mandating school integration.” Judge Lay, a Johnson appointee, was joined in his dissent by another Johnson appointee and a Carter appointee.

The impact, however, of the Reagan federal judicial appointment process is clear. Under the watchful eyes of Attorney General Meese, the federal judicial appointments process will select individuals who promote state rights, oppose affirmative action, and minimize the constitutional protections afforded individual rights. Non-white Americans will feel the impact of these appointments through judicial decisions reflecting conservative constitutional interpretations in the years to come.

The Reagan Administration's actions in the federal judicial appointments process revitalize the previous quote of Judge Learned Hand and give new meaning to the concept of a Living Constitution as federal judges reinterpret the Constitution's meaning in the process of adjudication. Precedent-setting policy decisions are the product of the social, economic and political ideologies of judges. The Constitution is “a thing without form or substance except insofar as it authorizes the judges to give it substance.” The Constitution does not protect non-white Americans from possible tyranny at the hands of any majority that might control the central government. While provisions in the Constitution have been interpreted by judges to protect the civil rights of non-white Americans, most Constitutional guarantees are designed to protect individual rights, not the rights of identifiable groups.

The thirteenth, fourteenth and fifteenth amendments banned slavery, conferred national citizenship, forbade the denial of due process, guaranteed equal protection of the law and provided the right to vote. Although their intent was to confer full citizenship rights upon former slaves, judges still found it possible to interpret the Constitution as permitting the “separate but equal” standard upheld in Plessy v. Ferguson. Indeed, it took the American judicial process over forty years to render a decision admitting that the civil rights of Japanese Americans were violated during their forcible relocation to internment camps during World War II.

Although the Court struck down racial segregation of schools in Brown, the nation, particularly in the North, is increasingly separated by race; residential segregation has not lessened even though discriminatory practices have been declared unconstitutional; the gap between black and white income has widened after twenty-five years of rulings outlawing discriminatory practices; despite “equal opportunity, black unemployment relative to white unemployment is at an all-time high, and affirmative action programs-which promise real gains for blacks-are struck down in the name of equality. Thus, social and economic inequality worsens even as the court affirms Constitutional Equality as the appropriate measure for race relations and whites pride themselves for judging others “regardless of race”.

Conflicts between individual rights, states rights, and national interests are always present. Non-white Americans must become full participants in American society and the political process if a positive equilibrium is to be maintained between liberty and constraint in the context of tradition and precedent for all Americans. “Participation ... is not just a means of choosing officials for the government.... Participation provides the essential ingredient for a democratic society.”

Given the legacy of the Reagan federal judicial appointments, it is incumbent on non-white Americans to actively participate in the mainstream of the American political process. Participation means more than just voting. Non-white Americans cannot rely on the Constitution *1202 to define their status or place in American society. Constitutional decisions do not change socioeconomic status. Racial barriers based on socioeconomic status and preferential access to opportunities do not fall when segregation laws are held unconstitutional. Socioeconomic racial and cultural barriers will continue to exist and must be overcome by diligent and persistent hard work. Recognizing that America is a white-dominated multi-ethnic and multi-cultural society, non-white Americans must make a conscious effort to actively participate in all of America's economic, social and political institutions. Often, this may mean participating in organizations with members who are overtly or covertly hostile to the presence and success of non-white Americans. However, a failure to participate permits those members hostile to non-white Americans to influence the organization's activities in many ways that may be indirectly detrimental to the economic, political and social well-being of nonwhite Americans. To the overall membership of the organization, there may never be any specific intent to create a discriminatory effect by the organization's activities. Hence, there will often be no legal redress available to compensate for the discriminatory effect.

“The American stereotype of an American still is [w]hite.” To succeed in America, non-white Americans must overcome socioeconomic, racial and cultural barriers, work hard (more than likely harder than his/her white counterpart), and adapt to a predominantly white anglo-saxon protestant culture through full and willing participation in traditional American economic, social and political institutions. This process is not easy and many pitfalls exist. However, constitutional guarantees of individual rights are meaningless for non-white Americans without a willingness to participate in American society and to overcome socioeconomic, racial and cultural barriers to success. In light of the Reagan federal judicial appointments, all non-white Americans must strive even harder for full participation in the American political process. This participation is necessary to influence future judicial appointments through their Senators and to override detrimental judicial decisions through the legislative process.