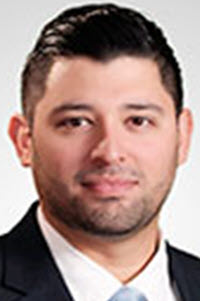 The Sixth Amendment safeguards an accused in criminal proceedings and affords them "the right to a speedy and public trial, by an impartial jury[.]" In furtherance of this right, the no-impeachment rule prohibits a juror from testifying after a verdict has been handed down about the jurors' deliberations. While there are limited exceptions to the no-impeachment rule, juror expressed racial bias is not one of them. When presented with the dilemma of a juror using racial bias in deliberations, courts must weigh two competing doctrines that serve as the foundation to our judicial system: (1) affording a defendant his or her constitutional rights to an impartial jury in criminal proceedings, and (2) ensuring that we protect the secrecy of the jury's deliberations.

In 2017, in Peña-Rodriguez v. Colorado, the United States Supreme Court addressed the issue of whether the no-impeachment rule overrules the Sixth Amendment right to an impartial jury in a criminal case. In a 5-3 decision, the Supreme Court held that the no-impeachment rule must give way, and courts are permitted to inquire into jury deliberations to determine whether a juror expressed racial bias during those deliberations. In doing so, the Supreme Court carved out a new exception to the long-standing rule that jury deliberations are to remain private. The majority opinion, written by Justice Anthony Kennedy, created a racial-bias exception to the no-impeachment rule. Justice Kennedy asserted that "blatant racial prejudice is antithetical to the functioning of the jury system and must be confronted in egregious cases[.]"

With this introduction, Part II of this Recent Development will discuss the history of the no-impeachment rule and the challenge of grappling with the plain language of the rule in light of an individual's Sixth Amendment right to a fair and impartial jury trial.

Part III will evaluate the background to the Peña-Rodriguez case and the path it took from the trial court up to the United States Supreme Court.

Part IV will evaluate the majority opinion and the dissenting opinions of the Supreme Court's decision in Peña-Rodriguez.

Part V will address whether the Peña-Rodriguez holding will apply in civil cases as well.

American courts have consistently followed the principle that what happens in the jury room, stays in the jury room--subject to limited exceptions outlined in Rule 606(b). Moreover, jury deliberations have long been a thing of mystery in that in only rare circumstances will a court be permitted to inquire into comments made while the jury was deliberating. In drafting the majority opinion, it appears Justice Kennedy looked beyond the language of the Constitution, focusing primarily on the meaning of the constitutional provision--affording a defendant in criminal proceedings the right to an impartial jury trial. In contrast, Justices Thomas and Alito drafted their dissenting opinions with a formalistic approach by looking to whether common law and the text of the Sixth Amendment support a racial-bias exception. With these varying approaches, it raises the question of whether the Court will continue to look beyond the text when it comes to constitutional jurisprudence. Nevertheless, it is clear the Court's decision in Peña-Rodriguez v. Colorado is a large step in the direction of remedying our judicial system of racially charged motives. Admittedly, racial bias has historically been an issue in the United States. However, the Court's decision in Peña-Rodriguez shows that courts will not be reluctant to take action in an effort to combat racial bias and impart trust and confidence in the judicial system.