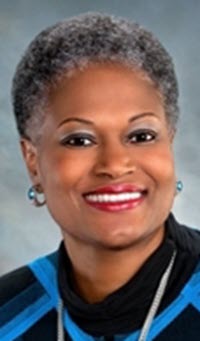 Public officials, law enforcement, and the media help perpetuate two distinct drug addiction pipelines: prison and the other treatment. The path to the former or the latter differs, in many cases, for black and white Americans. In the past two decades, thousands of Americans, white and people of color, have become addicted and died from illegal and legally prescribed pain relief opioids. As the number of white people overdosing on opioids grew, elected officials and law enforcements' objective shifted from largely incarceration to treatment to save addicts' lives, primarily in white communities. Part II chronicles and explores the federal government and law enforcements' response to what elected officials have labeled an Opioid Crisis.

Unlike the government response to the Opioid Crisis, predominantly and historically, individuals in various African American communities are arrested and often imprisoned for possessing illegal drugs, even when they suffer from drug addiction. For several decades, police besieged neighborhoods while engaging in the government-mandated War on Drugs, leading to the mass incarceration of black men and women. Part III examines drug laws, policies, and the dominant, disproportionate police presence in communities of color, beginning in the 1970s.

If there had been a heightened emphasis on treatment rather than incarceration of drug abusers within primarily African American communities targeted over the past forty or more years, communities of color may not have endured as much hardship. Moreover, if political rhetoric and media had not contributed to blacks' criminalization through their biased portrayal, there would likely be fewer negative consequences from the War on Drugs. Elected officials should have acknowledged that the most significant crisis was not to initiate and sustain a War on Drugs directed toward incarceration for crimes that often include possession of low-level, illegal drugs. Instead, black drug users, too, like white opioid addicts, needed enhanced treatment programs rather than increased harsher penalties and more correctional facilities. Part IV considers disparities and studies implicit bias, examining police and prosecution decisions and practices.

Despite the Opioid Crisis focus on the treatment given to people, historically outside of African American communities, who become addicted to legally prescribed or illegal opioids, there still are vestiges and current damaging drug initiatives targeting African American communities. Part V recommends strategies to reduce disparity across racial lines in criminal justice. The discussion evaluates community prosecution, its benefits, and its limitations.

This Article examined official drug policies across racial lines. Scholars reveal that in various instances, white drug users and distributors are treated differently in the criminal justice system. This disparity is particularly true when many whites become addicted and die from legal and illegal drugs. The Opioid Crisis unmasked the glaring inequality. The War on Drugs initiatives from the 1970s up to the twenty-first century elected presidents as tough-on-crime politicians but significantly harmed black communities, contributing to black people's mass incarceration, especially males. Government officials who have initiated compassionate approaches and notable policies to address the Opioid Crisis should also extend the plans to assist more black people addicted to various drugs beyond opioid addicts.

The examination in this Article presented scholars' findings that implicit bias contributes to inequalities, fear, criminalization, and mass incarceration of black men. Scholars widely find implicit bias training to be the primary method to open the discourse about the disparities in the criminal justice system across racial lines. Additionally, this Article evaluated concerns raised about the broad prosecutorial discretion given to prosecutors. The endeavor aims to widen the dialogue on prosecutorial discretion concerns, weighing the benefits of engaging more current and former prosecutors and assistant prosecutors in the discourse. Finally, the discussion on community prosecution explained the concept. The analysis suggested an overlooked or understated asset of community prosecution initiatives; they provide the opportunity for interactions between prosecutors and communities, arguably highly advantageous in communities of color. Ideally, increased interactions through community prosecution programs, along with similar community policing initiatives, will deter stereotypes and scholars' findings of individuals' anxiety and ostensibly fear of black men.

Professor of Law and Director of the Center for Prosecution, Liberty University School of Law; J.D., University of Cincinnati College of Law; B.A., Wake Forest University.