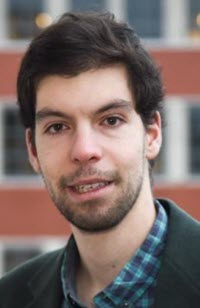 After his release from prison he was homeless. A 45-year-old Black man, Adrian Laster lived on the streets of Seattle, excluded from rental housing upon his reentry into free society. His crimes were non-violent drug offenses, but landlords turned him away. Stigmatized because of his criminal history, he joined the city's homeless population, composed disproportionately of people of color. “'I wish I could erase the felonies but I can't,’ Laster said. 'I think everybody deserves a chance.”’

Prisoner reentry is an urgent policy issue, brought to the fore by public concern with both the moral wrongs and fiscal costs of a system of mass incarceration that has become entrenched during the past half century--a system that has institutionalized racism by disproportionately imprisoning people of color. Among the direst problems confronted by former offenders on reentering society is homelessness. That problem was all the more acute during the Covid-19 public health crisis, as hundreds of thousands of inmates, released from jails and prisons across the country to limit outbreaks of the coronavirus, searched for stable and affordable housing. Criminal history disadvantages such home-seekers in the rental housing market, inhibiting prisoner reentry.

This article examines innovative local anti-discrimination legislation that addresses the confluence of mass incarceration and homelessness. The measures-- known as fair chance housing ordinances--restrict the use of criminal history in denying access to rental housing. To date, the ordinances have been enacted in fifteen localities across the nation, all but one since 2014, and related bills have been introduced in statehouses and Congress. The ordinances aim to support prisoner reentry into society and reduce structural barriers to housing that limit life chances, combatting both homelessness among people with criminal records and the risk of recidivism that is heightened by homelessness.

People of color are disproportionately caught in what the United States Interagency Council on Homelessness has termed a “cycle of homelessness and incarceration,” this article reveals. By disrupting that cycle, this article argues, the fair chance housing ordinances constitute a potent challenge to both systemic racism and discrimination based on criminal history. Notably, the ordinances build on a foundation laid by the Fair Housing Act of 1968 (FHA) but reach beyond the Act's protections to target bias against formerly incarcerated persons. This article analyzes the emergence, development, and provisions of the ordinances, examining local initiatives in the context of evolving federal and state efforts to counter bias against ex-offenders in the housing market. In particular, it considers guidance from the U.S. Department of Housing and Urban Development (HUD) concerning disparate racial impact as a consequence of rental housing exclusion based on criminal history. The article also shows how “ban the box” employment measures, aimed at countering discrimination against ex-offenders in the labor market, have provided a model for the housing ordinances. And it takes account of the grassroots activism that inspired the fair chance housing policy by highlighting the interconnected wrongs of homelessness, mass incarceration, and racial injustice.

This article focuses on the fair chance housing legislation developed in Seattle as a case study. The city has adopted a pair of ordinances distinctive in both establishing new civil rights protections for people with a criminal history and expanding restrictions on the prerogatives of owners of rental property. A 2016 ordinance created a “first-in-time” rule expressly intended to counter implicit bias by requiring landlords to offer rental units to the first qualified applicant. A 2017 ordinance created a novel suspect classification, defining people with a criminal history as a class protected from housing discrimination. Both provisions were unprecedented, setting Seattle at the forefront of achieving criminal justice and anti-discriminatory housing reform, and both have been subject to legal challenge by property owners.

This article argues that fair chance housing legislation modeled on the Seattle ordinances is needed to promote prisoner reentry by breaking the cycle of homelessness and incarceration. But the article also proposes an exemption for small rental properties occupied by the landlord, parallel to that in the FHA, and finds that fair chance housing policy must be paired with heightened enforcement of civil rights laws to prevent use of race as a proxy for criminal history as well as with regulations and incentives to increase the supply of low-income housing in rental markets.

This article proceeds as follows: Part I introduces the conjoined problems of homelessness and mass incarceration that impede prisoner reentry and disproportionately harm people of color. Part II surveys federal, state, and local policy responses to housing discrimination against ex-offenders and traces the emergence and development of local fair chance housing policy. Part III focuses on the Seattle ordinances, analyzing the rules that wholly bar use of most criminal history to disqualify applicants for rental housing and providing an account of the local activism that led to the legislation's adoption. Part IV addresses legal challenges to the Seattle ordinances mounted by landlords in a pair of cases both captioned Yim v. City of Seattle, involving due process, First Amendment, and Takings Clause claims. The first-in-time challenge reached the U.S. Supreme Court, where the Ninth Circuit's rejection of the challenge was denied review; the fair chance case remains pending in the Ninth Circuit after the ordinance was upheld in the District Court. Part V concludes by arguing that Seattle's fair chance housing legislation stands as a model for prison reentry policy while also proposing exemptions to blunt challenges such as in Yim v. City of Seattle; it argues for heightened enforcement of anti-discrimination laws to prevent the use of race as a proxy for criminal history and it calls for measures to increase the supply of affordable rental property in city housing markets. Fair chance housing policy, this article shows, affords a weapon against landlord prerogatives that thwart prisoner reentry.

Among the final arguments made in Congress on behalf of the FHA was a metaphorical one--that access to housing was like escape from prison, a “ghetto-prison.” The ghetto incarcerated Black people it was said; but a right to open housing--“a better home”--would afford entry to a life of dignity and opportunity. Nothing less than “a writ of habeas corpus for a whole people” could be envisioned in the anti-discrimination legislation:

On passage of the bill, Congress would thereby decree that society has no right, no authority to imprison a man in a ghetto, because of his color. A door would be opened. The prisoner would be free to leave, yes, free to flee the ghetto. Of course, the bill would not buy for the prisoner a fine home in the suburbs. But it would offer the prisoner the hope that if he tried to climb the economic ladder, society would not forever be stamping on his hands. If that could be done, it would eliminate the posts and cross-beams of despair on which the ghetto-prison is built.

Grim irony lies in the fact that the FHA did not contemplate reentry of formerly incarcerated people. On the contrary, it appeared inconceivable that ex-offenders, though disproportionately people of color, would enjoy the protections of the legislation. Today, the problem of homelessness caused by discrimination against people with a criminal history still falls outside the express purview of federal civil rights law. Yet, as this article demonstrates, pernicious bias in the housing market--the exclusion of former offenders from rental housing--is a racially disparate harm.

In breaking the cycle of homelessness and mass incarceration, local governments have proven to be incubators of civil rights innovation. Local fair chance housing ordinances stand at the cutting edge of criminal justice and housing reform, promoting prisoner reentry by striking at homelessness, recidivism, and systemic racism. The Seattle legislation represents a particularly promising model in recognizing people with a criminal history as a class protected from housing discrimination and attacking implicit bias through a first-in-time requirement. The efficacy of the policy remains to be tested through rigorous empirical analysis. As the Washington State Supreme Court noted in upholding Seattle's first-in-time rule, “There is room for substantial debate about whether such an experiment is likely to succeed.” As cities proceed with such experimentation, this article has suggested, fair chance housing legislation should be paired with heightened enforcement of anti-discrimination laws to prevent the use of race as a proxy for criminal history and with measures to increase the supply of private and public low-income housing, while also including an exemption for certain rental properties parallel to that in the FHA. Absent fair chance housing protections, owners of rental property will remain free to exclude people with criminal records, inhibiting the reentry of prisoners into society and rendering the costs of their homelessness solely a public responsibility.