American Hypocrisy: How the United States' System of Mass Incarceration and Police Brutality Fail to Comply with its Obligations under the International Convention on the Elimination of All Forms of Racial Discrimination,

excerpted from: R. Danielle Burnette, American Hypocrisy: How the United States' System of Mass Incarceration and Police Brutality Fail to Comply with its Obligations under the International Convention on the Elimination of All Forms of Racial Discrimination, 45 Georgia Journal of International and Comparative Law 571 (Spring, 2017) (Note) (240 Footnotes)(Full Article Not Available) 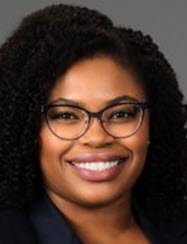 With her strong military and large capitalist economy, few have dared challenge America for her spot. Founded as a refuge for the outcasts of England, America quickly became the destination of many seeking shelter from oppressive governments and insurgents. In fact, the words engraved on the Statue of Liberty, America's symbol of freedom, welcome those most in need:

"Give me your tired, your poor,

The wretched refuse of your teeming shore.

Send these, the homeless, tempest-tost to me,

I lift my lamp beside the golden door!"

This is the American Hypocrisy: the ability of the United States to see the inequities of other countries while turning a blind eye to her own. Racial discrimination has been an unfortunate component of American society since its founding. Operating under a system of race-based slavery, the writers of the Declaration of Independence open with the obvious untruth that all men are created equal. Since that time, the American hypocrisy and racial discrimination has continued to affect the lives of minorities. In the 1940s during World War II, the United States joined the fight against the Holocaust while thousands of African-Americans were lynched. In the 1960s, America led the charge to stop the spread of communism in Vietnam while neglecting the struggle for civil rights within the United States. And today, America is working diligently to fight violence abroad while failing to address the domestic violence within her borders.

In the last couple of years the shooting deaths of several African-American males at the hands of law enforcement officers, and the failure to indict the officers responsible, galvanized protesters across the United States to raise awareness and demand changes in policing practices. Beginning in 2014 with the shooting of Michael Brown and continuing through 2016 with the shootings of Alton Brown and Philando Castile, these deaths are emblematic of a tragic, wider trend with respect to the treatment of African-American males in the U.S. criminal justice system. Sadly, these deaths are nothing new: the abuse, and even murder, of blacks was a historical practice. However, with the advent of camera phones and social media, the incidents are now documented and widely disseminated, thereby bringing the topic into national focus.

This Note will discuss whether the deaths of African-American males by law enforcement officers, in light of the long history of racial discrimination in the American criminal justice system, violates the duties and obligations set forth in the Convention. The premise of this Note is that the discriminatory policing tactics employed by law enforcement officers and the disparate treatment of African-Americans within the criminal justice system are contrary to the mandates of the Convention, and without more action by the U.S. Congress, these problems will continue to plague racial minorities.

Part II will detail the facts of the shooting of Michael Brown and provide a brief history of racial discrimination in the American criminal justice system.

Part III will discuss the Convention's history and relevant provisions and will also provide a detailed look at the domestic laws that are designed to address police use of force.

Part IV will analyze the United States' obligations to policing and use of force under international law. Lastly,

Part V will provide recommendations for complying with international law.