Say Her Name: The Black Woman and Incarceration 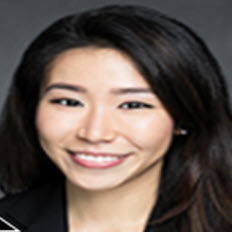 “Eric Garner. Mike Brown. Tamir Rice. Freddie Gray. [ ... ] Michelle Cusseaux. Tanisha Anderson. Aura Rosser. Meagan Hockaday. [ ... ] So those of you who recognized the first group of names know that these were African-Americans who have been killed by the police over the last two and a half years. What you may not know is that the other list is also African-Americans who have been killed within the last two years. Only one thing distinguishes the names that you know from the names that you don't know: gender.” --Kimberlé Crenshaw, The Urgency of Intersectionality TED Talk, November 2016

The story of the black woman is missing from the current mass incarceration discourse. Despite an alarming racial disparity in female incarceration rates, the black woman's role in the criminal justice context has been limited to one that is primarily in connection with incarcerated black men and their absence in black communities. This paper attempts to explore the lesser known narrative of the incarcerated black woman by demonstrating how black female prisoners have been harmed by the disparate impact of the criminal justice system much like their male counterparts. I present the case that black women are disproportionately affected by systematic incarceration practices in similar, if not identical, ways to black men: the opportunities for economic and social participation by such persons is greatly degraded by the institution of mass incarceration. I argue that given the unique role many of these black women fill as primary caregivers, the effects of incarceration on the black community are profoundly amplified when the black woman is incarcerated. Lastly, I suggest several remedies that should be implemented at the federal and state levels to address the disparate racial impact of incarceration policies. These remedies are not intended to serve as a complete solution to racism and the criminal justice system; rather, remedial approaches should include, but not be limited to, the suggestions discussed in this paper. Federal remedies should focus on antidiscrimination laws regarding ex-felon employment and amendments to current drug laws. Federal action should also reopen channels to public assistance in realms from which the formerly incarcerated have been closed out of, such as welfare and housing. State remedies should operate at the local-level through municipal policing initiatives and community coalition-building. For these policies to be effective, however, they must be preceded or accompanied by a shift from a punitive to rehabilitative criminal justice framework.

Despite the growing prominence of mass incarceration in the national discourse, the most marginalized and vulnerable individuals are left out from the conversation. Given the alarming number of incarcerated black males, more attention has been placed on the impact of mass incarceration on black men. Black women, on the other hand, are uniquely positioned at an intersection of two groups whose mass incarceration rates are rapidly increasing: black persons and women. The absence of a spotlight on incarcerated black women manifests in extremely harmful consequences, such as inadequate prison reform with respect to female offenders. The challenges faced by black women are also unique in that they have a devastating impact on female ex-offenders and non-offenders alike. For offenders, black women fall victim to both race-neutral policies, such as aggressive drug enforcement policies, as well as gender-neutral policies like mandatory minimum sentencing. For non-offenders, the large absence of black men from their communities leads to destabilized communal and familial norms. It is critical to include black women in the narrative of mass incarceration, as black women are not only among the most vulnerable, but also play an important role in their communities such that their incarceration would have long-lasting and compounded effects.