Death with Dignity for the Seemingly Undignified: Denial of Aid in Dying in Prison 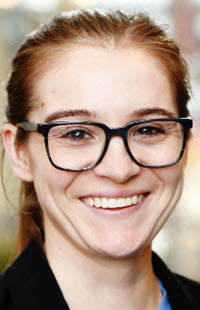 Few topics in American society illicit the strong reactions that suicide and aid in dying do. For some, suicide arouses moral and religious condemnation, and for others intellectual intrigue. Whatever the reaction or interest, suicide is studied by a wide range of academic disciplines, and the conversation has progressed from debating the morality of suicide to debating the morality of the “right to die.” For the purposes of this Comment, aid in dying refers to “a terminally ill competent patient's decision to seek a physician's help in prescribing medication to hasten the dying process.” In the past several years, a number of states have either passed or proposed laws that permit aid in dying. While these debates continue, little attention has been given to a prisoner's access to aid in dying. This Comment weaves together the historical and philosophical underpinnings of suicide and aid in dying to assess how the Supreme Court and state courts have interpreted and evaluated a constitutional right to die. In addition, this Comment will address some of the most prevalent oppositional arguments to the availability, constitutionality, and morality of aid in dying. In the end, this Comment finds the denial of aid in dying in prison violates the Eighth Amendment of the Constitution's prohibition on “cruel and unusual punishment.”

Part I will undertake a philosophical and religious historical account of suicide and how it has informed Western ideals about suicide, which in turn have influenced the conversation surrounding aid in dying.

Part II offers a comparative analysis of how courts have dealt with the issue of a patient's right to withdraw medical support or refuse potentially life-saving treatment as compared to a prisoner's right equivalent (or lack thereof).

Part III provides an overview of how the Supreme Court has weighed in on aid in dying and how it has conceptualized various liberty interests in bodily integrity and autonomy, as well as the Court's jurisprudence on a prisoner's right to health care and how this body of case law has required states to provide prisoners with rights and access that are not endowed on non-incarcerated individuals.

Lastly, in Part IV I argue that denying a terminally ill patient access to aid in dying violates the Eighth Amendment based on the historical and philosophical underpinnings of the “right to die” debate, the Supreme Court and various state courts' treatment of health care decisions (both in the context of prison and outside of it), and the evolution of the Supreme Court's treatment of “cruel and unusual” punishment.

Opinions about aid in dying have evolved in recent years and the public has become more accepting of the underlying rationale for permitting it. The autonomy, self-determination, and pain that a terminally ill patient may feel justifies the decision to die with dignity. Not only has the public become more receptive, but courts and state legislatures have as well. Despite an overall trend towards compassion in aid in dying, terminally ill incarcerated individuals are not afforded the same compassion, nor the same opportunities to end-of-life care. This is a violation of the Constitution's prohibition on cruel and unusual punishment because it is unnecessarily punitive and exacerbates the pain of individuals already suffering. When the state strips individuals of their freedom and denies them their ability to “provide for their own needs,” the government has an affirmative duty to provide for the inmate. Regardless of how we morally feel about aid in dying as an option, and perhaps believe that those incarcerated deserve to suffer, the state must fulfill its obligation to provide for aid in dying because anything less is “incompatible with the concept of human dignity ....”