Mass Incarceration: The Obstruction of Judges 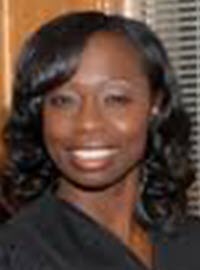 Mass incarceration is a big and well-recognized problem nationwide. There is widespread agreement that too many people are being incarcerated for too long. State and federal legislators have passed legislation aimed at reducing rates of incarceration. In 2018, Congress responded to this crisis through the passage of a criminal justice reform bill known as “The First Step Act” that implements reforms aimed at reducing incarceration rates in federal prisons for non-violent criminal offenders. In academic and policy circles, the topic of mass incarceration has been widely debated. Judges, of course, play a role in that process. Yet, very little attention has been paid in public discourse to what judges think about their role in sentencing, and how it relates to mass incarceration.

State and federal judges are responsible for adjudicating criminal cases, and most importantly imposing sentences. But state courts impose most criminal sentences. In 2017, roughly 14 million or 95 percent of criminal cases were filed in state court systems, compared to 75,861 in federal court. This statistic demonstrates the importance of state courts in any discussion relating to mass incarceration. In this study I interviewed thirty-three judges in starkly different jurisdictions--Alabama and Massachusetts. Alabama and Massachusetts have vastly different rates of incarceration. Alabama has one of the highest incarceration rates in the country, while Massachusetts has one of the lowest. The study reveals several factors that may attribute the differences in incarceration rates to the institutional and political contexts in which these judges work and how it may affect their decisions.

There are roughly 5 million people living in the State of Alabama according to the U.S. Census Bureau. Approximately 26.8 percent of the state's population identified as African American; 4.2 percent identified as Hispanic or Latino; and 65 percent of the population identified as White only. In 2016, nearly 30,000 people were sentenced to the Alabama Department of Corrections, or ADOC. African Americans made up roughly 54 percent of the inmates housed in ADOC facilities as well as community corrections, federal, other states, and county jail custody. Alabama does not systematically account for inmates who identify ethnically or racially as Hispanic or Latino. Instead, it seems that this group is classified as “White” or “Other.” Although incarceration rates have declined, Alabama still incarcerates approximately 987 people for every 100,000 Alabamians, with prison inmate capacities exceeding 180 percent in recent years. As one Alabama judge opined, “In other communities, the impact of race [is] harder to pinpoint, but it's pretty easy to pinpoint in Alabama.”

Judge Tracie A. Todd serves as a State of Alabama Circuit Court Judge for the Tenth Judicial Circuit Criminal Division where she has presided over felony and misdemeanor offenses since 2012.