(Color)blind Reform: How Ability-to-pay Determinations Are Inadequate to Transform a Racialized System of Penal Debt 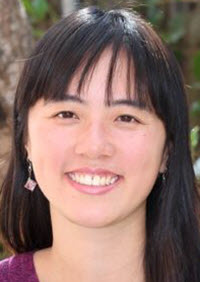 A great deal of attention has recently turned to how willful indifference towards the financial hardships of defendants has compromised the integrity of our criminal justice system. It is now widely understood that economic sanctions imposed with criminal convictions have proliferated nationwide. Courts increasingly impose fees on convicted people to cover basic court expenses, such as the maintenance of court facilities and compensation for court personnel. Nonpayment often leads to incarceration for people without the resources to pay, in direct contravention of established U.S. Supreme Court precedent.

Courageous reformers, including academics, advocates, and directly impacted individuals, and reform-driven coalitions have fought back. The dominant legal attack has been centered on the need for robust “ability-to-pay” determinations. These “ability-to-pay” determinations are judicial (or quasi-judicial) proceedings premised on the ideal that a monetary punishment must take into account a defendant's financial circumstances--their ability to pay, so to speak. In Mississippi, Colorado, and Missouri, for example, litigator-reformers have successfully asserted that courts impermissibly infringe upon the due process rights of indigent defendants by failing to properly evaluate their ability to pay before sentencing them to incarceration or a host of punitive measures. In California, Tennessee, Virginia, and Mississippi, reformers advanced groundbreaking bipartisan legislation in ability-to-pay determinations in the context of driver's license suspensions. All of the litigation and policy successes are monumental steps towards decarceration and full decriminalization of poverty.

However, as reformers coalesce around strategies to combat modern day debtor's prisons, there is a substantial risk that ability-to-pay determinations may inadvertently jeopardize the otherwise noble goal of these reforms.

Facially, ability-to-pay may advance procedural due process and prevent the incarceration of people who, faultless in their indigence, are unable to pay fines and fees. To mollify government stakeholders, ability-to-pay is billed as maximizing collections rates and decreasing the frequency of default payments. Nonetheless, while reformers explicitly or implicitly indict the racial disparities inherent in the systems they endeavor to reform, ability to pay, as the solution, may be insufficient to achieve the equal racial justice they seek. Ability-to-pay determinations often happen daily behind closed doors or in unmonitored courtrooms where there is no oversight or regulation. They can occur in front of an audience with no intimate understanding of the devastating conditions of poverty, such as a judge, an employee of the court, a collections agent, or any person authorized by the court or county. In short, faith in ability-to-pay determinations may be misplaced.

Drawing on a 50-state survey of codified ability-to-pay standards and my personal experience as a reformer and direct services lawyer in California, this article describes the potential pitfalls of ability-to-pay determinations and how they may undermine movements for racial and economic justice.

This article argues that state-sanctioned policies that assess fines and fees are a neoliberal racial project that serve to redistribute resources from Black families to state governments in a faux-taxation scheme that circumvents the traditional political process and is predicated on racially discriminatory stops. In an expanding criminal justice system, the citations are the batons, the fines the weapons of financial destruction, and the fees the instruments of deprivation. This fauxtaxation scheme, couched in a colorblind justification of “personal accountability” and “revenue generation,” exacerbates the racial economic divide, which leads to further entrenchment of lack of mobility and wealth generation in minority communities. Not only do unregulated and ill-devised ability-to-pay determinations threaten to reinforce the legitimacy of this cash register justice system, they stand to enable the reproduction of racial and economic inequality. They are, as Gerald P. López aptly puts it, a mere “status quo +” modification rather than meaningful systemic change.

A strategy too reliant on ability-to-pay determinations has also put reformers in the uncomfortable place of having to negotiate, and concede, criteria for indigency determinations, an unenviable, if not impossible, task because poverty is all too transitory and complex. Furthermore, it fails to account for racialized realities of the criminal justice system. Ability-to-pay neither accounts nor corrects for racialized policing that gives rise to citation patterns. Nor does it account or correct for derivative racial stratifications in wealth accumulation and a deepening racial economic divide. It also fails to compute the compounding effects that derive from existing court debts. In failing to account for all of these components, ability-to-pay determinations may inadvertently legitimize racial inequity.

Such determinations can be at best race neutral, at worst racist, and may have the unintended consequence of perpetuating racial disparities in wealth accumulation. It is through a critical race theory lens that this article describes the ways in which ability-to-pay determinations require invasive inquiries into a defendant's financial resources, apply under-inclusive criteria to define “indigency,” and invoke implicit or explicit racialbiases. Moreover, the very players that are implementing ability-to-pay determinations have a vested interest in collection that increases their propensity to assess more rather than less, and the bureaucracies in which they operate are racialized structures that both reflect and help to create and maintain race-based outcomes in society.

At best, the system operates as designed--even when determinations are administered uniformly and no person is incarcerated for failure to pay a court fine or fee, it inflicts incontrovertible harms on people who are found to be “able to pay” and imposes new harms that are racially distributed based on who enters the process in the first place. In pressing for ability-to-pay determinations, reformers should be wary of compounding the state-sanctioned wealth stripping that is rapidly eroding the accumulation of Black wealth.

While scholars have advanced legal attacks on court debt systems and examined its harms, there has been virtually no analysis rooted in critical race theory about the reforms that courts and mainstream reformers have mutually coalesced around.

This Article endeavors to problematize a conventional criminal justice reform. Part II explains the emergence of a legal right to an “ability-to-pay” determination and how states currently interpret and administer these determinations. Part III deploys a critical race theory analysis as to why ability-to-pay determinations alone may be insufficient to ameliorate racial disparities. Part IV proposes alternative advocacy strategies for reformers that do approach racial equity and justice.

The racial project of penal debt arising from traffic and criminal violations is not merely extractive. It punctures the safety net so forcefully that a person is effectively stagnated in all modes of economic possibility. Without being able to pay off fines and fees, the cycle of poverty spins faster, towards an inevitable end of joblessness, criminalization, incarceration, and economic precariousness. In light of this downward spiral, there is a natural instinct to find an immediate bipartisan solution, e.g., ability-to-pay determinations, to stall the endless revolving door between poverty and incarceration. But reformers should heed short-term fixes that can lead to long-term harm.

As our nation moves towards the decriminalization of poverty, reformers should reflect on whether ability-to-pay determinations will actually bring us closer to racial equity and equal justice. Will it tangibly diminish the criminal justice system by minimizing the system of social control over Black bodies, preventing prolonged police stops, and reducing the likelihood of escalated violence with law enforcement? Will it effectively reduce the mass incarceration of indigent people of color? Will it create opportunities for individuals of color to build wealth and reverse the decades of regressive taxation to fund court operations? Will it change the status quo--or will it merely restructure it? At best, it will slow the wealth extraction machine down, but it will never fully eliminate it nor will it eradicate the system's racialized patterns. And in the worst case scenario, the negative characteristics of the status quo continue, and we are left with an enhanced collections system that is even more burdensome and invasive than the one before it. We still “end up balancing the budget on the backs of the poorest people in society.”

There are good reasons to be wary of ability-to-pay determinations. Alexandra Natapoff writes that, “we risk turning the most vulnerable population into funding fodder for the very institution from which we are trying to protect.” As the net widens, and individuals are swept into the criminal process for low level violations, we turn increasingly to “supervision and fines as indirect, long-term constraints on defendant behavior,” and in doing so, extend “the informal consequences of a citation or conviction deep into offenders' social and economic lives.” “The widening net, moreover, is not colorblind: decriminalization risks further racializing the selection process as police are empowered to stop and cite young black men more freely ....” When unchecked, ability-to-pay determinations also stand to “render the punishment system more expansive, flexible, legitimate, and seemingly cost-effective,” much like the modern-day phenomenon of the rise of the reentry industrial complex.

We must strive to “creat[e] a system of justice that is free from the pernicious influence of race, a system that truly lives up to our ideal of equal justice under law.” Let us not make ability-to-pay determinations a shortsighted “economic policy masquerading as progressive penal reform.” Instead, we should aim for a more meaningful and consequential strategy to restoring dignity and economic freedom to people that have been long disenfranchised by insurmountable court-ordered debt.

Lecturer and Clinical Instructor at the East Bay Community Law Center, a Clinic of University of California, Berkeley, School of Law.