Law, Prison, and Double-double Consciousness: A Phenomenological View of the Black Prisoner's Experience 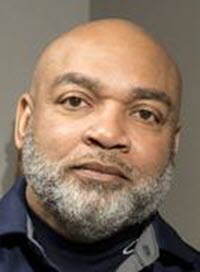 Mass incarceration is like a plague that has been passed among generations of young black and brown men with seemingly no end. Conversations abound concerning mass incarceration. Much of the scholarship on prison has focused on the mechanisms by which our massive carceral state has been constructed and maintained. Scholars such as Angela Davis, Khalil Gibran Muhammad, Michelle Alexander, and James Forman Jr. have examined mass incarceration from a number of different perspectives, expanding our collective understandings of how it perpetuates racism, and inequality.

But at some point, we must also explore how prison affects the mind of the incarcerated. One aspect of mass incarceration that has not been thoroughly discussed is that of the lived experience of the prisoner. Prisoners have primarily been talked about; rarely have they had the opportunity to give first-person accounts of their experiences. Here I add my voice to those of George Jackson, Reginald Dwayne Betts, Michelle Jones, David Evans, and others to use our experiences as opportunities to capture a glimpse of life in prison.

The rule of law has been the justification most widely invoked to sustain the systematic oppression of black people in the United States. The colonial project created the context within which the construction and application of law came to rule the body and mind through institutionalized enslavement. The prison-industrial complex is a relatively recent iteration of that historical project. Mass incarceration and the rule of law are inextricably linked as they signify an assault on one's identity, threatening to colonialize the mind while dominating the body.

I must first acknowledge that for everyone, prison is an extremely traumatic experience whose effects are magnified with the passage of time. In speaking about my experience of race philosophically, it is not from the perspective of having the privilege not to do so; it is out of existential necessity.” I am a black prisoner. When I say “the prisoner” I am talking about myself. But I also discuss the experience of prison in general--the experience of any prisoner who lives in the United States' system of “corrections.” So when I say “the prisoner,” I am also talking about others. Using “I” would be too exclusive a term, while using “we” would be too inclusive.

For the black prisoner specifically, the psychological effect of incarceration is concomitant to the resentment implicit in the reality of being black in spaces that are anti-black .... Mass incarceration, as a manifestation of the law, embodies this enmity. For everyone, lives lived within the prison occur in a space where the individual's sense of self is refracted through an antagonism to individuality: the prison does not recognize the prisoner's sense of self, and for that reason, the prisoner's self is altered. Moreover, black prisoners have always lived their lives behind a DuBoisian veil. Separated from equality and recognition not once but twice, the black prisoner is held captive by the numerous conflicts and contradictions that play an integral role in his conception of himself. Convicted of a crime, he must grapple with his criminality, but being perceived as a criminal was his reality before committing any criminal act. He was born guilty of possessing black skin and was later convicted of being a black man. Double-double consciousness is the prisoner's response to his oppression, but also an affirmation of his own humanity.

Double-double consciousness serves multiple purposes for the black incarcerated citizen. It will serve him throughout his life. He will engage life with a penetrating vision that gives him the “capacity to see in surface phenomena the meaning of deeper realities, to see the deep structure below the surface.” He will seek out balance between the interests of the racialized worlds that he inhabits. His sense of himself will be firmly rooted in the recognition of his humanity as a reflection of the humanity of others. He will value life and what it has to offer in ways that are difficult to put into words. Double-double consciousness saves him from the debilitating social, emotional, and psychological effects of prison. It will also enable him to better interrogate and examine the social, emotional, and psychological effects of being a formerly incarcerated citizen upon his return to “the world.” Upon his release from prison, he will be conscious of his interactions. He will be conscious of the need to develop interactional norms that recognize the dignity, and acknowledge the respect, that he has for others. His experience of mass incarceration instills in him a consciousness that renders him “excruciatingly alive to the world.”

Mass incarceration should raise a multitude of questions about how human beings treat one another. Crime and punishment are intimately connected through law, but how the law operates on all the human beings involved should be considered more closely. How does incarceration affect consciousness? What are the emotional and psychological consequences of incarceration? Double-double consciousness is only the beginning of what has the potential to explain how the law changes consciousness, and how the effects of such change can be understood. If the prisoner's consciousness is being altered through the execution of laws designed for the betterment of all, then those who practice and actively exercise the law have an added responsibility to understand the consequences. The experiences of victims and their families, defense and prosecutorial attorneys, judges, and lawmakers are all related to the experiences of prisoners and their families, and the communities that they return to, which are often the same communities of victims and their families. As experience can be an excellent medium to confer knowledge, I encourage others with experiences connected or related to mass incarceration to interrogate their own experiences for meaning, and then to share that meaning with others.

James Davis III has been a student in Wesleyan University's Center for Prison Education (CPE) since 2011 and a Middlesex Community College student since its partnership with CPE began in 2016. He is also a Founding Mentor in the TR.U.E. pr.ogram, a second chance initiative program in Connecticut that serves eighteen- to twenty-five-year-old men.