The Cruelty of Supermax Detention and the Case for a Hard-time Sentencing Discount: a Pragmatic Solution to a Moral Shortcoming

Excerpted From: Mirko Bagaric and Jennifer Svilar, The Cruelty of Supermax Detention and the Case for a Hard-time Sentencing Discount: A Pragmatic Solution to a Moral Shortcoming, 60 Santa Clara Law Review 101 (2020) (330 Footnotes) (Full Document) 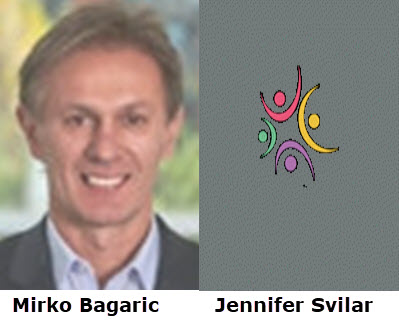 The United States rapidly moved toward a state of mass incarceration due to an increasing crime rate and the War on Drugs, which led to the adoption of wide-ranging harsh, mandatory penalty regimes. These changes commenced about four decades ago and resulted in a rapid increase in imprisonment numbers, rising more than four-fold in the forty years to 2012. In the past few years, this trend has started to reverse. Prison populations have reduced approximately seven percent from 2009 to 2017. Although this trend is headed in the right direction, it is too slow. At this rate, it would take nearly half a century for the United States imprisonment rate to reduce to the international average.

The mass incarceration crisis has led to loud calls for a reduction in prison population. Hidden within the number of incarcerated prisoners lies an even more acute problem: the brutal and arguably inhumane manner in which tens of thousands of prisoners are confined.

Confinement in supermaximum (“supermax”) prison conditions often involves long periods of solitude and access to little more than life's bare necessities. Supermax is synonymous with solitary and constitutes a meaningfully harsher deprivation than conventional prison conditions, which typically permit interactions with large numbers of other prisoners, visits from friends and relatives, access to educational programs, and the capacity to move around in relatively large spatial areas. The contrast between the conditions in supermax and conventional prison is so pronounced that it is verging on intellectual and legal sloppiness to describe both forms of confinement under the same terminology: “imprisonment.”

The principal consideration that should inform penalty severity is the principle of proportionality. This is the view that the seriousness of the crime should be matched by the hardship of the punishment. This principle commands that the additional burden experienced by prisoners who spend time in supermax conditions should be factored into the sentencing calculus. Presently there are approximately 60,000 offenders enduring supermax conditions in the United States. They are suffering far more than offenders who are in normal prison conditions. Their additional suffering has no recognition in the sentencing or prison system. This is a profound oversight. The hardship of a prison sentence is currently measured primarily by its length, a quantitative measure. However, this is too simplistic because this measure fails to account for the qualitative severity of the punishment.

We propose that for each day in supermax prison, a prisoner should receive two days of credit towards fulfilling his or her term of imprisonment. This approach would make sentencing law and practice more jurisprudentially sound, dissuade prison authorities from subjecting prisoners to supermax conditions for trivial reasons, and would not compromise community safety. The main exception to this recommendation is for prisoners who are serving time for serious sexual and violent offences and who are assessed by a risk assessment instrument as continuing to present a meaningful threat to the community. Such prisoners should not receive an earlier release date because the objective of community safety trumps the principle of proportionality.

Ideally, supermax conditions would be banned or strictly restricted. These conditions are so severe that they should be used only in the rarest of circumstances. However, our recommendation is a practical compromise that stops short of imposing stricter regulations on supermax conditions because more significant regulatory changes would face significant political barriers. Medical and empirical data establishes that these conditions cause prisoners, who are subjected to them for a considerable time, significant physical and psychological ailments. The ideal approach to this form of punishment is to abolish it, except in the rare instances where prisoners are repeatedly and uncontrollably violent towards prison guards or other prisoners. Indeed, there are now growing calls for abolition. Despite this, there is insufficient support for systematically reducing the use of supermax confinement. Therefore, although we do not disagree with calls to effectively abolish the use of supermax detention, a pragmatic and workable solution that accepts the ongoing regrettable reality of supermax prisons into the foreseeable future is necessary. This Article provides that solution.

In the next part of this Article, we provide an overview of the history of the development of supermax conditions and the extent and manner of its current use. This is followed in Part III by an examination of the impact that supermax conditions have on inmates. We discuss current legal efforts to abolish or reduce the use of supermax confinement in Part IV. Our key reform recommendations are set out in Part V and summarized in the concluding remarks.

Imprisonment is a severe hardship. It is for this reason that it constitutes the most serious sanction in our system of law--apart from capital punishment, which appropriately is a rarely-implemented sanction. In evaluating the hardship of prison, the only relevant measure for sentencing purposes is the length of the prison term. This is an error. Although conditions vary considerably, and the diversity of the conditions is typically a matter of degree, this is not always the case. Sometimes the difference is manifestly stark--so much so that the forms of punishment are effectively different in nature. Generally, all mainstream imprisonment conditions involve offenders being out of their cell for several hours per day; contacting other prisoners; visiting rights; and accessing basic amenities such as libraries and exercise facilities. Supermax conditions stand apart from this construct. They involve imprisonment within imprisonment. They are constrictive to the extreme and involve removing every aspect of stimulation and engagement from a person. They are isolationist to the extreme and cause immense suffering. They are so different from conventional prison conditions that they constitute a different form of hardship and thereby a different form of punishment.

In this Article, we have recommended that a doctrinally coherent and pragmatic approach to supermax conditions requires a premium to be added for time spent in supermax conditions. There is no objective mathematical formula that can be applied to determine the correct quotient for this loading, but the reduction must be meaningful. We suggest that prisoners should receive a discount should of 50% of the time that they are confined in supermax conditions, with limited exceptions. In other words, prisoners should receive two days of credit for each day they spend in supermax conditions. This is a sizeable discount. It is justified by the facts that the burden of imprisonment has a quantitative component (i.e., the length of the term) and a qualitative component (i.e., the prisoner's experience of imprisonment), and that supermax prisoners are far more constrained that other prisoners.

We propose several exceptions to this discount. The primary exception is that the discount should not be credited to offenders who have committed serious sexual or violent offenses unless they are deemed to be at low risk of reoffending as assessed by a risk and needs assessment tool. For this cohort of offenders, the aim of community protection outweighs the proportionality principle. A second exception applies for prisoners who game the system in order to be sent to supermax conditions. Such prisoners should not receive the discount. A final exception applies for prisoners on death row or sentenced to life imprisonment, who also cannot receive the discount.