American Exceptionalism at its Finest: “Soft on Crime” Now a Vote-winner in the World's Largest Incarcerator 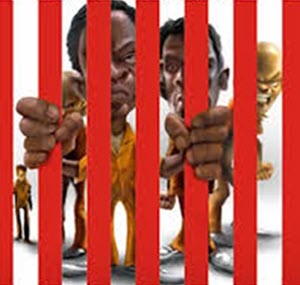 For over 50 years, the United States federal government embraced a “tough on crime” political strategy. Since President Richard Nixon declared the “War on Drugs” in 1971, both major political parties (Democrats and Republicans) have implemented an unabated policy of increasing penalty severity for crime. This has resulted in America's prison population increasing fourfold in the four decades prior to 2012. This is how the United States became, and remains, the world's largest incarcerator. America has nearly 25% of the world's prisoners, yet less than 5% of the world's population. Moreover, the burden of imprisonment has been borne disproportionately by the most disadvantaged social groups. In particular, African Americans are imprisoned at higher rates than any other section of the community.

Criminologists and legal scholars have criticized the massive growth in prison numbers, arguing that higher prison populations do not make the community safer and that it is unethical to punish criminals in a manner that is disproportionate to the severity of their crimes. For decades, these calls did not lead to any shifts in sentencing policy or practice. The “tough on crime” approach had become a permanent mainstay of political ideology: it was an apparent sure-fire way of attracting voters. Then something changed. This shift was almost imperceptible at first.

The seeds of change in criminal justice policy were planted over several years, but shifts that occurred initially were subtle, sporadic, and devoid of an overarching narrative. Consequently, these changes did not signal a considered and coherent shift in policy. Recently, however, striking evidence of a new direction in criminal justice policy has emerged, namely, a significant reduction in incarceration numbers. The number of prisoners has been diminishing gradually over the past decade. Incremental state-based reforms contributed to this trend, even though in most instances they were not expressly aimed at reducing prison numbers. However, it was apparent that a movement to reduce incarceration was emerging when the Formerly Incarcerated Reenter Society Transformed Safely Transitioning Every Person (“First Step”) Act, which specifically aimed to facilitate early release of prisoners, was introduced in 2018. The development of this movement became even more apparent from the criminal justice campaign policies of the contenders for the Democratic Party's nomination for president in 2020.

The retreat from mass incarceration was spectacularly highlighted by a Republican Party advertisement at the 2020 Super Bowl. The advertisement focused on the early release of Alice Johnson in June 2018. Johnson had served 21 years of a life sentence that she received for committing a drug offense in 1997. The advertisement noted that, while other politicians merely talked about criminal justice reform, “President Trump got it done.” This was a reference to the First Step Act's reduction of penalties for a large number of federal offenders and inmates. As this demonstrates, a “soft on crime” policy is now seen as a vote winner.

Many aspects of the changing political approaches towards sentencing and incarceration are remarkable, including the fact that they have shifted despite the lack of community empathy for criminals. Also, it is surprising that the conservative Republican party--led by hardliner President Donald Trump--reduced prison numbers most systematically.

A term such as “dramatic” can readily be overused, but it appropriately describes the change that has occurred in American sentencing policy. The “tough on crime” approach defined the bipartisan consensus on criminal justice policy for decades and attracted very little opposition. As a result, the United States reached an incarceration rate that was substantially greater than that of any other country on Earth. The recent shift towards decarceration has coincided with forceful criticism by academic scholars of the dominant criminal justice policies of the preceding 50 years, as well as a huge increase in exposure in popular media of the detrimental impact of mass incarceration. Both have resulted in a better-informed public that demands policy change. For those who endorse the concept of “American exceptionalism,” the capacity of the American community to instigate policy change on behalf of its most politically underrepresented constituents may represent one of its finest examples.

The reduction in prison numbers is now accelerating in response to the COVID-19 pandemic currently sweeping through the United States. As of July 6, 2020 there were at least 535,236 COVID-19-related confirmed deaths and more than 11,619,000 confirmed COVID-19 cases across the world. As of that date in the United States, there had been more than 131,100 confirmed deaths and more than 2,900,000 confirmed cases, and an infection rate of about 870 per 100,000 residents. The population of American prisons and jails is aging and the elderly are the most vulnerable to contracting COVID-19. Further, jails and prisons can be breeding grounds for contagious diseases because inmates live in close proximity to one another. In March 2020, consultant and former executive director of the Colorado Department of Corrections, Rick Raemisch, described prisons as “bacteria factories,” warning that the “devastation” wreaked by an outbreak of COVID-19 in the prison system would be “unbelievable.” As COVID-19 continues its destructive path through America's massive system of prisons and jails, officials and scholars have turned their attention to the pressing issue of whether prisoners should be released early, and, if so, why. It is likely that the pandemic will result in the release of a great number of prisoners. Indeed, by April 23, 2020, there had been a reduction in the federal prison population in the preceding three weeks of approximately 1,100 inmates.

The retreat from the “tough on crime” approach is a welcome policy shift. However, for the following reasons, it is uncertain whether the new policies will endure. First, the shift occurred abruptly. Second, it lacks an overarching doctrinal foundation and, hence, it is feasible that the change is merely temporary. Third, it has not yet led to a dramatic reduction in the incarceration rate. Prison numbers have dropped by less than 10% since they peaked at over 2.3 million in 2008. At this pace, it would take approximately 40 years for prison numbers to recede to the incarceration rate in 1971.

The aim of this Article is to explain the context behind the dramatic shift in criminal justice policy regarding sentencing offenders, and then set out a doctrinal basis that could justify this change in order to increase the likelihood that it will endure. The current trajectory can be maintained in the future if the sentencing reforms that are made now are jurisprudentially and normatively sound.

Part II of this Article provides an overview of the current incarceration rate and contrasts it with trends over the past half-century. Notably, this analysis highlights that prison numbers dramatically increased in the four decades prior to 2007. While there has been a slight reduction in incarceration numbers since that time, in relative terms, the United States remains the most punitive country on Earth, with incarceration levels still ten times higher than those of many developed countries. Part III of the Article examines the reasons why mass incarceration is a flawed policy. In short, the policy imposes an unsustainable fiscal cost on the community and undue suffering on offenders and their families, and it does not lead to a meaningful reduction in the crime rate. Part IV discusses the social and political factors that fueled the “tough on crime” movement. It is important to understand the causes of mass incarceration in order to reduce the likelihood that they will continue to shape sentencing policy and practice in the future.

Part V of the Article focuses on reforms that have been introduced throughout the United States in recent years that, cumulatively, have resulted in a slight decline in incarceration numbers. No overarching policy or approach has been adopted to drive down incarceration levels. Rather, the reforms that have been made have been incremental and far from uniform. Until recently, most of the changes that resulted in declining prison numbers were state based, although some states have seen increases in prison numbers recently. In 2019, major reforms were made at the federal level in an attempt to lower incarceration levels. While there is no coherency to these reforms, generally penalty reductions have not been applied to sexual or violent offenders. This Part also explores possible reasons for the dramatic shift in American sentencing policy.

Part VI sets out a sentencing policy that, if adopted, could make the current reform movement principled and durable. Our proposed reforms are summarized in the concluding remarks. In short, we recommend imposing prison sentences only on serious sexual and violent offenders and developing alternative sanctions for other offenders.

In recent years, community and political views have changed markedly regarding the best approach to “deal” with criminal offenders. After half a century of implementing punitive criminal justice policies and practices, which have resulted in the United States having the highest incarceration rate in the world, a very different policy orientation is gaining traction. While the seeds of this shift had been planted for several years, it was not initially apparent that a new policy direction was taking shape because changes that were made were subtle and sporadic, and lacked an overarching narrative. Now, however, we have clear evidence of widespread support for a new direction in criminal justice policy, which aims to reduce the incarceration rate. Moves to lower prison numbers have been developing for the past decade and were, at first, evident in incremental state-based reforms, though they were not expressly focused on this goal.

The emergence of a movement that sought to lower incarceration rates became more evident with the passage of the FIRST STEP Act, which specifically sought to facilitate the early release of prisoners. The arrival of this movement was also heralded by the criminal justice campaign policies of the contenders for the Democratic nomination for the presidential election in 2020. Any doubt that the “tough on crime” rhetoric was no longer driving criminal justice policy vanished with the Republican Party's advertisement at the 2020 Super Bowl, which promoted the virtues of a more lenient approach to law and order. Mass incarceration reflected a major failure of sentencing and penal policy. The correction to this that we are now witnessing is compelling evidence that the democratic system in the United States does not always result in sound policy choices, but, in time, policy choices can change radically.

The move towards imposing less punitive sentences and lowering prison rates is desirable, particularly given the fiscal cost of incarceration and the suffering that it inflicts on offenders and their families. In order for the current momentum in favor of softer sentencing practices to translate into meaningful reductions in prison numbers, it is necessary to enact laws that will introduce evidence-based, normatively-sound sentencing reforms. If any evidence emerges that suggests that the current momentum to reduce incarceration rates is inappropriate, such as an inflation of the crime rate, this could lead to a rapid stalling or reversal of the new policy direction.

To prevent this from occurring, it is vital that three key sentencing reforms are made. First, the major principle that we argue should inform penalty severity is proportionality, and therefore sanctions should be principally calibrated to achieve a match between the harm caused by the crime and the deprivation imposed on the offender. Second, it is necessary to greater utilize and improve the accuracy of risk and needs assessment tools in order that courts can make more informed decisions regarding the likelihood that offenders will reoffend. This is vital if courts are to more effectively achieve the objective of community protection. Finally, technological advances should be utilized to develop sanctions which can more efficiently protect the community, while imposing proportionate hardship on offenders. This can be achieved by using sensor technology to monitor the movements and actions of offenders while they are in designated geographical areas of the community.

The current political climate is finally receptive to evidence-based sentencing reforms. It is important that reforms of this nature are implemented, otherwise the opportunity to create a more just, transparent, and cost-effective sentencing system may be lost in the foreseeable future.