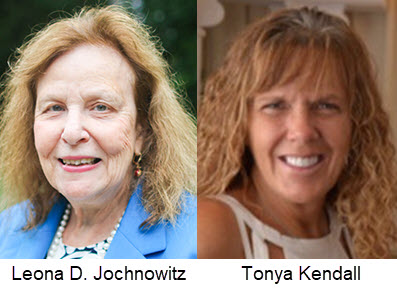 During the past century, legal scholars have identified the “causes” of wrongful conviction error. This is currently known as the traditional “canonical list of errors,” “the catalog of errors,” or “the familiar plot.” These errors have the effect of penalizing innocent persons for crimes they did not commit. The canonical list identifies what has gone wrong in the criminal justice system, but it often ignores the root causes of the errors which would be important to prevent future errors. The routine canonical list of errors includes eyewitness misidentification, invalidated forensic science, false confessions by juveniles and adults, government misconduct, snitches, and bad lawyering. Recently, scholars have tried to explain wrongful conviction error by identifying how more meaningful, deep structural problems in our society lead to these errors and wrongful convictions. These include racism, gender bias, social class inequality, stop and frisk policies, justice system culture, media, the adversary system, plea bargaining, coercive interrogations of juveniles and intellectually impaired persons, the punitive wars on drugs and crime, and cognitive biases like tunnel vision.

Although scholars have commented that understanding the structural causes of wrongful convictions will help to identify and may help resolve the large contexts which lead to wrongful conviction susceptibility, there is little systematic research focusing on this issue. In other words, the methodology for uncovering structural causes has lagged behind the theory. Until now, even the Innocence Project identified the sources of measurable canonical error as “misidentification, forensic errors, false confessions, and use of informants.” The present research addresses this gap in knowledge by using original trial transcript data and structured interviews that go beyond secondary sources and media in notorious and other cases to show the structural reasons leading to the conviction of innocent persons. In other words, this study reveals that the errors we see within the criminal justice system mirror and amplify the problems we see outside of that system.

In addition to its contributions to the research, the present study also models an effective way to integrate research into undergraduate teaching. Indeed, because students initially coded court transcripts and did structured interviews, the present project not only effectively links research and teaching but also provides a forum for budding scholars to present their fresh insights.

The Innocence Project and other scholars have identified the traditional canonical factors in their research but pass over the structural factors. The Innocence Project focuses mainly on traditional factors: “misidentification, the misapplication of forensic science, false confessions and use of informants.” An examination of structural causes like racism, justice system culture, and the adversary system may help analyze wrongful convictions, through a focal-concerns perspective. That perspective suggests that “harsher treatment results from stereotypes of racial minorities as more dangerous, more culpable, and less amenable to rehabilitation.”

The archival research in this study was followed by illuminating interviews of public officials and others who were involved in the cases or reflected social attitudes as reformers. The project also effectively links research and teaching and provides a forum for budding scholars to present fresh insights through the use of original data. This research might be expanded in the future with the coding of transcripts from other cases and with interviews of the official participants.

An example of how the students integrated their knowledge of the theoretical literature and the cases was the in-depth interview with prosecutor, P.F. about wrongful convictions. Rather than search for solutions, P.F. stated that law enforcement misconduct was rare and that false confessions originate from the self-interest of the accused. The students suspected tunnel vision and the adversary system were the underlying reasons for his approach. “A prosecutor who questions the integrity of a police investigation risks straining that relationship ....” The interview also illustrated the issues of tunnel vision and confirmation bias among law enforcement, which are structural issues underlying law enforcement. Students suspected structural racism as one reason for the wrongful convictions of racial minorities in Vermont based on outsider bias.

The findings show that the canonical list of errors in these cases may be just a veneer for deeper structural problems. Minority kids and other disadvantaged persons may have been coerced into confessing due to racial profiling, narrative contamination, tunnel vision, and overzealous misconduct. The finding of the coexistence of structural errors should inspire reform which not only solves the particular error but looks to solving underlying problems through awareness, precautions, and training.

The understanding of the repetitive patterns and root causes of the conviction errors are important to prevent future errors. Without a deeper understanding of the underlying structural reasons for wrongful convictions, the mistakes and misconduct will continue to recur. The structural issues are not the false confessions or eyewitness identification, per se, but why young Black teenage males are singled out for arrest in the first place. The answer involves racial profiling and zero tolerance law enforcement policies, and the perceived threat of young Black males. Of course, many falsely accused are white. Their wrongful convictions arise from other systemic flaws such as tunnel vision in police and prosecutor decision making, media biased coverage, electoral politics, and mistreatment of juveniles, discussed above.

By coding trial transcripts for information about what the jury actually heard, beyond the media stories, and by using this information to conduct structured interviews, this study has helped to identify the common structural problems in these cases. It thereby highlights on the kind of reforms which may help to alleviate future error and misconduct.

Leona D. Jochnowitz earned a J.D. from St. John's University School of Law and an M.A and a Ph.D. from the School of Criminal Justice at the University at Albany.

Tonya Kendall holds an M.A. in Restorative Justice and is a 2022 J.D. candidate at Vermont Law School.