Empathy Leads to Death: Why Empathy Is an Adversary of Capital Defendants 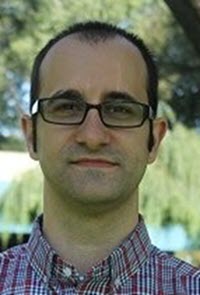 Nick and Scott were, by all appearances at least, superficially similar. They both lived in the San Francisco Bay Area. Neither were particularly wealthy or accomplished in their career. And ultimately, both were convicted of double murders of which their wives were victims. One way in which they were dissimilar was the sentences they received for their crimes: Nick received a sentence of life in prison, and Scott received a sentence of death.

The distinguishing factor between the two is not immediately recognizable. It was not the severity of their respective crimes, as both were convicted of brutal double murders. Nor was it their social status, race, gender, or criminal history; they were both middle class, white men of similar ages with no criminal history. Geographic differences also do not appear to be a factor as the men were convicted in the neighboring counties of Santa Clara and San Mateo, neither of which is known for rampant utilization of the death penalty. If anything, more factors were present that might lead one to believe that the sentences would have been applied oppositely to the defendants. For instance, multiple witnesses saw Nick, the defendant sentenced to life, shoot his wife in the head. However, there were neither witnesses nor any significant physical evidence linking Scott to the murder of his wife. Additionally, following the murder, Nick kidnapped a pair of women at gunpoint, shot at police, and attempted to cross the border into Mexico. Scott had not attempted an escape when police apprehended him.

The one clearly distinguishable factor that explains the sentencing differences was the jury's opportunity and ability to empathize with the defendants and victims. During the penalty phase of Nick's trial the defense put his mother on the stand, who cried and displayed a photo of Nick as a child riding a pony. Nick was convicted in 1991, just months after Payne v. Tennessee, but the judge in the case declined to apply Payne or to allow Victim Impact Evidence. In the penalty phase of Scott's trial, the defense also tried to employ Empathy by having thirty-eight of Scott's friends and family members offer mitigating evidence, including his “frail mother, Jackie, who ... tearfully pleaded for her son's life, saying he could still do good from prison.” What the defense in Scott's case also had to contend with was the prosecution pulling at the very same Empathic feelings by calling Scott's mother-in-law to the stand who screamed at him from the stand and wept while recounting her first Mother's Day without her daughter.

Empathy is inexorably connected and exceptionally impactful to the penalty phase of capital trials today. During the penalty phase, jurors are relieved of the necessity to determine guilt and rather are asked to solely focus on the appropriateness of the punishment. When relying on Victim Impact Evidence and Mitigation Evidence, jurors are frequently encouraged by counsel to Empathically “walk a mile in the shoes” of both the defendants and victims. Empathy is not only a determining factor in the penalty, in many cases (like Nick's) it may be the determining factor.

Part I of this article will review society's understanding of Empathy and its phases.

Part II will discuss how major impediments to Empathy, such as age, gender, religion, and race, can impact the death penalty.

Part III will examine “the dark side of Empathy,” including its link to rage and violence.

Finally, Part IV discusses the ways in which these impediments to Empathy, coupled with dark Empathic impulses drawn out from jurors, lead to a “wanton,” “freakish,” and unconstitutional application of the Death Penalty.

Empathy is a crucial and fundamental aspect of healthy human relationships. Despite Paul Bloom's perspective, much good can come from Empathy. In capital cases, Empathy can potentially help in mitigation, though if impeded by one or more of the factors above it may have negligible impact. This underscores how important jury selection can be. Defense counsel must carefully consider all the relevant characteristics, circumstances, and history of the defendant, victim and witnesses who may offer victim impact statements and how potential jurors may empathize with each player. If the factors are stacked against the defendant, counsel will have an uphill battle to try to humanize the defendant and make connections that jurors can recognize in the defendant.

Unfortunately, even if counsel can humanize the defendant and create empathetic connections with jurors, it may still not be enough. It will nearly always be easier for empathetic jurors to make strong Empathic connections with victims. These connections can have deadly consequences when prosecutors use Victim Impact Evidence to draw out Empathic anger.

Empathy is not the problem; the problem is the current system of determining when the death penalty is appropriate. The influence Empathy has on the penalty phase will continue to lead to arbitrary and capricious utilization of the death penalty based on the illogical assessment of the victim's worthiness. This concept is completely at odds with the Supreme Court's decision in Saffle which requires a “reasoned moral response, rather than an emotional one based on the whims or caprice of jurors.” Sympathy and mercy are more appropriate emotions which can be logically applied and do not share Empathy's link to violence, or obstruction to logical and analytical thought.

Until lawmakers and courts recognize the unconstitutionally wanton, freakish, and irrational influence victim impact statements have on the application of the death penalty, Empathy will continue to send men “to the measuring line, to be fit for a box of pine.”

Erik Aucoin graduated from Santa Clara University School of Law in December of 2017.