Discretion and Disparity in Federal Detention 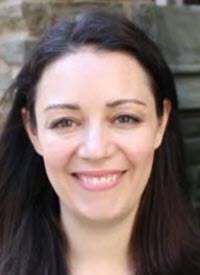 Pretrial release for criminal defendants, historically in the form of “bail,” has existed since at least the thirteenth century. The Supreme Court explained a half-century ago that “[b]ail, of course, is basic to our system of law,” and another court described bail as “necessary to an Anglo-American regime of ordered liberty.” Bail is imperative because, as the Supreme Court explained:

This traditional right to freedom before conviction permits the unhampered preparation of a defense, and serves to prevent the infliction of punishment prior to conviction. Unless this right to bail before trial is preserved, the presumption of innocence, secured only after centuries of struggle, would lose its meaning.

Like mass incarceration, mass detention has not always been the American norm. Pretrial detention was severely circumscribed in colonial America and for centuries afterwards. It was limited to capital offenses and the few cases in which a defendant's appearance for trial could not be otherwise secured. However, the era of “tough on crime” policies in the late twentieth century brought drastic changes to our centuries-old bail system. During this era, Congress passed the Bail Reform Act of 1984, which allowed judges to detain federal defendants based on their apparent danger to the community. By expanding pretrial detention to reach defendants who presented apparent danger--not just risk of nonappearance in court--the 1984 Act broadened judicial discretion to decide whom to release and whom to detain. As described in Part I, Congress acknowledged in 1984 that this change was “a significant departure” from centuries of practice but did not appear concerned about the broad grant of discretion for a fundamental right--the right to bail. The system established in 1984 has endured essentially unchanged to present day, creating the potential for disparate treatment between defendants and judges. For example, as this Article describes, federal magistrate judges vary widely--even within their jurisdictions--in the rates at which they detain defendants pending trial.

In the federal criminal system, the loss of liberty associated with pretrial detention is especially grave. The average pretrial detention lasts more than eight months. Because many federal judicial districts are geographically large, defendants can be detained far from their families and other community supports. Moreover, a growing body of empirical scholarship documents pretrial detention's destructive collateral consequences for defendants. Scholars have found that pretrial detention immediately affects a defendant's case, leading to a longer sentence, an increased likelihood of pleading guilty, and a reduced probability of receiving a sentencing reduction. These findings mean that racial disparities observed in later stages of the criminal process, such as at sentencing, might be explained in part by racial disparities in pretrial detention. Pretrial detention also has long-term effects, increasing the likelihood of recidivism and generating worse employment-related outcomes for defendants who are detained pending trial.

A comprehensive analysis of racial and gender disparities in federal pretrial release is essential to informing the ongoing policy debate around bail reform. Although federal detention's reach is wide, it is likely that detention is imposed unequally across the population. Using data covering more than 300,000 defendants sentenced in eighty of the ninety-four federal district courts over fiscal years 2002 through 2016, this Article is the first nationwide analysis of race- and gender-based disparity in federal pretrial detention. The data used in this Article contain detailed information about each defendant and their case, including the defendant's race, ethnicity, gender, level of formal education, age, past criminal record, and offense type.

However, this analysis does not tell the whole story. The portrait is complicated when the Article expands beyond focusing on Black-white, Hispanic-white, and male-female disparity and instead examines disparity based on defendants' intersectional gender-race groups. This deeper analysis illuminates disparities that are obscured in the initial analysis which separately considers race and gender. I find that although Black-white and Hispanic-white disparity favors white defendants in the full data, this result is driven by disparity among male defendants, who constitute around 85% of federal defendants. For female defendants, a different result emerges: Black female defendants are released pending trial more frequently than any other race-gender group. This larger release rate persists even after controlling for a rich set of control variables in the data. These results beg two questions: What explains racial disparity among male defendants, which, as in other criminal contexts, benefits white defendants? And why are Black women released at higher rates than Hispanic and white women (and all men)?

The answers, I argue, could lie in the broadly discretionary nature of federal pretrial detention. Judges likely behave in two characteristic ways when making highly discretionary decisions like detention decisions. First, the type of discretionary decision-making that characterizes federal detention determinations--made with limited information, a short time frame, and little oversight--often leaves decision-makers susceptible to bias. I argue that the empirical findings are consistent with race-gender bias that is particularized against Black and Hispanic men via stereotyping. Federal bail decisions explicitly center on perceptions of dangerousness, which is an enduring and harmful stereotype against Black and Hispanic men. Second, discretionary decision-making with little oversight might lead judges to rule with pragmatism. In particular, I find evidence that suggests judges are sensitive to the collateral consequences of detention for defendants, particularly defendants with dependents. I show that parenthood helps explain the racial disparity results for women--who are more likely to be sole custodial parents than men. I also explore whether racial disparities in charging can explain the findings, either through the Bail Reform Act's presumptions of detention or through selection into the sample. Especially for female defendants, I cannot rule out the possibility that the racial disparity findings are created by earlier racial disparities in charging decisions.

The federal model also provides critical information for those seeking to reform bail at the state level. The federal criminal system contains several features that many state bail-reform advocates find desirable. Cash bail is strongly disfavored in federal courts. It is rare for a federal defendant to be held in pretrial detention because of their inability to post bond. Also, in contrast to widespread bail practice in state courts, federal defendants are entitled to many procedural rights at the pretrial detention stage, including a right to a detention hearing at which the defendant enjoys rights to be represented by counsel, to testify, to present witnesses and evidence, and to cross-examine the government's witnesses. Very few states provide such procedural protections to defendants at the pretrial detention stage. As a result, in federal courts, bail determinations are highly individualized, as described in more detail in Section I.B.

What are this Article's possible implications for states hoping to reform bail? The findings presented in this Article suggest that race- and gender-based disparities can and will persist in a pretrial detention regime that largely eschews cash bail and provides many procedural protections. If unwarranted disparity is fueled by racial bias, it is likely to endure in a pretrial detention regime that does not explicitly link liquid wealth to release. Racial disparities might even be exacerbated if a retreat from cash bail leads states to adopt preventative detention systems that center bail decisions around dangerousness.

The findings also inform the current debate surrounding algorithmic decision-making in the criminal system. As technology enters the criminal space, a fierce debate has emerged about the extent to which judges ought to rely on algorithmic prediction tools in deciding pretrial release and in sentencing defendants. Some states have turned to such risk-assessment tools to replace or reduce reliance on cash bail. The extent to which risk-assessment instruments exacerbate or mitigate racial disparity in pretrial detention is hotly contested. Early empirical evidence, however, suggests that the adoption of risk-assessment technology in pretrial detention does not have much effect on racial disparity in detention. One reason, I claim, is that in the absence of risk-assessment technology, detention decisions are made by individual judges. And as this Article shows, this form of decision-making also results in racial disparity. Thus, this Article suggests that while eliminating cash bail is an extremely important policy goal, lawmakers ought to consider additional reforms that will more expressly target racial disparity in detention. Part V suggests that explicitly considering the costs of detention and limiting the consideration of dangerousness could be productive on this front.

Part II describes the Article's data and introduces the empirical strategy. Many additional methodological details are contained in Appendix A.

Part V concludes by discussing how the findings should inform bail reform efforts in federal and state criminal systems.

As scholars, advocates, and policymakers have sought to reform pretrial detention in the states that currently rely on cash bail, a central debate has emerged. Many jurisdictions have recently begun to use actuarial tools to try to predict a defendant's likelihood of complying with the terms of release, both in conjunction with or as a substitute for cash bail. For the remainder of this Article, I call such tools risk-assessment instruments. A risk-assessment instrument uses data about an arrestee, such as their age, criminal record, employment status, charged conduct, and other factors that are thought to predict compliance with the terms of release, to generate a risk score that reflects the algorithm's prediction about the probability that the arrestee will comply with the terms of release--typically these include appearing in court and not being rearrested during the period of pretrial release. Some risk-assessment instruments also use subjective factors, like the person's “demeanor” (as reported by the employee entering the data) or personality and attitude questions. I am not aware of any risk-assessment instrument that uses race as an input.

New Jersey's experience with bail reform exemplifies the importance of directly focusing on reducing racial disparity in pretrial detention. As this Article demonstrates, racial disparities among men are likely to persist even if lawmakers eliminate cash bail. This Article also makes clear that policymakers must consider the unique challenges that are faced by Black and Hispanic men. I do not mean to suggest that Black women are not uniquely harmed by the criminal system, overrepresented relative to white women, and subject to disproportionate and unequal policing. But the intersectional results in this Article suggest that when it comes to pretrial detention, Black and Hispanic men are subject to a unique and cumulative disadvantage that typically characterizes intersectional critiques of single-axis conceptions of disparity. Those seeking to address this disadvantage must confront it head on.