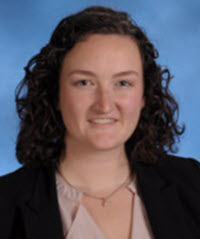 The prosecutor is arguably the most powerful actor within the criminal justice system. This power arises from the prosecutor's nearly unfettered discretion to make charging decisions in criminal cases. The discretion of the prosecutor to add, drop, or change the charges against the defendant is presumptively unreviewable. Prosecutors enjoy such wide discretion because the American criminal justice system values individualized justice. Because no two cases are identical, the prosecutor has a duty to exercise common sense to recognize and account for those differences. Allowing prosecutors to exercise their common sense helps avoid inequitable outcomes that would be produced by a rigid application of the criminal code and lets the process be “tempered by mercy.” As Justice Powell noted in McCleskey v. Kemp, “a [] punishment system that [does] not allow for discretionary acts of leniency '[is] totally alien to our notions of criminal justice.”’

However, that same discretion “makes easy the arbitrary, the discriminatory, and the oppressive” and provides “a fertile bed for corruption.” Prosecutorial misconduct is widespread, but it is difficult to determine the scope of such misconduct. The line between legal and illegal behavior is “thin[,]” and there is little oversight or accountability. While a “lack of accountability” opens the door to blatant abuses of discretion, the issue is often more subtle. Prosecutors exist in a culture of “doing [] justice in a fight between the good and the guilty.” That mindset combined with the inherent subjectivity of prosecutorial decisionmaking leaves prosecutors vulnerable to unconscious biases, in particular, racial bias. Although there are constitutional limitations to curb the most overtly racist prosecutorial misconduct, the law has yet to find a way to adequately address the unconscious biases that are perpetuated within the system. Despite the difficulty of the task, prosecutors must be held accountable for their decisions, as their choices affect the rights and liberties of fellow citizens.

However, the breadth of prosecutorial independence has coincided with an increase in incarceration. Over the past four decades, the rate of incarceration has increased by 500% and the United States Supreme Court has issued a series of decisions affirming the expansion of prosecutorial power. Of course, there is a wide array of factors contributing to mass incarceration, but largely unreviewable prosecutorial discretion has not helped the situation. In addition, as the rate of incarceration has increased, the disparities within the system have become more exacerbated. Specifically, race and class disparities are deeply entrenched. Black and Latino people make up fifty-seven percent of the United States prison population even though they represent only twenty-nine percent of the population overall. Racial disparities in the American criminal justice system have generated a lot of research aiming to identify its causes and potential solutions.

Part I of this Note examines the scope of racially disparate outcomes in the criminal justice system. The statistics point to a widespread problem, but the reasons for those disparate outcomes and the mechanisms through which they arise are still unclear. Part II discusses the role prosecutors play in shaping those disparate outcomes, and the divide in the literature about the scope of that role. This involves the question of whether prosecutors act on their own biases or simply reinforce the results of racist institutions and police decisions. Part III discusses the standards for proving racial bias in prosecution and why those standards do not sufficiently address racial inequities. Finally, Part IV argues that prosecutors should be screened for implicit racial bias before they enter the workforce and that, once on the job, prosecutors should promote racial justice by practicing empathy in a deliberate and systemic manner. In addition, prosecutors have a duty to use their vast discretionary power to mitigate the effects of other racist institutions by considering race rather than ignoring it.

Through their vast power of discretion, prosecutors are in a position to exacerbate or alleviate racial injustice in the criminal justice system. Implicit racial bias currently permeates the criminal justice system and exacerbates structural inequalities that lead to racially disparate outcomes in the system. To reduce the amount of bias within the system, prosecutors should focus on filling their ranks with individuals who already have low levels of implicit bias and those who are willing to engage in critical self-reflection to reduce their bias. Once prosecutors enter the workforce, they should tap into their sense of empathy in a methodical manner to recognize and counteract the ways implicit bias can affect decision-making. Finally, prosecutors should be educated by social scientists to recognize cases in which implicit bias is likely to have an effect so that prosecutors can account for and counteract the results. Reducing implicit bias in prosecutorial decision-making is only a small part of a much larger picture, but by tapping into the corrective value of prosecutorial discretion, prosecutors can work toward racial justice until larger structural changes can be achieved.

Christina Morris is an Assistant District Attorney at the Middlesex County District Attorney's Office in Massachusetts. She graduated from Boston University School of Law in 2021 with a Juris Doctorate and from Quinnipiac University in 2018 with a Bachelor of Arts in Criminal Justice and Psychology.