The Sanctuary of Prosecutorial Nullification 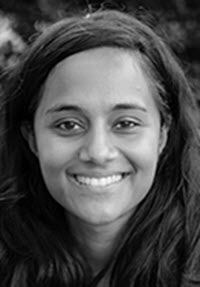 In the aftermath of the 2016 election, the shortcomings of existing sanctuary protections came sharply into focus. Historically, cities enacted sanctuary protections to extricate their law enforcement agencies from activities related to federal immigration enforcement. In sanctuary cities, local government agencies are typically restricted from sharing information with federal immigration authorities or from cooperating in apprehending individuals targeted for removal. After the White House issued an Executive Order (EO) in late January 2017, many immigrant rights advocates recognized that external facing policies that proscribed direct cooperation would not suffice. The EO announced that Immigration and Customs Enforcement (ICE) would prioritize removing any undocumented person charged or convicted of a crime, no matter how serious. Recognizing the vital role state criminal courts play and would continue to play in fueling deportations, public defenders in New York City (“City”) identified a new actor with the power to enact stronger protections: the prosecutor.

Prosecutors are the most powerful actors in the American criminal legal system. Their imperial discretion shapes how the law gets applied, who gets punished, and who is forgiven. It has always been true that a prosecutor's charging, bail, and plea bargaining practices regularly expose noncitizens to the risk of removal. Skillful defense negotiations can sometimes mitigate those consequences. But, after January 25, 2017, the mere accusation of a crime, no matter how serious, created a heightened risk of removal for undocumented individuals. Under this new enforcement regime, prosecutors became a more obvious focus for reform, as the actors responsible for leveling criminal charges. They remain an underappreciated source for sanctuary protections, however.

This Article examines the role local prosecutors can play to isolate cities and states from the federal immigration enforcement regime, by describing a campaign launched days after the January 25, 2017 EO's promulgation. The #NYCdontprosecute campaign demanded that local district attorneys (DAs) suspend prosecutions for broken windows offenses because of the heightened risk of removal prompted by a criminal charge. Public defenders, who recognized the inadequacy of their standard tactics to mitigate the collateral consequences of contacts between law enforcement and noncitizens launched the campaign. They asked the public to exert pressure on their adversaries in order to win greater protections for their clients.

Since the White House announced new immigration priorities in 2017, immigrant rights and criminal justice reform advocates have called for cities to broaden protections for their most vulnerable residents. Platforms, such as the Expanded Sanctuary and Freedom City, try to expand the scope of sanctuary protections. Decriminalization of low-level offenses feature prominently in their vision. The #NYCdontprosecute campaign was an early example of this broader vision for sanctuary protections, which targeted the discretion of district attorneys, as the site for de facto decriminalization. The campaign offers a case study to explore the advantages of asking prosecutors to nullify low-level offenses to create these broader protections.

I examine the substantive elements and strategic merits of the campaign under two different frameworks for criminal law reform: a liberal and an abolitionist. I do so to draw out the differences in these approaches to legal change, and to stay true to the spirit animating the campaign that borrowed elements of both.

Nullification is the decision by a prosecutor not to charge an offense or category of offenses because she disagrees with “the wisdom of the law or [with] the desirability of punishing a culpable wrongdoer.” From the perspective of a liberal law reform agenda, when a prosecutor nullifies low-level offenses, it can be argued that it corrects for criminal law's apparent deviation from its core purpose of adjudicating real crimes. Broken windows offenses criminalize poor communities of color and lack any semblance of normative guilt. Prosecutions for such charges are often resolved without a legal finding of guilt. Each of these characteristics poses a challenge to the myths that the criminal legal system tells about itself: that it is fair, color blind, and holds individuals accountable for their bad acts. We can think of nullification as a corrective measure that cleans house. Nullification similarly advances a liberal immigration agenda that seeks to expel “[f]elons, not families.” Furthermore, the aggressive enforcement of broken windows offenses in New York City has been a distinctly local and urban phenomenon. When a local prosecutor declines to prosecute, her decision arguably realigns the criminal and immigration systems with their intended purpose, but in a way that is geographically and institutionally contained. Nullification embraces the traditional liberal view of the prosecutor as the actor best placed to make decisions about local criminal enforcement.

But abolitionist principles also animated the campaign. The movement for prison abolition works to decrease the power and reach of carceral institutions, from the prison to the immigration detention center. “Abolitionists refuse to abide the paradigm where 'prisons [serve] as catchall solutions to social problems.”’ Practically speaking, activists in this tradition fight against prison and jail expansions, increases in police budgets and sentences, and advocate in favor of decriminalization and clemency. As resources are divested away from law enforcement, an abolitionist agenda advocates for resources to be reinvested into services and institutions that address the root causes of harm and violence. For our purposes, an abolitionist praxis begins by scrutinizing and dismantling the legal processes that generate categories like alien and criminal, which serve to advance an agenda of racial, ethnic, and class exclusion. The campaign's aim of shrinking the ambit of criminalization helps to prevent undocumented persons from being detected and noncitizens acquiring grounds for their removal. It proposed a policy that goes further than conventional sanctuary protections. Nullification alone, however, is not an end state for abolition, but a stop along the way. Nullification without legislative change or a reduction in prosecutors' budgets threatens to enhance rather than diminish prosecutorial power because nullification is the maximal expression of prosecutorial discretion. Most significantly, and in contrast to a liberal law reform approach, an abolitionist ethic emphasizes the importance not of portraying broken windows offenses as an aberration of an otherwise healthy system, but an expression of its core features. Subscription to the abolitionist ethic requires pointing to the continuities between the treatment of low-level offenses and serious crimes by the crimmigration system.

As a matter of process, the campaign models a way to expand the otherwise narrow opportunities for prosecutorial accountability. Asking members of the public to call the DA's office created a new form of engagement with prosecutorial policy that is unmediated, direct, and underappreciated. While a public call for prosecutors to nullify can appear anti-democratic, the campaign built on the gains of over a decade of sustained organizing that questioned the empirical and normative claims advanced by the theory of broken windows policing. This grassroots effort ushered in a new consensus that has helped to redefine public safety. Although the campaign was disruptive, it built on the achievements of longstanding social movements actively reshaping the City's law enforcement agencies.

The campaign was ultimately a modest one: it lasted only three months. A few months after the campaign ended, two DAs promised to stop prosecuting some categories of cases, without revealing their motivations. Yet, despite its limited success, the campaign spurred other initiatives that have since gained wider traction locally and nationally. As cities contemplate decriminalization as a sanctuary strategy, this article hopes to offer advocates guidance for the road ahead.

The motivations for writing this piece are also personal: I was one of the public defenders who helped to organize the campaign. We launched the campaign without the benefit of planning, and in a climate of fear on behalf of our clients. This Article offers an opportunity to critically assess the policy proposed and the tactics deployed. The Article begins by narrating the organizers' rationale for the campaign, and then attempts to test its assumptions and predictions, by engaging with scholarship on crimmigration, prosecutorial discretion, and abolition.4

Prosecutors have a powerful tool at their disposal to enact more robust sanctuary protections and disrupt the crimmigration system at its root. But nullification is unlikely to take place without sustained external pressure; without a forceful demand, prosecutors are unlikely to decline to prosecute. Removing low-level offenses from the ambit of state criminalization stands to benefit noncitizens, not only by ensuring better immigration outcomes but also by improving their overall quality of life. Because decriminalization is also a policy with benefits for noncitizens and citizens alike, such a campaign creates the possibility of building a broad coalition that brings together communities which are over-policed and those which are at risk for removal. By redefining public safety, social movements led by directly impacted communities can encourage local elected officials to experiment with policies like nullification. This kind of issue-based participation may also plant the seed for sustained public engagement with prosecutors who have evaded accountability for too long. To solidify any gains achieved and truly shrink the ambit of criminalization, a successful campaign will seek a reduction in law enforcement budgets, redistribution of resources to communities, and lasting decriminalization at the legislative level.