Accountability and Repair: The Prosecutor's Case for Restorative Justice 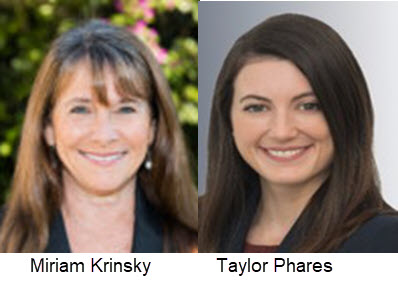 Beginning in the 1960s and 1970s, the U.S. government has increasingly addressed crime through punishment and incarceration. Politicians in past decades have campaigned for office by fueling fear of those who commit crimes--and voters have historically rewarded these politicians for doing so. As a result, state and federal legislatures have ratcheted up sentences and expanded the scope of criminal codes. In turn, some prosecutors have sought and implemented increasingly punitive charges and sentences-- touting these choices in elections as being “tough on crime.” The outcome has been escalating incarceration that has eroded communities' trust in the criminal justice system, especially in over-policed communities of color, and has left the United States as an international outlier in incarceration rates.

As of 2019, the United States incarcerates over 2.3 million people--more people per capita than any other nation in the world. This expansive criminal justice engagement has fallen disproportionately on communities of color. Across the United States, black adults are 5.9 times more likely and Hispanics are 3.1 times more likely to be incarcerated than white people. One in four black children will have their father incarcerated before they turn fourteen. As a result, the most vulnerable communities are struggling with intergenerational cycles of poverty and trauma.

Our carceral and punitive approach to accountability has not worked, and despite campaign promises and political claims, society is not safer for it. Spending on policing, prosecuting, and incarcerating large numbers of people has put an enormous financial strain on public budgets. Significantly, this flawed approach does little to heal victims or meaningfully prevent crime through rehabilitation or other responses that attend to the underlying causes and drivers of criminal behavior. Rather than continue down this ineffective and troubling path, we need to embrace new approaches to accountability that repair the harm caused to victims, hold people who commit harm accountable, incorporate evidence on reducing recidivism, and end cycles of over-policing and over-incarcerating marginalized communities.

Elected prosecutors play a vital role in this re-envisioning of criminal justice. They have enormous power and discretion at every stage of the criminal process-- from charging to pre-trial detention to plea bargaining to sentence recommendations. A new generation of elected prosecutors has recognized that its role in charting a new pathway forward is a broad one; these new leaders seek to repair the harm and distrust caused by decades of racially disparate policing and prosecution and, in doing so, they are embracing new approaches to accountability.

Prosecutors have an ethical obligation to act as “minister[s] of justice,” a duty to “seek justice within the bounds of the law, not merely to convict,” and to “act with integrity and balanced judgment to increase public safety.” Despite these obligations, many prosecutors have adopted a narrow approach to addressing crime by primarily embracing punitive responses that often result in sending those who have engaged in misconduct away for lengthy terms of incarceration. Yet there is little evidence that our jails and prisons promote effective rehabilitation or reductions in recidivism. Instead, the effects of this carceral “tough-on-crime” approach to accountability-- motivated by goals of retribution, incapacitation, and deterrence growing mistrust of law enforcement, the fraying of family and social ties in communities affected by high rates of incarceration, the absence of mechanisms that ensure victims are healed or made whole, and a persistent failure to address the underlying causes of criminal conduct.

Prosecutors who have chosen this approach often invoke the perceived desires of crime victims as justification for punitive responses that include lengthy sentences. However, surveys of victims often suggest a contrary perspective. One recent survey of crime victims revealed, by a margin of three to one, that they preferred people be held accountable through options other than incarceration, such as rehabilitation or community service. Further, six out of ten crime victims reported that they would prefer more government spending on rehabilitation and crime prevention than on lengthy prison sentences. Moreover, victims and their families have not been well served by incarceration-driven approaches. The real needs of victims and their families, such as compensation, medical and mental health care, or the desire to have a meaningful voice in the criminal process, are often absent from traditional methods of prosecution and punishment.

The needs and voices of victims and their families tend to be peripheral to the primary goal and focus of criminal proceedings--to hold individuals accountable for their crimes. Indeed, some victims are further traumatized and harmed by the criminal justice system, as they can be blamed for the crimes they experienced, retraumatized by inadequately trained interviewers, compelled to repeatedly miss work and arrange costly childcare in order to advance the government's case, or even coerced into testifying or cooperating under threat of facing prosecution themselves. Despite claims that criminal prosecutions are undertaken with the needs of victims in mind, victims as a group have not expressed satisfaction with the traditional criminal justice system.

The overreliance on the traditional model of punishment fails not only those charged with offenses and the victims of those offenses, but also families and communities. Children of incarcerated parents often endure numerous psychological, social, economic, and educational setbacks. Moreover, evidence suggests that incarceration does not meaningfully improve community safety. Jails and prisons in the United States, as they currently operate, have, at best, a marginal effect on reducing crime. In some cases, incarceration has been shown to be criminogenic--meaning that serving time in jail or prison increases one's likelihood of committing another crime. Incarceration fails to address, and can exacerbate, many of the underlying causes of crime--such as poverty, mental health or substance use disorders, lack of economic opportunity, or weakened social bonds. Therefore, it should not be surprising that recidivism rates for our current punishment-driven justice system are as high as 80 percent.

By prosecutors' own metrics--the pursuit of justice, victim representation, and public well-being traditional criminal justice responses are failing. It is clear that there must be a course correction in how we address accountability and harm caused by criminal behavior. Because prosecutors have had a significant role in driving mass incarceration, they have a duty to lead the charge toward new paradigms aimed at promoting a more just system.

Practiced in numerous societies dating back centuries, restorative justice aims to bring together victims of harm, those who committed the harm, and community members in an effort to repair--to the extent possible--the harm caused by an offense. Retribution is replaced by accountability and reparation, and deterrence is replaced by a more holistic inquiry into how the crime can be prevented in the future. This shift in framework offers a meaningful opportunity to address the underlying causes of criminal behavior and provides a robust path to preventing future harm, while also holding the defendant accountable and factoring in--and listening to--victims' needs. Rather than incarcerating an individual for committing harm against another and their community, restorative justice seeks to provide support and craft responses tailored to the reasons the harm was committed, the needs of the victim, and the needs of the individual who committed the harm.

Some may presume that the traditional model of prosecution and its related punitive aspects are the gold standard of “accountability.” However, as Danielle Sered explains in her book Until We Reckon, punishment in the form of social isolation requires only that the punished individuals experience the punishment. It does not call on them to engage with the damage their actions have caused others, nor to do the work neccessary to repair the harm they caused. The punished individuals need not delve deep to determine what led them to their destructive conduct, and they are not required to take action to ensure they will not engage in the conduct again.

Conversely, in a restorative justice process, individuals are generally placed in direct conversation with those they harmed, their families, and other community members. A trained facilitator guides the conversation-- after extensive preparation through one-on-one work with the victim and those who caused the harm--in a manner that centers around the victim and the harm they suffered. The individual who caused harm must hear directly from the victims about the harm they suffered and the consequences they endured.

The facilitator will help the victim and the individual who caused the harm to work toward creating a plan that repairs the harm as much as possible. These plans go by a variety of titles and shorthand, including “healing steps,” and “doing sorry.” True and full repair may not always be possible, but the process of seeking the repair and the actions the individual takes to make repair are substantial steps in the process. While incarceration attempts to force wrongdoers to accept accountability through confinement, with mixed results, restorative justice requires that those who do harm accept responsibility and attempt to rectify the harm they caused. Take as an example a case Sered describes from her experience at Common Justice:

One man who participated in a circle at Common Justice had had to walk daily past the place where the responsible party stabbed him. Every time, he was overcome with fear, which subsided only into anger. As part of the circle, he asked the responsible party to meet him a handful of times at the place where the stabbing occurred and to greet him respectfully and shake his hand. It seemed simple enough, but for the harmed party, this allowed him to overwrite the experience of trauma--which was situated for him in a specific place--with an experience of reconciliation, safety, and respect. This story illustrates restorative justice's ability to encourage true accountability and to provide victims with what many desperately want: a say in the outcome of their case and the ability to heal and move forward.

Restorative justice shows promise in better addressing the root causes of crime and reducing recidivism than our traditional system--critical factors for prosecutors to consider. For example, the Restorative Community Conferencing (RCC) program in Alameda County, California, a restorative justice diversion program focused on youth who otherwise would have been charged with crimes, resulted in a 44 percent decrease in recidivism for participating youth compared to similarly situated youth on probation. Through RCC, youth who are apprehended by police or school authorities are diverted from the judicial system and instead referred to a community based nonprofit trained in restorative principles. If the case is deemed appropriate, the harmed person and the youth will enter into several facilitated conversations where “all parties engage in self-reflection, firm yet supportive accountability, and apologies, all culminating in a commitment to help a young person overcome obstacles and mend social ties.” A plan is then created that includes concrete steps the youth is required to take, called “do rights,” to mend relationships with various parties. The youth's progress is monitored, and if the steps are completed, the case is closed and no charges are filed.

As jurisdictions across the country are proving, restorative justice delivers on what failed punitive and carceral approaches had promised--a process that holds individuals accountable, gives victims a voice, and provides people the opportunity and guidance to try to make things right. In the process, communities are rendered safer, victims' needs are considered, and prosecutors can begin to undo the legacy of harm caused by decades of racially disparate over-incarceration. For prosecutors who seek to promote safer and healthier communities, restorative justice is a vital tool for creating a more humane and effective justice system.

Miriam Krinsky is the Founder and Executive Director

Taylor Phares is a Research and Policy Associate at Fair and Just Prosecution (FJP).