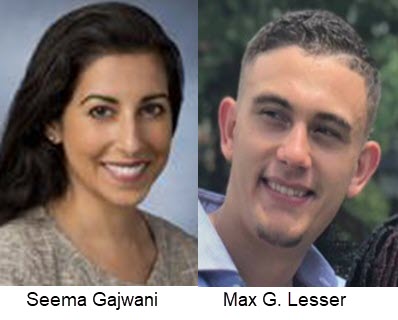 Newly elected Durham County District Attorney Satana Deberry came into office in 2018 seeking to “drastically decrease” the jail population, implement bold prosecutorial reforms, and address racial bias in the criminal justice system. After less than a year leading the office, however, she noticed that among line prosecutors in her office there is a “strong fear of getting it wrong.” She explained that as prosecutors “all we see are failures,” because line district attorneys often face the worst of humanity and only hear about those who reoffend--and never about the individuals who go on to succeed after involvement in the justice system. “Human brains have a negativity bias and that means that [prosecutors] never fear being too punitive.” According to Deberry, even one instance of a defendant committing a serious, violent crime after being prosecuted leniently “changes the behavior” of prosecutors throughout the office.

Without reconsidering how we prosecute violent crime, mass incarceration may plateau, but it will not end. The structure of the criminal justice system also poses a challenge for progressive reform. The current criminal justice system was designed for trials in which a defendant's guilt is contested. However, this system has proven ill-suited for producing effective outcomes in the vast majority of cases when guilt is not in dispute and defendants accept plea bargains.

In short, the criminal justice system is failing to promote fairness or justice, which raises a number questions: What if electing enlightened district attorneys is not enough to halt the trajectory of mass incarceration? What if hiring good prosecutors will not help change the culture of the criminal justice system? What if the problem is structural? Given these fundamental challenges, the progress of elected progressive prosecutors will be limited without better strategies to achieve their goals. One strategy progressive prosecutors should consider is restorative justice.

A “playbook” of sorts has emerged for a new generation of progressive prosecutors: hire better people, prosecute less crime, and change the culture of prosecution offices. However, three fundamental challenges stand in the way of this kind of prosecutorial reform. First, no matter how progressive, prosecutors become more punitive over time. Second, prosecution offices will never be able to forbear prosecuting violent crime--the crux of addressing mass incarceration--without replacing prosecution with a credible and meaningful alternative. And finally, the adversarial system of justice, built to ensure fairness in fact-finding through trial, is too narrow a tool to provide fairness and accountability in the vast majority of cases where guilt is not contested. In this context, restorative justice can play a crucial role in not only addressing these three challenges, but in actualizing truly progressive, paradigm shifting prosecution.

Restorative justice addresses the issues of salience, reductionism, and transference, humanizing people who commit crime and giving prosecutors better insight into the root causes of criminal acts. It provides an alternative and meaningful accountability tool, creating a restorative process that fills the unmet needs of victims while providing an opportunity for defendants to build empathy and take responsibility. In doing so, restorative justice enhances public safety and--importantly--meaningfully shifts the culture of American prosecution. We are at an inflection point in criminal justice, with an unprecedented consensus that old criminal justice paradigms are broken and that new approaches are needed. Restorative justice can help ensure that the aspirations of “progressive prosecution” are not undone by the limitations inherent in the punitive design of our criminal justice system, so that a new generation of reformers can make the fundamental change they seek.

Seema Gajwani, J.D. New York University School of Law; B.A. Northwestern University, has worked at the Office of the Attorney General for the District of Columbia as Special Counsel for Juvenile Justice Reform since 2015.