Racism in the Legal Profession: A Racist Lawyer Is an Incompetent Lawyer 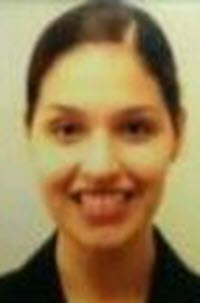 Does a lawyer who manifests his or her racist beliefs during the legal representation of a client display a fundamental lack of competence to practice law? This article posits that there is at least one instance where the line between personal freedom and professional judgment is clear: Lawyers who manifest racist attitudes not only prejudice the administration of justice and tarnish a very noble profession, but such lawyers also call into question their very competence to practice law.

Part II discusses the current academic literature on character and fitness in the context of lawyers who use racist speech.

Part III analyzes racism as more than just a question of morality, but rather as a fundamental issue of competence.

Part IV discusses the role law schools can play in changing the culture of lawyers.

This article recognizes that there is no Orwellian Thought Police and that intentionally disguised and unconsciously held racist beliefs cannot be addressed unless such hidden beliefs are brought to light. Accordingly, objective measures--racist speech and conduct--are a necessary proxy for the analysis as to whether a lawyer has failed to competently represent his or her client. Racist speech is defined as the use of racial slurs, racial epithets, and racial innuendos while acting as a lawyer during or after the conclusion of the legal representation.

Even if we agree that the use of racist speech while in the context of legal representation is indicative of incompetence, we are still tasked with finding a way to make these lawyers become competent. As discussed in the previous section, changing the culture among today's law students may be the most *93 effective way to eliminate racism-based incompetence. But what if changing today's professional culture fails to reach yesterday's lawyers?

Historically, sanctions are the primary mechanism used for dealing with violations of professional ethics. The most typical sanctions are private reprimands, public reprimands, temporary suspension from the practice of law, and permanent disbarment. Discipline of professional ethics violations, however, depends on the availability of evidence of the alleged misconduct. When racist speech is used in court documents, as in the Sonksen and MacDraw cases, or when it is spoken in the presence of opposing counsel, as in the Martocci and Sharpe cases, there is some amount of evidence upon which a disciplinary committee can rest its decision.

Enforcement becomes problematic, however, when the racism-motivated misconduct manifests itself in the form of inaction. The lawyer from the second hypothetical in Part III failed to provide competent representation to her client because her racist views towards Blacks prevented her from properly presenting the highest bid to her White client. In this case, neither the White client nor the Black businessman may ever find out that the Black businessman presented the highest bid. If the lawyer keeps her reasons to herself, there is no proof of misconduct. Without proof, corrective action becomes impossible. Admittedly, lack of proof is a problem for the enforcement of many professional ethics violations, not just those violations motivated by racism. We are thus constrained to grapple with how to enforce the Model Rules in those cases where sufficient proof of racism-based incompetence does, in fact, exist.

Even when such proof exists, however, practical problems for enforcement remain. Assume, for example, that the lawyer in the second hypothetical actually revealed her misconduct in an email to her colleague (“can you believe that uppity Black man expected me to believe he could afford to pay $2 million dollars for the Smith property?”). With such evidence, both client-focused compensatory action (such as a malpractice claim) and more global deterrence-focused actions aimed at maintaining the integrity of the legal profession (such as reprimand, suspension, or disbarment) can be imposed. Discipline is now an option. Yet we are still left with some problems: Is there a remedy for the client or businessman whose bid was never presented to the lawyer's client? Does the remedy change if the transaction has already been completed?

With regard to the deterrence-focused actions mentioned above, the purposes of sanctions include both specific deterrence and general deterrence. Sanctioning an offending lawyer will likely be an effective means of informing and reminding the bar of the importance of not letting racism manifest itself into racist speech or conduct during the course of legal representation. Unfortunately, the typical sanctions of reprimand or temporary suspension, on their own, are nonetheless unlikely to achieve specific deterrence in the offending lawyer or help to improve the lawyer's ability to provide competent representation to her clients.

Court-ordered or employer-mandated diversity training coupled with *94 traditional discipline may have limited success. However, when a lawyer is recalcitrant in her racist beliefs, diversity education may serve as nothing more than politically correct lip service and an ineffective token effort to change the most impervious of offending lawyers. If anything, such discipline and education may just make the lawyer more diligent in hiding her true reasons for her action or inaction in the future.

Unlike a lawyer who intentionally harbors racist views, lawyers who unconsciously hold racial prejudices are more likely to improve. Indeed, in all areas of legal practice, self-awareness is critical to improvement. Diversity training courses may help lawyers become more aware of their biases and more sensitive to the perspectives of people who are of different racial backgrounds. Such courses could, among other goals, focus on breaking down racial stereotypes and identifying seemingly innocuous behaviors that could be interpreted as racist.

To be sure, lawyers are just as prone to hold both conscious and unconscious biases as are members of other professions. However, lawyers who consciously harbor racial animus or unconsciously engage in disparate treatment of individuals of a specific race are in danger of failing to provide competent representation to their clients, even when both they and their clients are of the same race. It is in these situations where racism can insidiously affect a lawyer's ability to provide competent legal representation without redress.