Deploying the Internal Separation of Powers Against Racial Tyranny 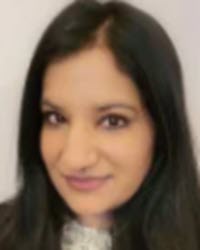 Separation of powers discourse should move beyond its typical engagement with an abstract and undefined concept of tyranny to focus on a real tyranny that both pervaded this country's founding and continues to endure: tyranny borne of racial violence, domination, subjugation, hierarchy, and so on. Only then can there be a meaningful and particularized separation of powers framework-- specifically, a division, diffusion, and balance of activity among the branches of government--that is adequately responsive to this manifestation of tyranny. Until then, the conversation will remain bereft of some theoretical mooring and lacking in normative force.

Our nation abides by a separation of governmental powers as a means to stave off tyranny.

From the Founding to the present, the central organizing principle of the structural constitution has been that power must be divided, diffused, or balanced to prevent--as Madison put it, in language that has become a maxim of structural constitutional law--the “accumulation of all powers ... in the same hands,” which “may justly be pronounced the very definition of tyranny.”

“The eloquent idea that the combination of powers in the same hands is the very definition of tyranny has been repeated by prominent constitutional theorists, including Montesquieu, Blackstone,” and others. Tyranny has been understood as the likely result of a concentration of power in either a monarch or other head of state in particular, or perhaps in a political institution.

Madison's understanding of tyranny has been convincingly described as “domination [that] arises when a value is locked in through an institutional arrangement that denies or silences the articulation of other important values.” This suggests that structural relationships, including power dynamics among the branches of government, incubate racial supremacy and other values that foster tyranny. And yet, the Supreme Court has long “treated separation of powers as an isolated area of the law, governed by its own glacial dynamic and insulated from the social changes that stimulate development of other constitutional doctrines” particular, equal protection law. For their part, scholars of structural constitutionalism also conceive of the separation of powers in both abstract and functionally limited ways. In other words, the separation of powers is an ideal type.

It stands to reason that if the prevalent separation of powers framework is generalized, it proscribes the governmental perpetuation of, at best, a nonspecific concept of tyranny. Indeed, Professor Daryl Levinson, troubled by the indeterminacy of tyranny, advocates for greater attention to how societal groups wield power through the government. While Professor Levinson gets us closer to the beneficiaries of tyranny who draw on the government for their own purposes, he does not identify a tyranny specific enough to transform the idealized separation of powers framework into a functioning safeguard. Put another way, Professor Levinson, like the canon he criticizes, fails to take a stand as to which tyrannies are most threatening and how those manifest, preferring instead to remain “relatively detached from actual problems of power--contemporary or historical.”

This Essay, written for a symposium on “Reckoning and Reformation: Reflections and Legal Reponses to Racial Subordination and Structural Marginalization,” suggests that unjust racial dynamics perpetuated by the government indicate the existence and persistence of race-based tyranny as a descriptive matter. In doing so, it takes a small step toward developing a critical theory of the separation of powers and builds on recent scholarship by Professor Richard Revesz and others that have considered the distributional consequences of regulation. Moreover, this Essay notes that an unconstrained Executive (who some Founders feared as a primary source-- and who arguably poses the greatest modern threat--of tyranny) has exacerbated the racialized power structure that plagues our country today.

The logical corollary of this idea is a reconceptualization of separation of powers jurisprudence in a way that corrects for this tyranny and promotes racial justice. This Essay, however, does not offer a complete blueprint for what that constitutional doctrine might look like, as that project is outside the limited scope of this piece (although the author is pursuing this work). Rather, it focuses on a solution that draws from the new, internal separation of powers framework developed by Professor Jon Michaels and others in which agents check the president from within the executive branch.

More specifically, in order to foster “a paradigm that looks ... toward power,” which allows conversation about “minority rule as a natural and integral aspect of our democracy” at least one that better “mediates between the ideal and the real” Essay moves beyond political interest in progressive policy as the primary driver of governmental anti-racism efforts to offer suggestions for how each constitutional branch might engage its authority at the highest levels to empower agencies to reduce and prevent the Executive's perpetuation of race-based tyranny. Each prescription offers new avenues for each branch of government to reinforce the role of the bureaucracy in constraining tyrannical Executive's behavior. These include the legislature arming the agencies against presidential influence through more sweeping legislation, the judiciary drawing on robust statutory and constitutional interpretation to hold agencies accountable to statutory norms in the face of presidential pressure, and the President herself employing directive and detailed initiatives that markedly and durably change the inner workings of agencies in order to better constrain efforts by future presidents to engage in racial tyranny. Note that this approach is based in a functional understanding of the separation of powers that empowers the branches to govern across varying administrative and regulatory domains.

This Essay seeks to ground the separation of powers framework in the realities of racial hierarchy and injustice in order to more effectively allow the three branches to harness the administrative state against this key form of Executive-origin tyranny extant in the United States. First, this Essay asserts that any parsing of the separation of powers must acknowledge the racialized distribution of power that has created and currently sustains systems of dominance. Second, it contends that deploying the separation of powers to dispel racialized tyranny could infuse this paradigm with a spark of normative force. A vision of the separation of powers that advocates for both interbranch tension and shared interbranch responsibility to reduce racial subordination and marginalization could foster a functional improvement in the execution of policy and ameliorate a central concern of formalists--the potential imposition of tyranny by our modern-day monarch. Indeed, the Executive has the potential to be a source both of racialized tyranny and of safeguards against it despite her conventional exclusion from conversations concerning the government's role in confronting racial injustice. Her potential for unilateral rule, feared by the Founders, also offers an opportunity for the other branches of government to engage in an energetic animation of the bureaucracy to better confront the President's imposition of racial domination.