Race, Methodology, and Social Construction in the Genomic Era 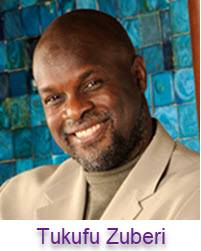 In racialized societies, race and racial inequality are central characteristics of social life. Racial classification--an integral aspect of race--is a reflection of shared subjective characteristics among groups in this environment (e.g., skin color, hair texture, facial form). Although nuanced aspects of Western racial classification have changed over time, racial inequality in social outcomes persists in both form and, in certain domains, magnitude. Thus, racial disparities in outcomes covary with the shared subjective characteristics of groups.

We advance that race rests on the experience of shared social relations rather than a unitary (i.e., individual), shared subjective characteristic such as skin color. Although racial classification is determined by socially defined rules and policies that center on individuals, race represents the form of ongoing social relations between groups labeled as “races” within the population. Race, from this vantage, represents a dynamic social process that draws on shared physical characteristics (i.e., racial classification) to produce and reproduce racial inequality in a variety of domains. Stewart characterized this social process (i.e., race) as a critical mechanism of everyday, ongoing social interactions, wherein an actor's racial classification is used to differentially allocate rewards/opportunities. This differential allocation may take the form of whites receiving privileged network opportunities, blacks receiving lesser medical care, or racial discrepancies in access to government programs designed to increase public well-being. In each case, race embodies a dynamic social mechanism (i.e., process) that utilizes the racial classification of individuals/groups to create and reinforce inequality in the context of social interaction. Thus, race is more than a shared characteristic of individuals and groups.

This article interrogates the methodological issues surrounding the social scientific study of race as a genetic characteristic of individuals and groups. Our main contention is that race is not a genetic variable; it is not a neatly measurable, individual-level genetic concept that can be easily socially or statistically manipulated. Furthermore, the phenotypic characteristics that racial classification embodies are not the driving mechanisms of racial identity or racial inequality. Rather, these phenotypical differences (i.e., racial classifications) represent cues that the social structure has used to order, distinguish, and exclude certain groups and, subsequently, produce real differences in social opportunities and outcomes, as well as biomarkers and gene expression. Race, then, is not an individual, genetic characteristic. Race is a social process that draws on phenotypic characteristics to order relationships and has implications for social behaviors and outcomes, as well as gene expression. 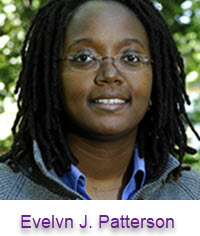 contribute to racial inequality. Furthermore, this practice readily leads to flawed policy recommendations that center on individual-level racial characteristics, and overlook the particular societal mechanisms at play. This error has marred social science throughout its history; the biased and malicious application of the scientific method to studying race as a characteristic of individuals has historically been used to justify racial inequality. We question the use of advanced statistical methodology to buttress the resurgence of antiquated conceptualizations of race as an individual, genetic characteristic. Social scientists engaged in this practice may find legitimacy in the use of advanced statistical methods and genomic research. However, their conceptualization of race and the related meaning of racial inequality are merely new versions of older pseudoscientific ideas.

Our article adds to the growing literature on deconstructing the use of race as a genetic characteristic by revealing both the theoretical and methodological missteps of this work, and outlining ways that scholars can avoid treating race as a genetic fact. Race is a social fact and should not be studied as if it were a genetic reality. In what follows, we briefly outline the background of the (mis)application of scientific methods to studying racial inequality as a genetic fact. Then, using research in criminology as a backdrop, we examine the theoretical and methodological connections of modern genetic research on race with their earlier pseudoscientific foundation that has seemingly been ignored in this literature. We use this comparative analysis to shed additional light on the methodological issues of studying race as an individual-level genetic characteristic and as a means to outline the rationale for treating race as a social process. We conclude with methodological recommendations for studying the process of race and racial inequality that address both the structure of race and gene expression. 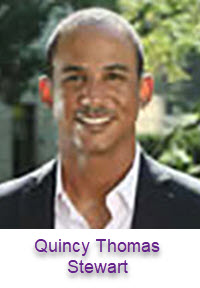 Long ago, social scientists passed the point of no return in genetic research on race: the question is not whether scholars will examine genetics vis-à-vis social outcomes, but how they will integrate the understandings of genetics/genomics into racial research. Will the social scientist interested in the genetic processes in society follow the pitfalls of the past in producing their racial statistics? Or will we see a new rationale that recognizes our common humanity and racialized social experiences? The answer to these questions largely rests on the willingness of scholars to critically engage race as a social process rather than an individual, genetic characteristic.

The research of Chen and Miller as well as Kuzawa and Sweet discussed in the previous section illustrates that social scientists are capable of performing highquality genetic research that engages race as a social process. In contrast to research that views race as an individual, genetic characteristic, these scholars' work showcases how race shapes the life experiences of people and, subsequently, influences gene expression and biological functioning. This work does not draw on statistical relationships between race, genetics, and other outcomes in a survey to make inferences about the role of genes in race, racial classification, and racial inequality. Rather, it begins with the position that racial classification is a cue that those in power of a social structure use to order, distinguish, and exclude certain groups in various domains. This structure (i.e., race) produces real differences in opportunities and experiences and has the capacity to change biomarkers and shape gene expression. As a consequence of their position, these authors are better able to capture how racial classification is tied to genetics--through gene expression, including epigenetics. This work captures race as a social process.

Indeed, the efforts to test if blacks and other non-white groups are fully human have long had a currency in the social sciences. Research in this area laid the foundation for modern statistics and was a major part of early social-scientific research. This work declined following the defeat of the fascists in World War II; the political implications of eugenic thought were exposed, and overt arguments attributing social differences to genetic differences among humans fell out of favor. While the language may have changed, the idea of race continued to be accepted in science and medicine. Unfortunately, new arguments on the genetics of race draw on the historically flawed notion that race is an individual, genetic characteristic. It may be time to assume that we are all equal human beings who are part of a larger system of stratification and proceed from this point forward.

Tukufu Zuberi is the Lasry Professor of Race Relations and a professor of sociology at the University of Pennsylvania.

Evelyn J. Patterson is an assistant professor of sociology at Vanderbilt University.

Quincy Thomas Stewart is an associate professor of sociology and faculty fellow in the Institute for Policy Research at Northwestern University.