Race Consciousness: a Mere Means of Preventing Escapes from the Control of Her White Masters? 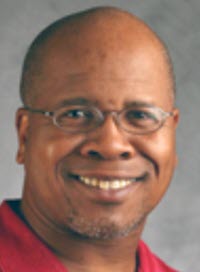 By four or five, I will be race aware. For what reason? Am I safer because I focus on race? Do I feel freer? Can I walk where I please? Can I dream? Can I share my dreams? The answer to these questions is probably no because I'm fear focused! My dream's winged flight like Icarus' melts away in the heat of race awareness. Race consciousness limits my primordial quest to know my God Self. It culturally enslaves me; it is a modern overseer. It whips me mentally. This whipping never stops without social struggles. Once conditioned, I am a slave without masters. Once raced, I consciously limit myself spiritually, bind myself physically, and pinion myself mentally. I never know my God Self; I am purely, simply Black.

Recently, one of my Jurisprudence students declared “I am … Black.” I asked questions: Is she really “black”? What is race? How does she know? Did she have an identity before race? Is her essential or God Self submerged? Or, does her race work interdependently with this Self? Or still, does her race consciousness sharpen (or obscure) how her Self perceives (or knows) the world? Is her race like eye glasses — if she has the proper prescription, then she can see more? If not, then will she always see the worlds slightly out of focus? If her race (or eye glasses) are too strong, will she see more, but suffer constant headaches and eye strain? Like eye glasses, should she periodically re-examine her race consciousness so that she can “see” better, so that she can see her world more (or less) through an essential Self who exists race free? Can she ever answer these questions? By posing them, is she (or am I) confessing that we live at the edge of our knowledge border? And worse (or better), by posing these questions, can we get beyond this border? If I can ever get to the border's edge, doubtful as my consciousness perennially expands, will we find insanity, a psychosis induced by Black race thinking?

When my student uncritically declared herself Black, she momentarily rejected a larger, raceless “reality.” In the absence of a white master, she accepted a race awareness that she received as a vulnerable child, and that she relies on … as false comfort. This comfort imprisons her. It denies her liberty, and in effect, she recreated her white master's control.

In making this argument, I first cursorily explore epistemology, and in this subsection, which gradually begins the allegoric conceit, I argue that all of us must engage in an epistemic quest. Without so doing, how can we really know ourselves beyond the manner in which we have allowed society to construct us? In the next subsection, I use the allegoric language to argue that we treat race consciousness like a God, and in so doing, we — especially so-called blacks — recreate slavery, principally because we continue to allow white masters to use, at the very least, Lynchian tactics to distract us from our God Self. At base, if we vest ourselves in racial identities or race consciousness, then we, even legal academics, too function as crippled thinkers, as faux savants, who cannot free others (e.g., students) because we cannot imagine ourselves as raceless, divine beings.

Throughout my marshalling of images, God stands silently. Without warning, I cut off the images. I know enough. I am still convinced that race consciousness will only hasten my spiritual death, reducing me to a modern-day slave. I stand and walk toward the hatch, the steel gate at the border of truth. God warns me away. I don't resist. I refuse to make him stronger. I simply focus on my inner God Self; I simply ignore that which I no longer care to create. I trust my “I Am.” Before I touch the gate's handle, the border dissolves. The totem of race consciousness disappears. It cannot exist, if I don't think about this white master's proxy. I take steps, unfamiliar to me. I steady myself, smiling and feeling more expansive than ever. In the distance, at a point that would require a decade's journey to reach, I see faint images of yet another border. A new God will certainly await me. However, I refuse to create that God now by thinking about him. Perhaps, after a decade's journey, I will encounter this border, and if I do, I must take responsibility for its existence and the power its God will have over me. Perhaps, after a decade's journey, I'll encounter a new version of a white master and thus of myself. It will no doubt be weaker. Until then, I choose to think not of race consciousness but of my God Self.

In this allegoric essay, I reject race consciousness as a viable tool for True Liberation. I prefer a God Self, and thus I reject a racial identity. People will relate to me through my racial construction. Too bad! While I acknowledge that none of us lives unmediated lives, I can attain a degree of enlightenment, an escape from a white master's control, by taking stock of how I use my mind. When I think, I will not resist a thing. Every time I resist, it grows stronger. I don't resist a racial identity. Instead, I meditate on my God Self. As the late Joseph Campbell pointed out, we are all meditating, except most of us mediate on our material life. Race consciousness serves as a proxy for material life, economic survival, and physical existence. If blacks don't meditate on religion which denies people the meaning of life a priori, but mediate instead on spiritualism which requires that each person live in the moment, a moment that defies the limits of racial truths, then they will not be bound by a race consciousness that a white master constructed during slavery and perfected during the Jim Crow era.

Better still, blacks could interrogate race consciousness, and then follow those questions into the uncomfortable places within their consciousness. By undertaking this epistemic quest, they will encounter themselves and their fears. One fear is crossing the borders of truth, of race consciousness, because blacks fear letting go of a Black Self.

Well, Spirit has no race, and once I looked into Spirit's face, I could never suffer a moment's injustice. And I will devote my life to making the Law just, and in order to attain this Justice, I must subject myself to deconstruction, so that justice relates to me and the other. Race consciousness impedes that relationship between me and to the Other. In the end, Justice has no color, no race consciousness, and in the hands of a Free Soul, Justice has substantive and eternal meaning.