What Is Race?: The New Constitutional Politics of Affirmative Action

Excerpted From: Mary Ziegler, What Is Race?: The New Constitutional Politics of Affirmative Action, 50 Connecticut Law Review 279 (May 2018) (418 Footnotes) (Full Document Not Available) 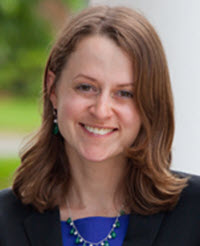 The Supreme Court's recent decision in Fisher v. University of Texas II defied expectations, upholding an affirmative-action program and opening the door for universities to adopt similar policies. Because of the result in Fisher II, commentators have mostly focused on the potential Fisher II holds out for universities interested in increasing racial diversity. Using original historical research, this Article contends that Fisher II matters just as much because of the new challenges it reveals for proponents of affirmative action. Read together with the Court's recent decision in Schuette v. Coalition to Defend Affirmative Action, the dissents in Fisher II lay bare profound dangers confronting proponents of affirmative action, regardless of the outcome in Fisher II. In addition to praising colorblindness, the Court has cast doubt on the very definition of race.

In Schuette, Michigan had amended its state constitution to prevent the use of racial preferences by any university system or school district. Rejecting a Fourteenth Amendment challenge, the Court upheld Michigan's law. The plurality went to considerable lengths to explain that Schuette in no way touched on the constitutionality or merits of race-based admissions. However, the Court also questioned whether it was possible any longer for the racial categories used in affirmative-action programs to have any value. “[I]n a society in which [racial] lines are becoming more blurred,” Schuette explains, “the attempt to define race-based categories ... raises serious questions of its own.” The dissenters in Fisher II spotlight this argument, insisting that racial categories are “ill suited for the more integrated country that we are rapidly becoming.”

Studying the origin of the argument at the heart of the Fisher II dissents, the Article explores the future of challenges to affirmative action. Historians and critical race theorists (CRTs) have long contended that race is a social construct--the product of struggles over class and political power. For these scholars, understanding race in this way exposes the institutional racism concealed by superficially neutral laws.

For decades, opponents of affirmative action dismissed these arguments out of hand. In the past, these activists consistently used race to describe the color of one's skin, but the meaning of race itself had not played a central part in challenges to the constitutional legitimacy of affirmative action. However, Schuette and Fisher II represent the culmination of a process of movement-countermovement dialogue and consensus. Far from denying claims that race is a construct, opponents of affirmative action now use those claims to their advantage. For anti-affirmative-action amici and activists, the idea that race is a social construct now militates in favor of colorblindness. Since race is a social construct, it is argued to be devoid of meaning. Any use of race, in this account, becomes an unfair and incoherent allocation of government benefits.

Regardless of whether it has stable meaning, race shapes individual opportunities and experiences. When voluntarily assumed, racial identities can be powerful expressions of self. As the new anti-affirmative-action activism makes plain, the question is how courts can address racial discrimination when racial identities themselves are fluid and complex. The Article looks to employment discrimination law--and to “regarded-as” theories of liability--as a framework for judges seeking to address the reality of race discrimination without reifying racial categories. Under the Americans with Disabilities Act (ADA) and the Americans with Disability Act Amendments Act of 2009 (ADAAA), a worker may in certain cases seek relief when she is regarded as disabled--regardless of whether she belongs to a protected class. Under such a “regarded-as” theory, what matters is not that an individual belongs to a particular biological or cultural category, but rather that the individual experiences the stereotypes associated with it. Regarded-as theories will allow courts to avoid placing individuals in one racial category or another. Instead, by turning to a developed body of law, courts can recognize the reality of discrimination without reinforcing the fiction of race.

Part I traces the origins of the movement-countermovement dialogue from which Schuette and Fisher II emerged. This Part lays out three influential phases in the history of opposition to affirmative action. This story begins with the fight led by Jewish organizations and unions to define legitimate affirmative action. While denouncing race-based quotas, these activists urged the government to introduce education and training programs designed to level the playing field.

In the 1970s, as Part I shows, with a revival of white ethnic identity, opposition to affirmative action took a dramatic turn. As the Supreme Court's decision in Regents of the University of California v. Bakke makes clear, opponents of affirmative action began challenging the definition of a racial majority rather than the justice of anti subordination approaches to race. Identifying themselves as victims of discrimination, a variety of white ethnics urged the Court to extend constitutional protection to them. The colorblindness arguments now so familiar to scholars of affirmative action came to the fore when the recently mobilized New Right attacked the core premise of anti subordination reasoning.

As Part I demonstrates, the ascendancy of colorblindness rhetoric in the 1990s and 2000s concealed a more complex story about efforts to respond to the diversity rationale developed prior to, and endorsed by, the Supreme Court in Grutter v. Bollinger. Some activists echoed earlier arguments about the unfairness of race-specific policies. Gradually, however, opponents of affirmative action began presenting the very idea of diversity as incoherent. Borrowing from claims about race made by historians and CRTs, affirmative-action opponents maintained that the categories universities used to achieve diversity were arbitrary and unjust.

Drawing on this historical narrative, Part II foregrounds the new threat to affirmative-action programs articulated in Schuette and Fisher II.

The future of affirmative-action law will depend on more than the Court's understanding of how strict scrutiny operates in the context of race. The fate of affirmative action in the courts will also depend on whether progressives can reconcile support for an antisubordination vision of the Constitution with the belief that race is a social construct.

Part III develops a legal framework to address new anti-affirmative-action arguments about the social construction of race. Looking to ADA case law and Title VII individual disparate treatment cases, the Article proposes that affirmative-action law should recognize that individuals may suffer serious-- and adverse--consequences when they are regarded as members of a particular race. As regarded-as reasoning shows, relevant decision makers rely not only on skin color, but also on a variety of proxies--including class, education, place of residence, dress, voice, and name--in judging an individual's racial identity.

Part III also confronts potential problems with applying regarded-as reasoning in the context of university admissions. When students categorize themselves by race, admissions officers explicitly ask about racial identity, and minority status often strengthens applicants' candidacies. An examination of the Guidance on the Voluntary Use of Race in Postsecondary Admissions issued by the Departments of Education and Justice reveals that some admissions officers likely already rely on regarded-as reasoning. The use of proxies allows universities to comply with the Supreme Court's race-discrimination mandates while limiting self-serving behavior. At the same time, regarded-as reasoning better captures the fluidity of racial identity. The Article closes with a brief conclusion.

It is tempting to view colorblind constitutionalism through the lens of contemporary politics. Opposition to affirmative action has become a signature position of the political Right, synonymous with faith in the free market, emphasis on the harms created by racial classifications, and concern about discrimination against whites. The history of opposition to affirmative action shows, however, that the politics of colorblindness have been contested and complex. The players and terms of the anti-affirmative-action debate have changed considerably over time, and the form of “reactionary” colorblindness familiar to us from the dissents of Justices Thomas and Scalia developed only recently.

Viewed in historical context, the stakes of Fisher II become clearer. More than ever before, the Supreme Court has come to grapple with what race means. However, the Court's growing awareness of the social construction of race has created new challenges for supporters of an anti subordination vision of the Constitution. Opponents of affirmative action have marshalled new arguments, borrowing from the claims long advanced by historians and CRT theorists. These activists argue that if race is artificial, race-conscious admissions programs are unfair, arbitrary, and easy to manipulate.

Nevertheless, future battles over affirmative action may open up an unexpected opportunity. Those on opposing sides of the affirmative-action issue have come to an uneasy consensus that racial identities are fluid, contested, and socially determined. Perhaps for the first time, in using regarded-as reasoning, discrimination jurisprudence will come to grips with what race means in modern America.